On a gorgeous morning, about 60 bicyclists of all ages and riding all types of bicycles launched the Seminole Heights Bicycle Club maiden bike ride.

We welcomed our special guess bicyclist, Mayor Pam Iorio, who pedaled with us on the club's inaugural 6-mile bike ride. Mayor Iorio said a few words during a ride break at Patterson Street Park, where the mayor praised Seminole Heights as a great neighborhood and said she supports bicycling.

In fact, the mayor said the city was behind a DOT project to resurface Nebraska Avenue from Hillsborough Avenue to downtown and even said she will make sure that Platt Street -- a wide three-lane, one-way road that leads from the Hyde Park area to downtown -- will also get a striped bike lane.

I want to thank Tiffany Cox, the manager of the Seminole Heights Starbucks, for providing free coffee and water at Patterson Street Park about halfway through our bike ride.

There was a wonderful spirit of bicycling comradery and the Seminole Heights Bicycle Club looks forward to building on this morning's successful bike ride. 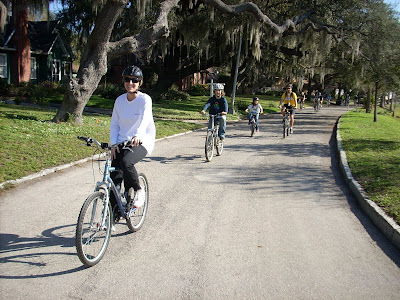 We took a class photo at the park along the route. 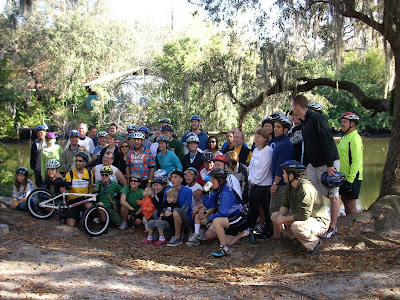 That's Tampa bicycle enthusiast Eddie Wall, who has been around the block a few times on his bike. Eddie does a great job listing the weekend's bike rides. 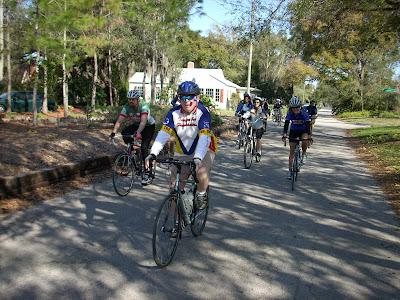 The victory lap around Lake Roberta. 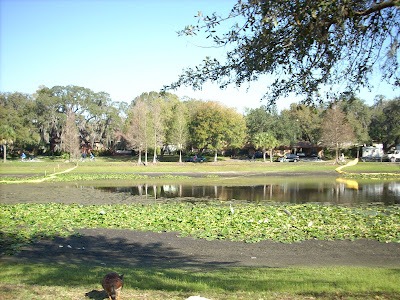 That's Matt biking along, with Mike Limerick right behind. 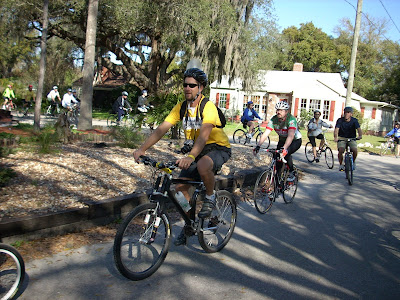 I was happy that Mayor Iorio came for the ride and said she will help put a bike lane on Platt Street, a wide one-way road that leads from the Hyde Park area into downtown Tampa. 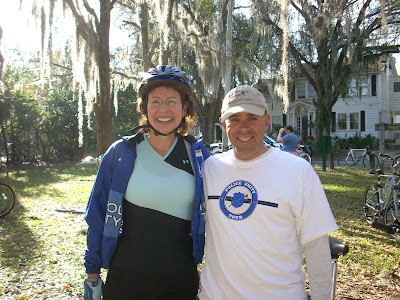 Neighbor Ian had a great time on the bike ride. 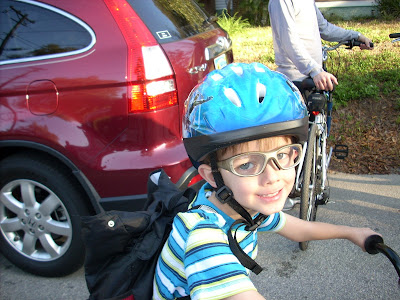 What a fun time. Can't wait until the next one!