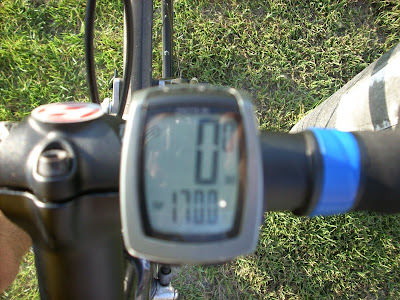 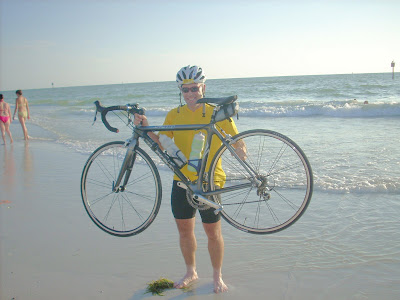 Bill Fox's spirit lived on today as I was blessed with incredible friends and wonderful weather to motivate me to bike across the state, coast to coast.

Steve Swiger was a selfless SAG man keeping me hydrated and carboloaded through the day. My sweetie Jennifer and fellow Seminole Heights Bicycle Clubber Ken Sturrock came through at mile 135 as I reached Tampa. Jennifer recited a beautiful prayer to get the ride off to an emotional start and later was the Annie Lebowitz of the ride, taking photos during the last 35 miles while Ken was the very understanding driver. Ellen Pierson showed up at the Courtney Campbell Causeway at mile 153 and biked in with me, along with Steve who biked the last few miles. Even Mary Young showed up at the end in Clearwater Beach to express her kind wishes. 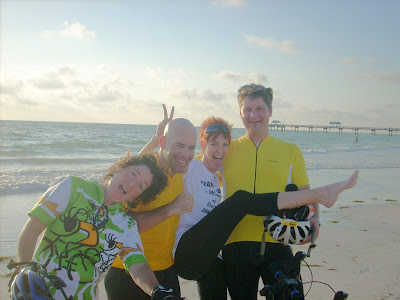 Biking is about leg power. It's also about a lot more. It's about mentally plotting out a route, sharing a love for cycling and buying into a simple notion that if you keep pedaling you will get wherever you want to go. 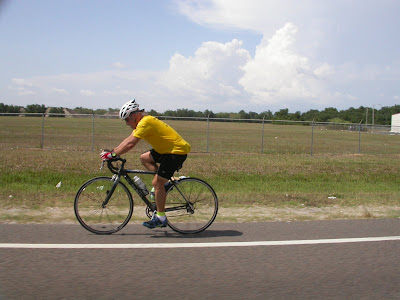 The ride went splendidly and I picked State Road 60 for a reason -- despite people's fears, I wanted to show you can bike miles and miles on any road and be safe. In fact, the early Sunday morning ride west of Yeehaw Junction was hauntingly beautiful; the cycling in the pre-dawn darkness outside Vero Beach was exhilirating; the climbing of the bridge out of downtown Clearwater to the Beach revealed breathtaking vistas of the Intracoastal and the Gulf. 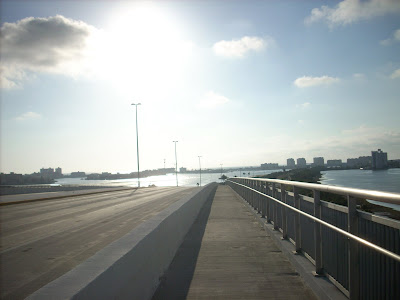 As Ken and Steve pointed out, this little journey from one end of SR 60 to the other offered every face of Florida -- the serene natural beauty of its central state terrain west of Yeehaw Junction; the commercial sprawl of Brandon and Clearwater; the environmental wasteland along phosphate alley west of Bartow; the sleezy nudie bar scene of Tampa between I-75 and downtown Tampa; the lovely ocean beaches of Vero Beach and Clearwater Beach.

I loved sharing this ride with the folks who shared it with me with their love and support. Cycling can be solitary but it also can be uplifting thanks to people's mutual love for pedaling. 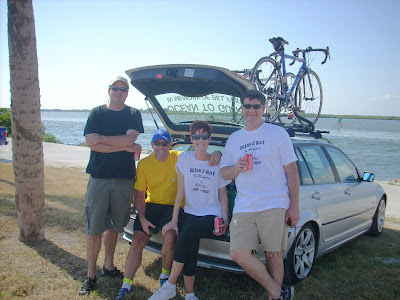 I will be sharing photos later tonight when I return home to Seminole Heights. If you love bicycling, share that love. 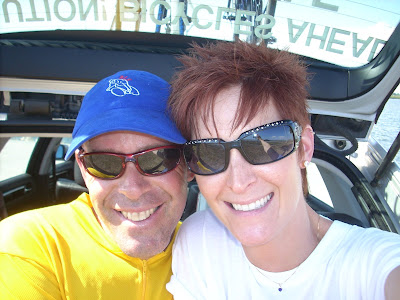 Alan,
You are amazing and inspiring. You definitely do what you love and show people they can do it too. Also for a great cause, remembering a man who inspired others by following his example. Very nice