Today is National Bike to Work Day and I joined four others at the Starbucks in Seminole Heights for a ride into downtown Tampa. The Tampa Downtown Pernership, under the tutalage of Karen Kress, set up 12 bike routes from all directions to lead bike commuters into downtown.

We joined some 20 other bicyclists at the downtown Indigos's coffeehouse. There were the makings of a real-live bicycle movement around here as we swapped biking stories and tales about our bicycles. I reprsented SWFBUD, while Just Ride Bicycles shop owner snd SWFBUD member David Luppino was there, too.

Michael Moule, a downtown street planner and bike commuter was there, along with more than a half-dozen HOK Architect employees and Jim Shirk, of course, all around Tampa bicycle guy. In all, it was a wonderful feel.

Here, Karen and Gena Torres bike down Central Avenue on the way to downtown 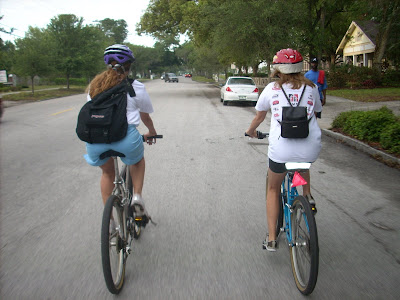 The magnificent mane of hair flowing from the back of the helmet is connected to the head of none other than Gena Torres, coordinator for the Hillsborough County/Tampa Bicycle-Pedestrian Advisory Committee. 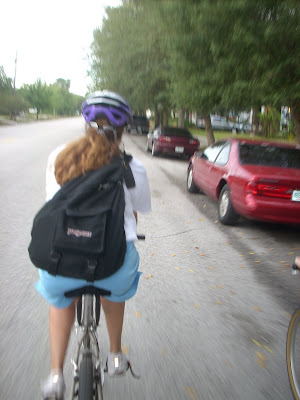 Kimberly comes around the corner on the way to downtown Tampa. 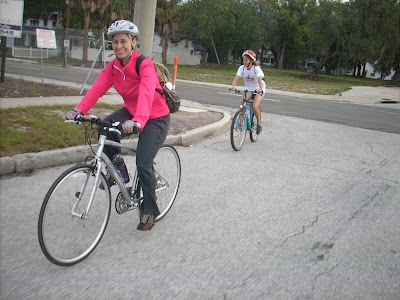 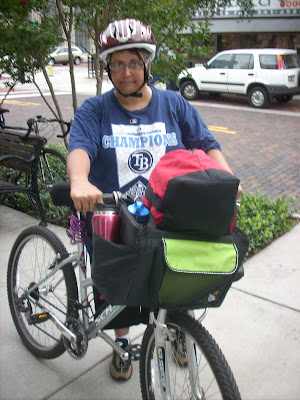 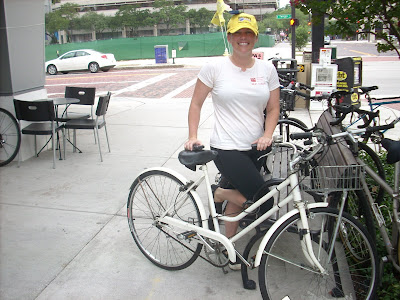 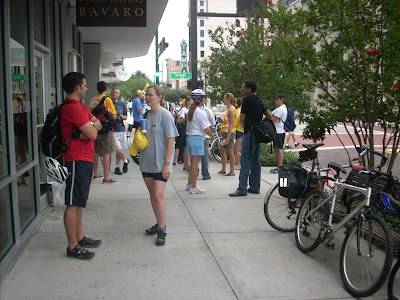 Off to work. On a bicycle. 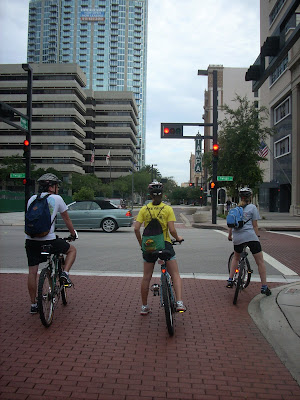