Stay Tuned For Two Meetings On The Friendship Trail In June 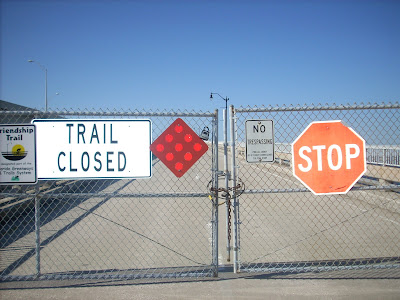 Folks, many of you used the now-closed Friendship Trail and want the trail re-opened. Well, you'll get your chance to talk at two important public meetings to held by the Friendship Trailbridge Oversight Committee -- a public panel made up of county commissioners and staff members from both Hillsborough and Pinellas counties.

The meetings will be in June. They have not been scheduled as of today. 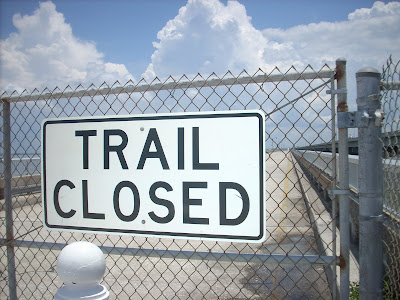 Here were the findings of a report that was discussed Tuesday:

-- inspection and invasive testing of the lower spans of the bridge on each side confirmed the initial reports that girders were heavily corroded and broken.


-- significant repairs would be required from the entrances of the bridge up to the ends of the catwalks on both sides. A full repair of the entire bridge, in order to reopen it to recreational use, would cost $15 million, but would only extend the life of the bridge an additional ten years before it would need to be demolished.

-- repairing just the spans from the entrances to the ends of the catwalks would cost $10 million, which would include demolishing the high span. But the repaired sections would still only be structurally sound for 10 years, and require eventual demolition.

-- demolishing the entire bridge and building two new fishing piers now at either end of the bridge in its current location would cost $17.5 million. These piers might eventually need to be relocated when a new Gandy Bridge is built, after the current one outlives its life span.

-- demolishing the entire bridge and building new fishing piers off the new Gandy Bridge after it is constructed would cost $13 million to demolish the bridge now and an additional estimated $6.5 million to build the new piers in the future. 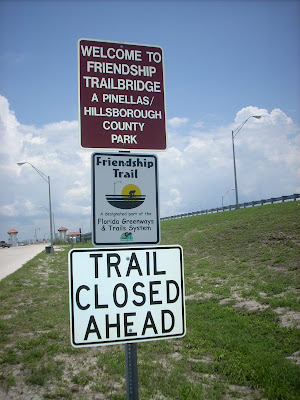