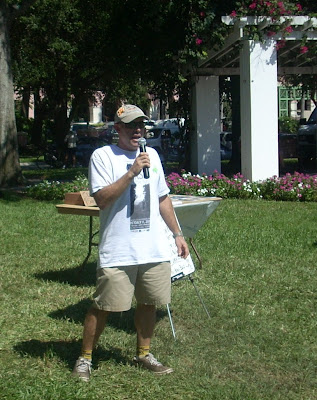 Today's Bicycle Bash by the Bay was all about celebrating bicycling in Tampa Bay.

SWFBUD puts on the Bicycle Bash by the Bay -- Tampa Bay's bicycle festival -- to shine a light on cycling,

But when I spoke to people at the Bash today at North Straub Park, I said it's important to have fun with bicycles but at the end of the day we were there to speak out politically about gaining a bigger bite of the infrastructure pie for bicyclists.

So we had great fun with terrific exhibitors but we also included a SWFBUDdy Award program to recognize the pro-bicycle work of political leaders. The fact the cities and counties that flourish are the ones that embrace bicycling and build roads and trails designed to be hospitable for bicyclist

When you shop at a SWFBUD bicycle store, you're suppoting bicycle advocacy in the Tampa. And SWFBUD makes a difference. Besides putting on the Bicycle Bash by the Bay, we worked with Commissioner Mark Sharpe to keep the county's parks open seven days a week. Adam Beland of Bicycle Outfitters is emblematic of the SWFBUD bike shop owner who cares about cycling and getting people on bikes. 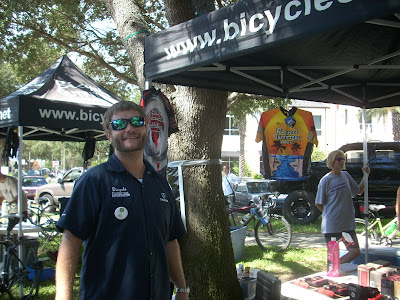 Geoff Lanier, owner of Suncoast Trailside Bicycles, is also another SWFBUD shop owner who had a terrific booth today -- he had different photos and bicycles showing the various categories of cycling. 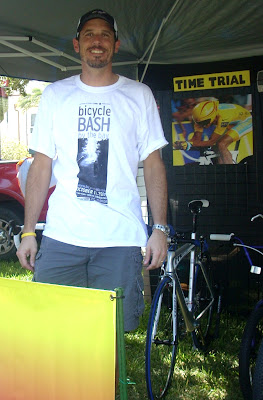 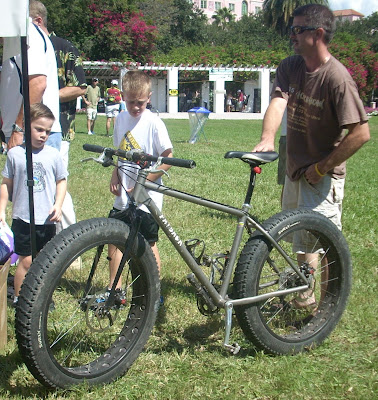 Rachel VanSlyke sang her heart out. Only a year and a half ago I met Rachel in the Polk County city if Dundee on US 27 in a shopping plaza. Rachel was biking from Miami to Montreal playing gigs along the way and had a flat tire. I helped you fix her tire, then biked 10 or 12 miles north on US 27 with her.

It was wonderful that Rachel could come from her home in South Carolina to sing at the Bicycle Bash by the Bay. 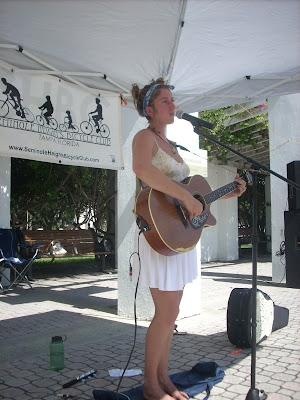 The Seminole Heights Bicycle Club, fresh off its command performance in a story that ran in Bicycling Magazine, offered Rachel the club tent when she sang at 2 pm for her second set. 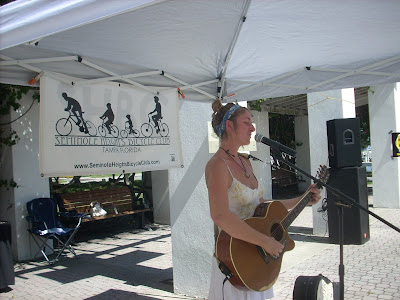 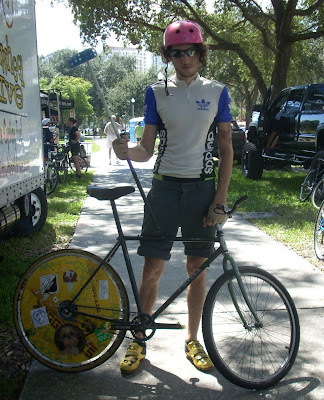 That's a good-looking tri right there. 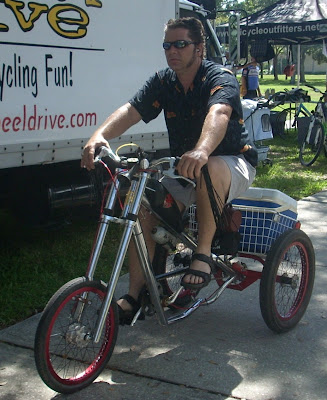 SWFBUD was especially happy to recognize the work of Denise Rigali, an everyday person like you or me who bought 12 bikes for kids. 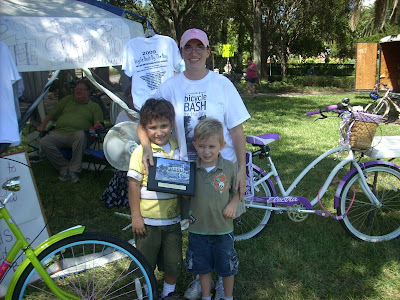 It's not every day kids ride a bicycle, hop off the bicycle and start doing dance routines on a dance floor. But you saw that at the Bicycle Bash by the Bay, where the 4-H Bicycle Brigade led by Gina Hunter pictuired here danced up a storm. 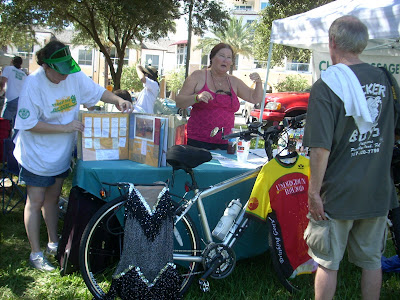 We had the sidecar cyclist. 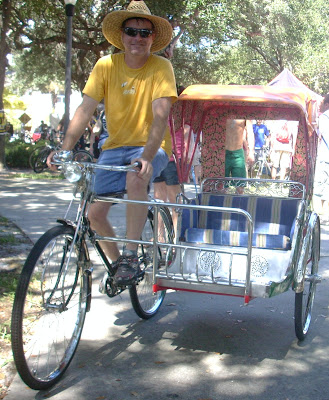 Check out the kiddo pedaling the bike on the rollers to make a smoothie. 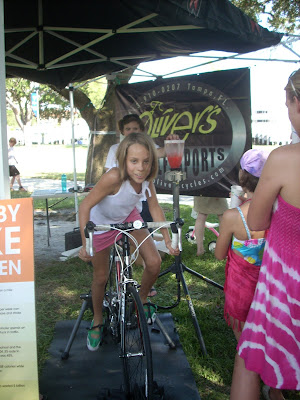 This little fella was cycling a pushcart made for pizza. 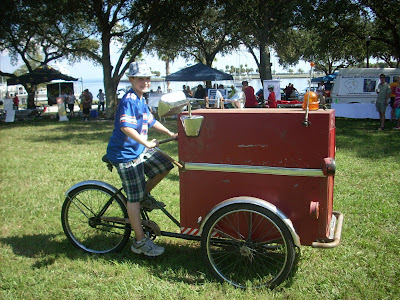 I'm always amazed that an hour after the Bicycle Bash closes the park returns to its former quiet self. 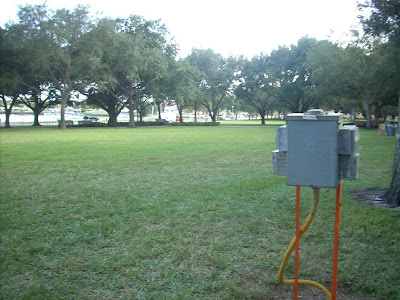 Great job again,Alan..thanks for putting on another great event!