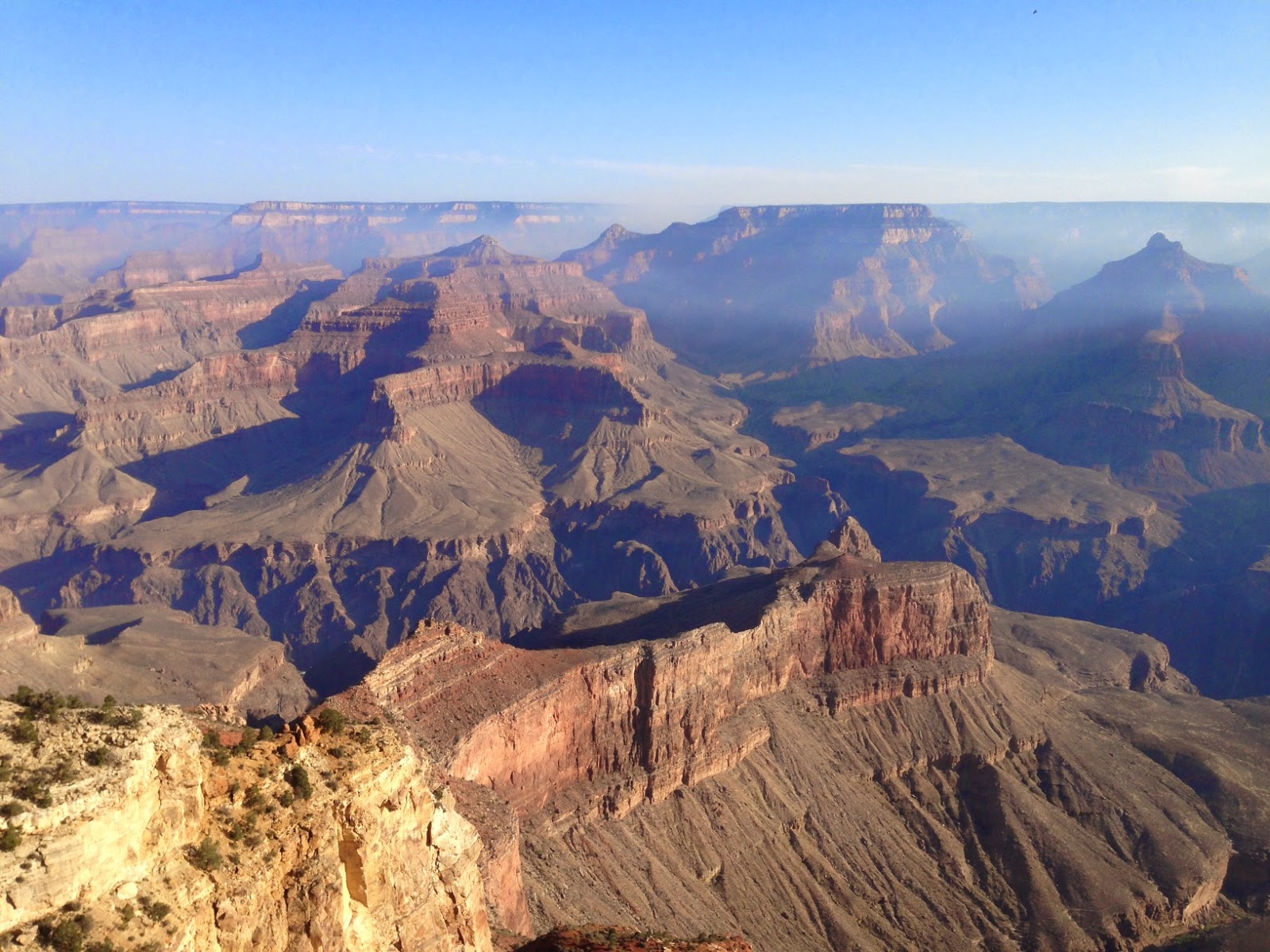 The California condor is one homely-looking bird, the park ranger explained. The condors piss on themselves and have other quirky habits, he said.

But they're a pleasant sight at the Grand Canyon, Mr. Richard Ranger said.

One of the fun highlights was bumping into the ranger's chat on the condor in a crude, make-shift mini-amphitheater right on the canyon rim near the Bright Angel Lodge.

This weekend was my first visit to the Grand Canyon. And the place lived up to its hype.

The sheer vastness is overwhelming. And while most massive three-dimensional land formations are usually mountains, in this case I was looking down instead of up in awe. 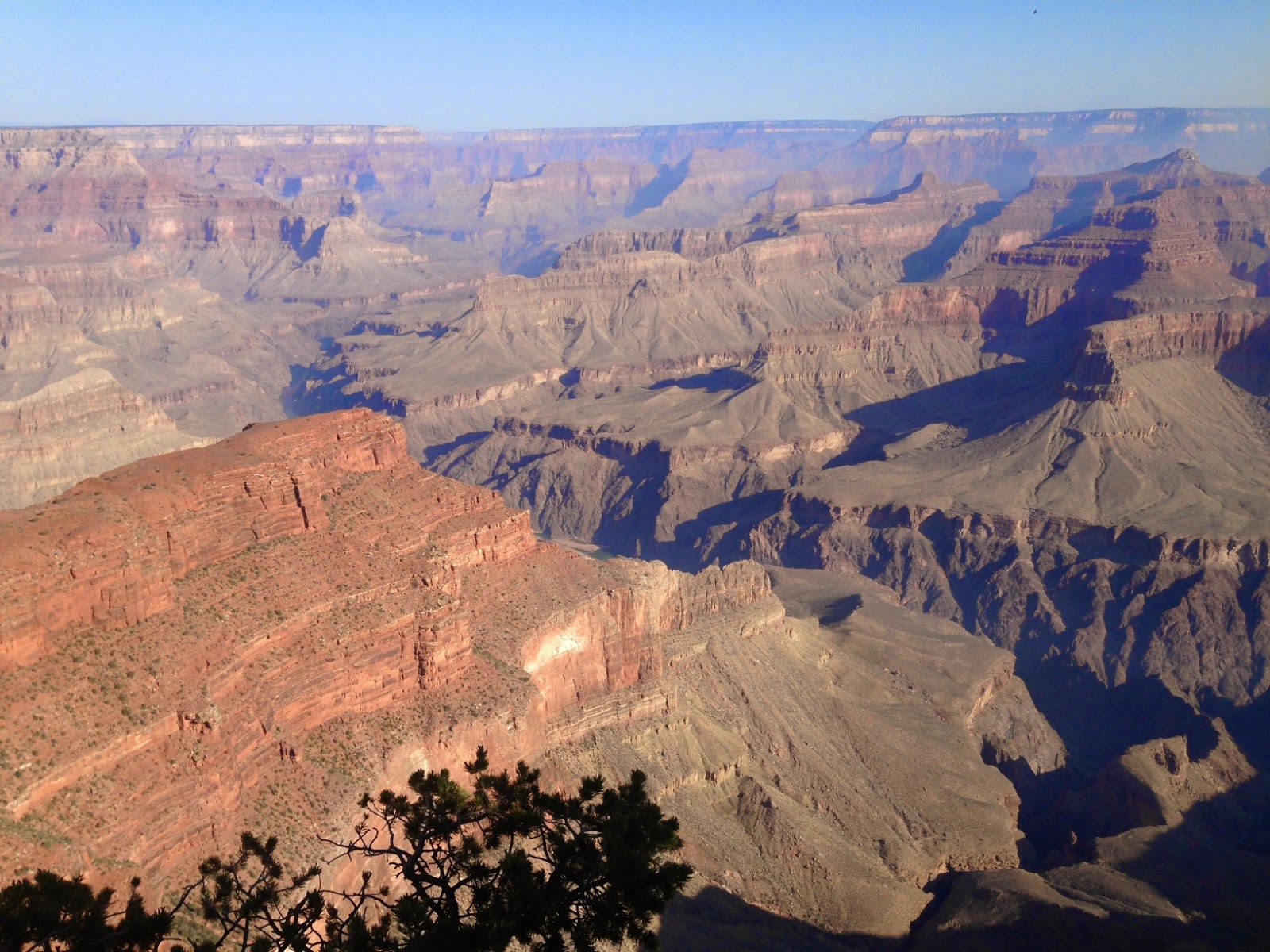 The good news about the condor is that this once rarely-seen bird is back.

And the ranger giving the condor talk hit the jackpot when a condor took flight right behind while he gave his chat.

Just this morning on Sunday there was another park ranger waving a TV antenna-looking device on the rim off a parking lot near the Bright Angel Trail.

Whoa nellie, the condors are back, big-time.

The Rim Trail offers amazing access to the edge and the views. Most of the trail is paved, but there are some dirt sections, too. 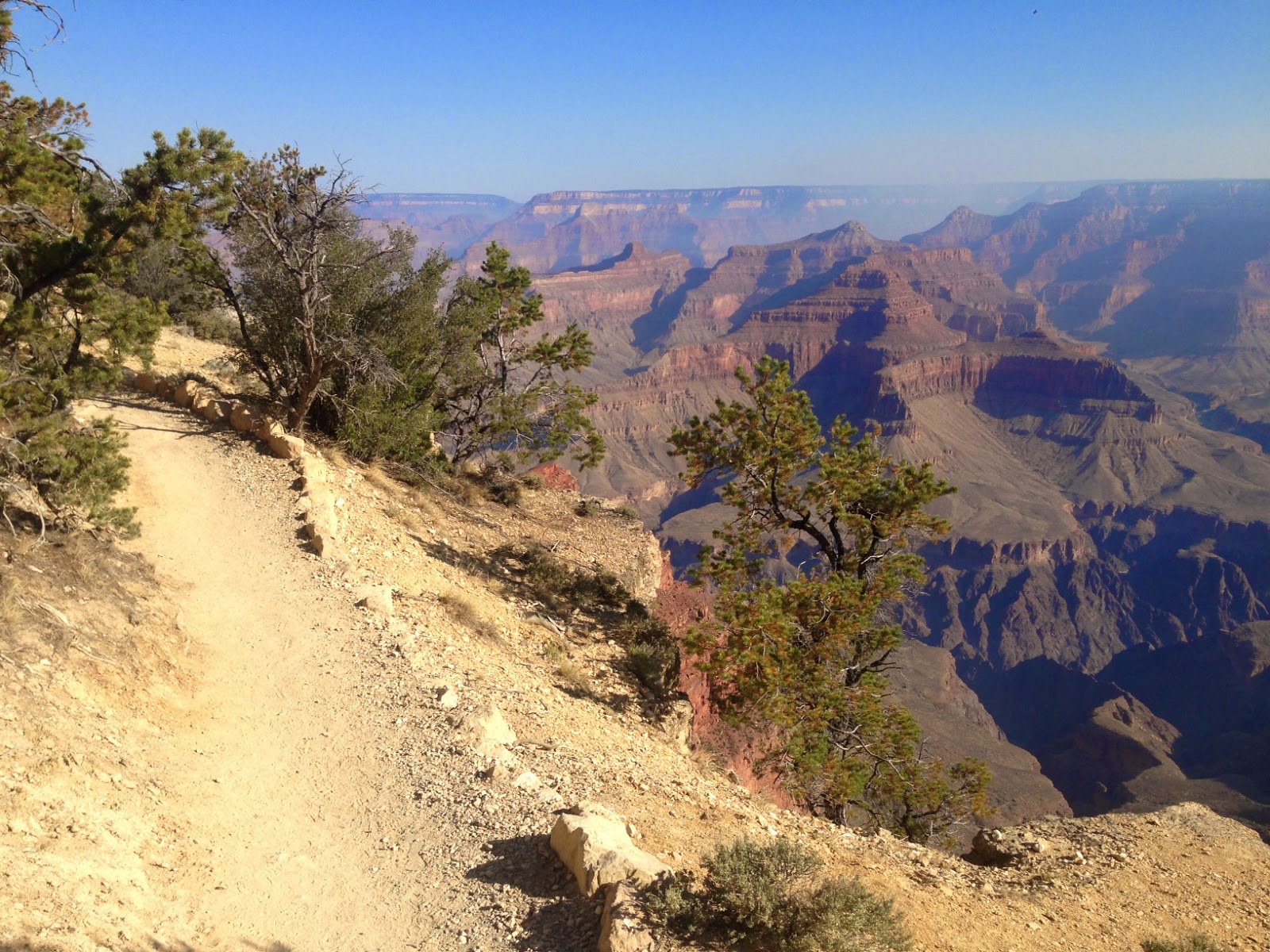 There's also a separate paved trail for bicyclists, which I checked out. 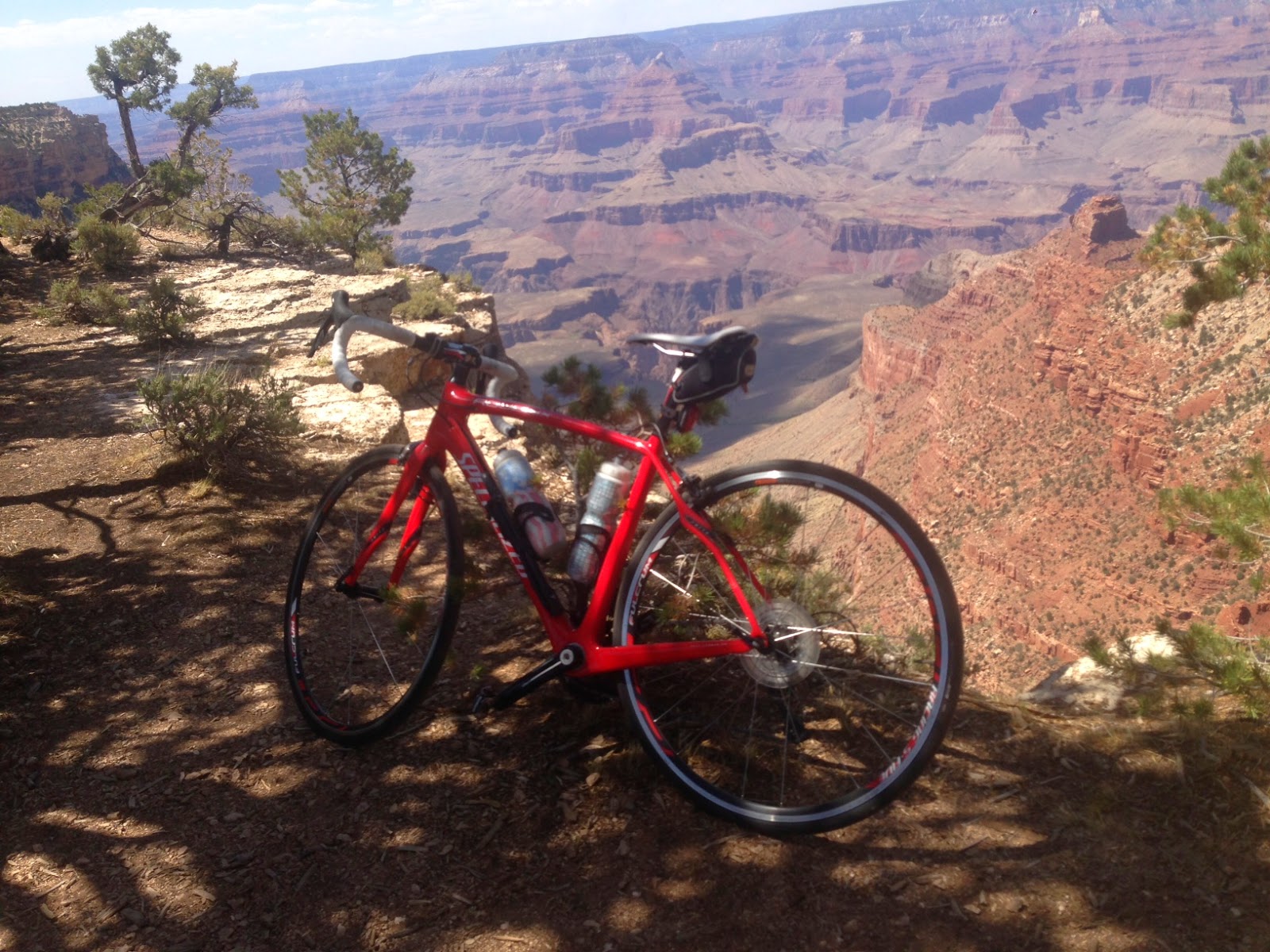 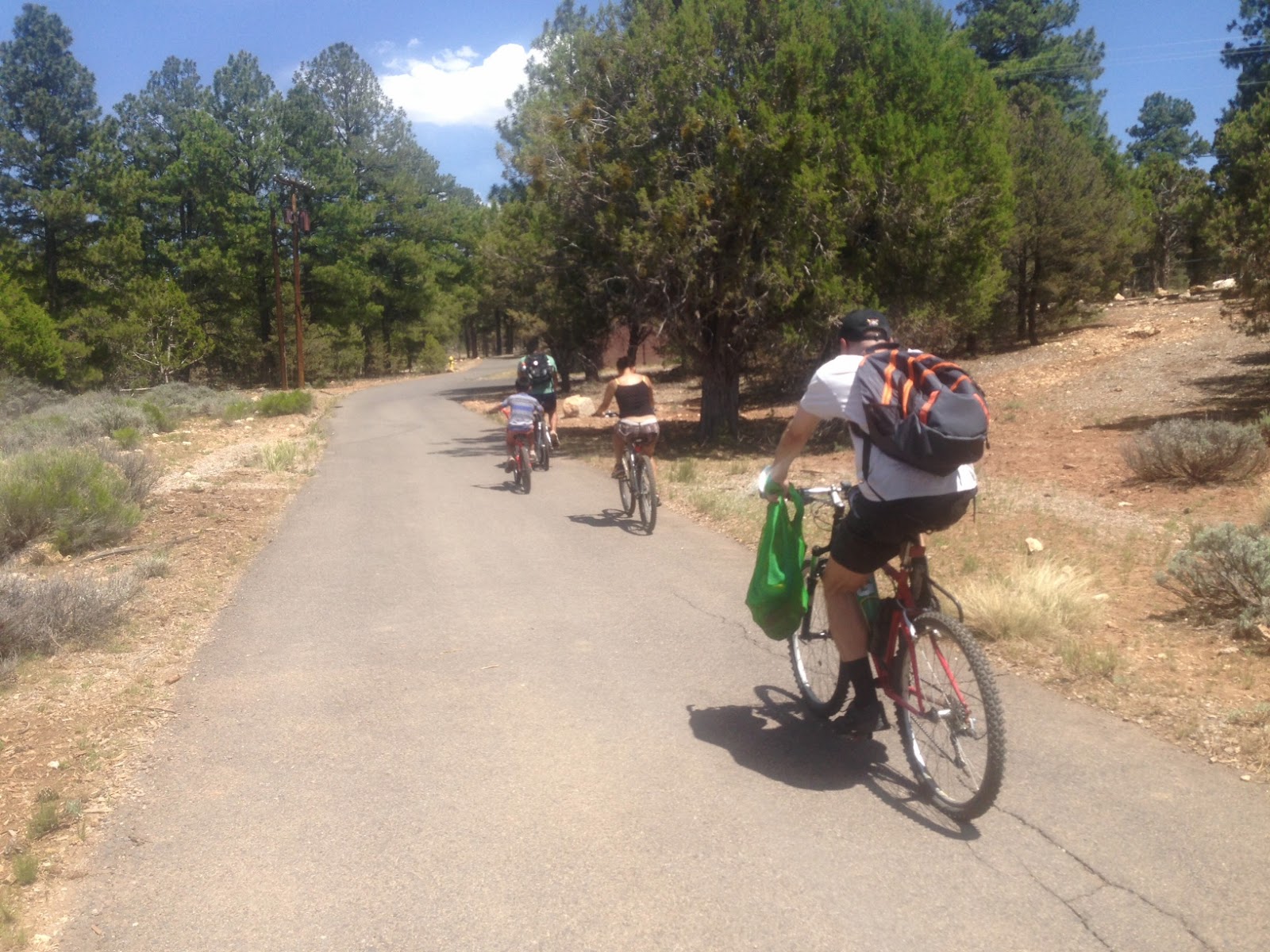 The Grand Canyon draws 4.5 million visitors a year. I heard many different languages being spoken, especially many European languages.

"It's a geology book come to life," a ranger told a group near the rim. 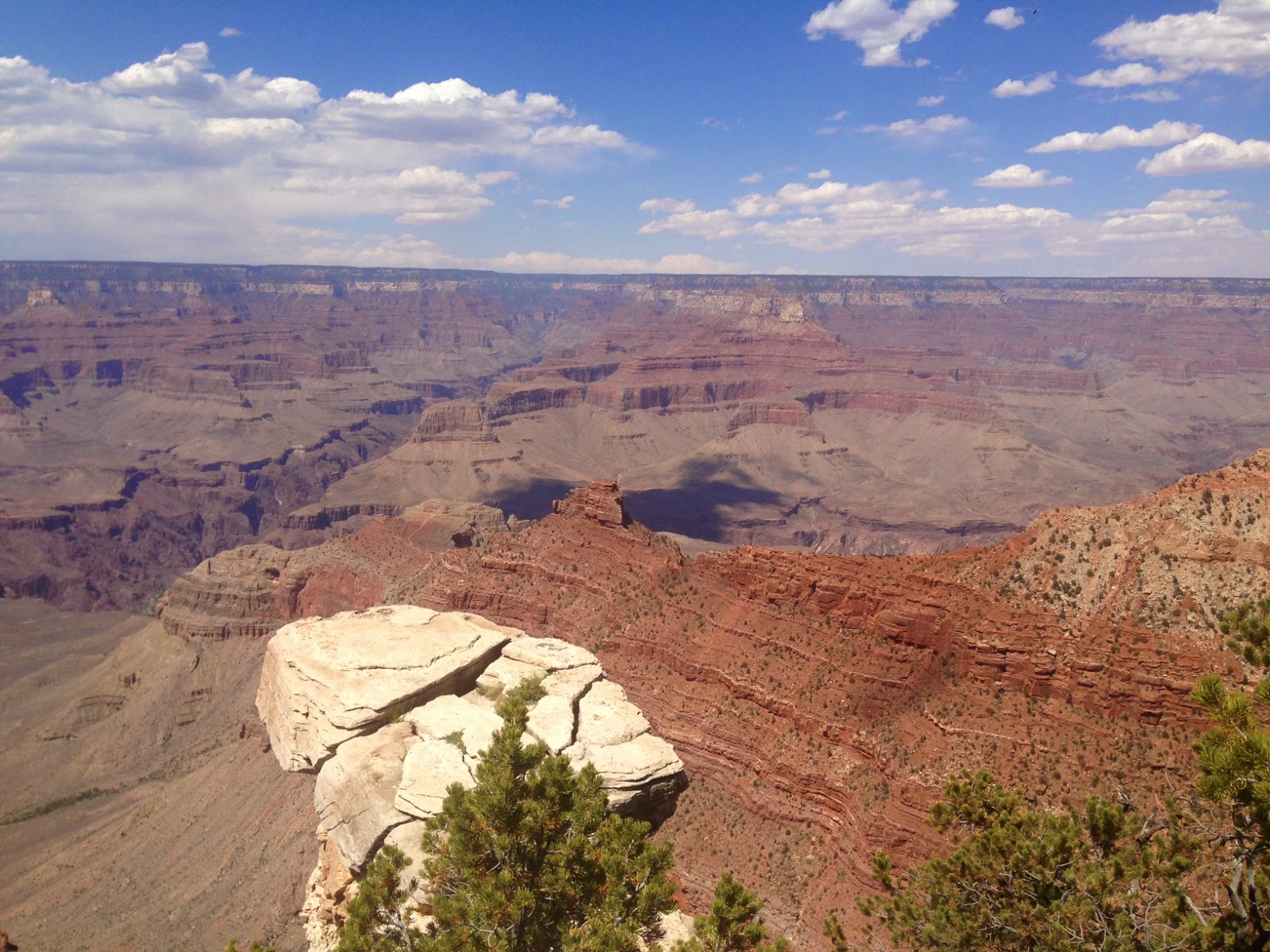 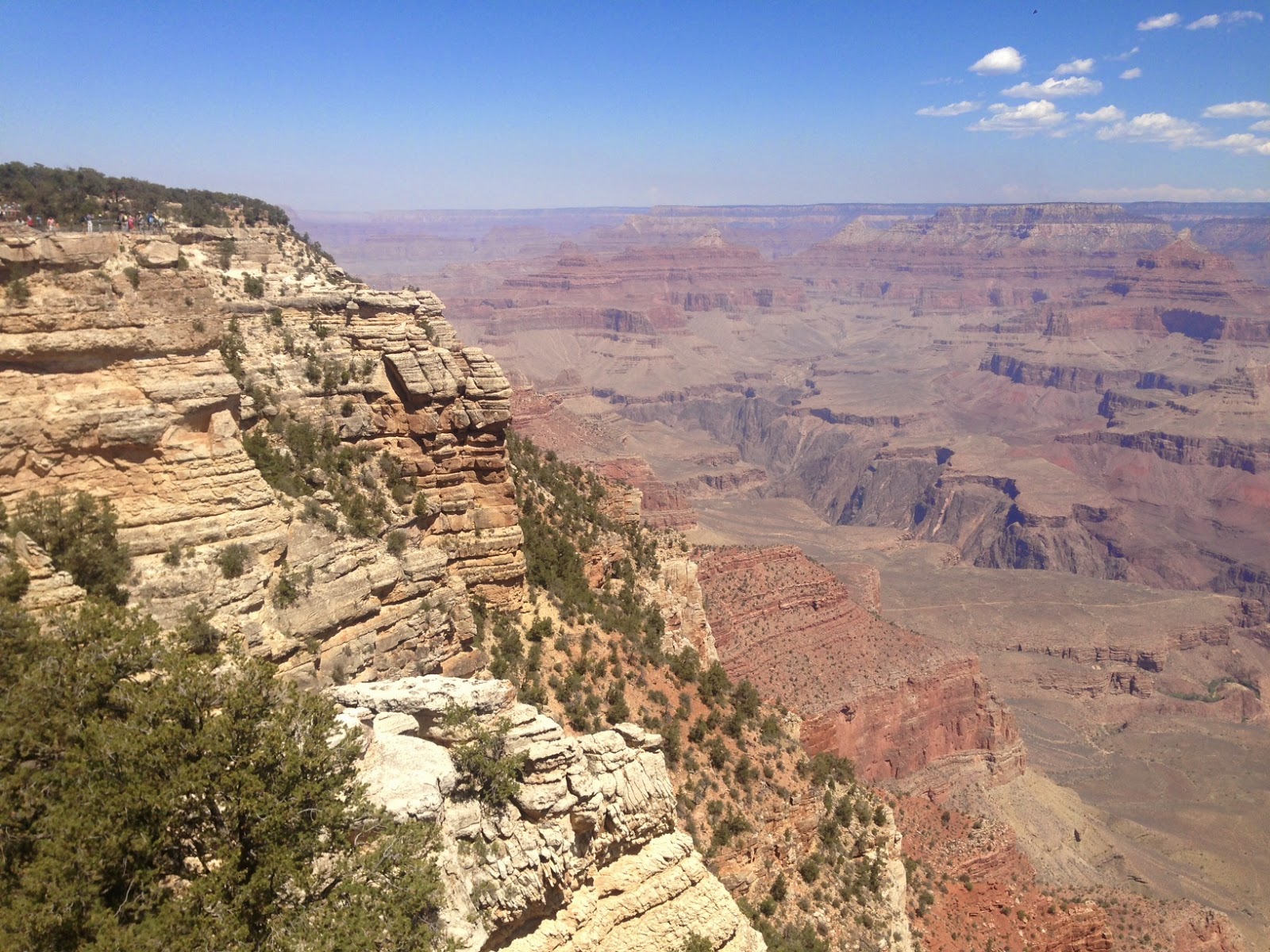 And the most popular trail is the Bright Angel Trail, which winds its way down to the canyon floor and Phantom Ranch. A sign warns visitors to not try and do the entire Bright Angel Trail down and back in one day because the park said many hikers have died or suffered injuries. 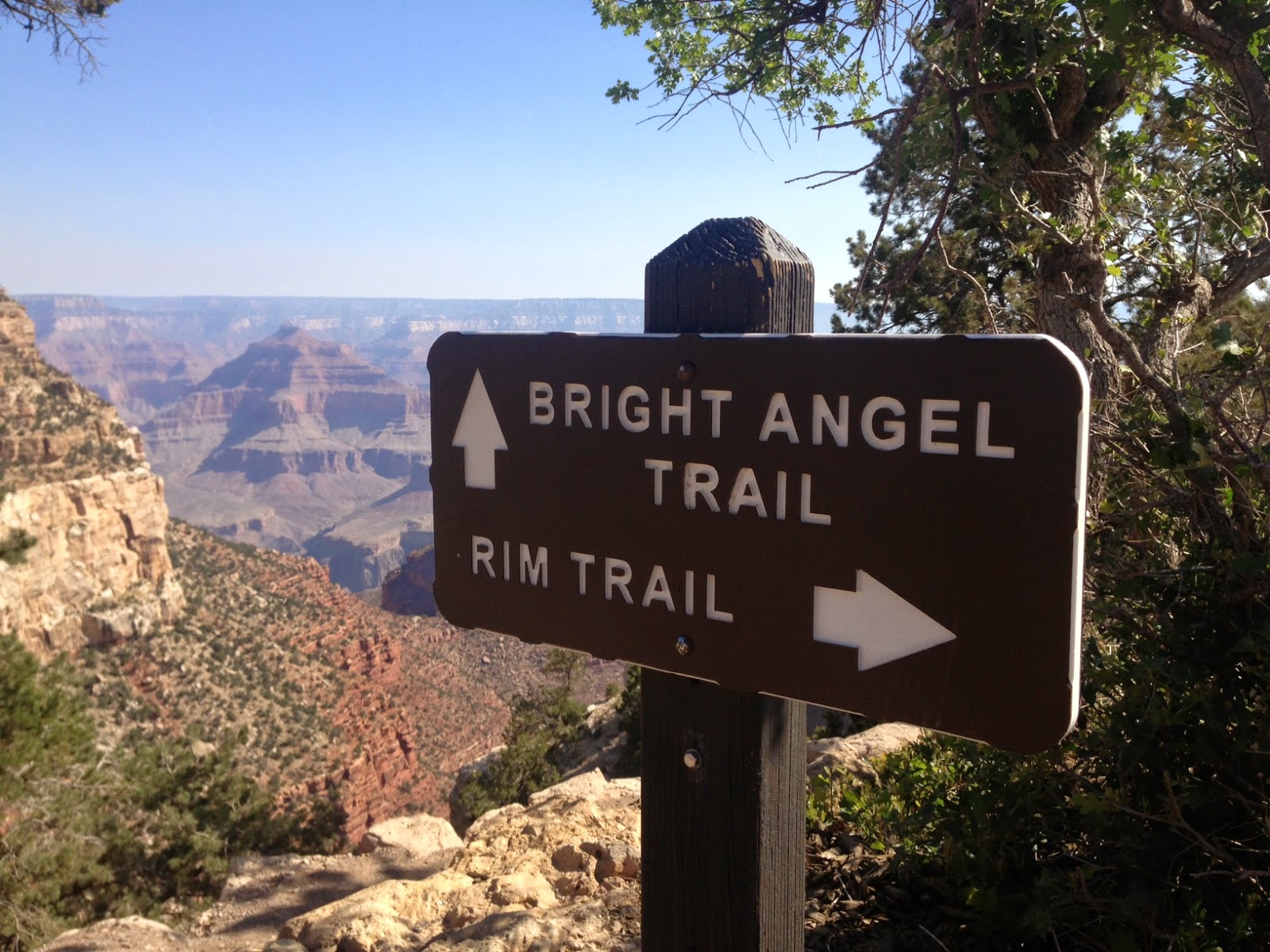 Elevation is in the 7,000 range, especially along the Hermit Road stretch, which is open to buses and bicyclists but not cars. 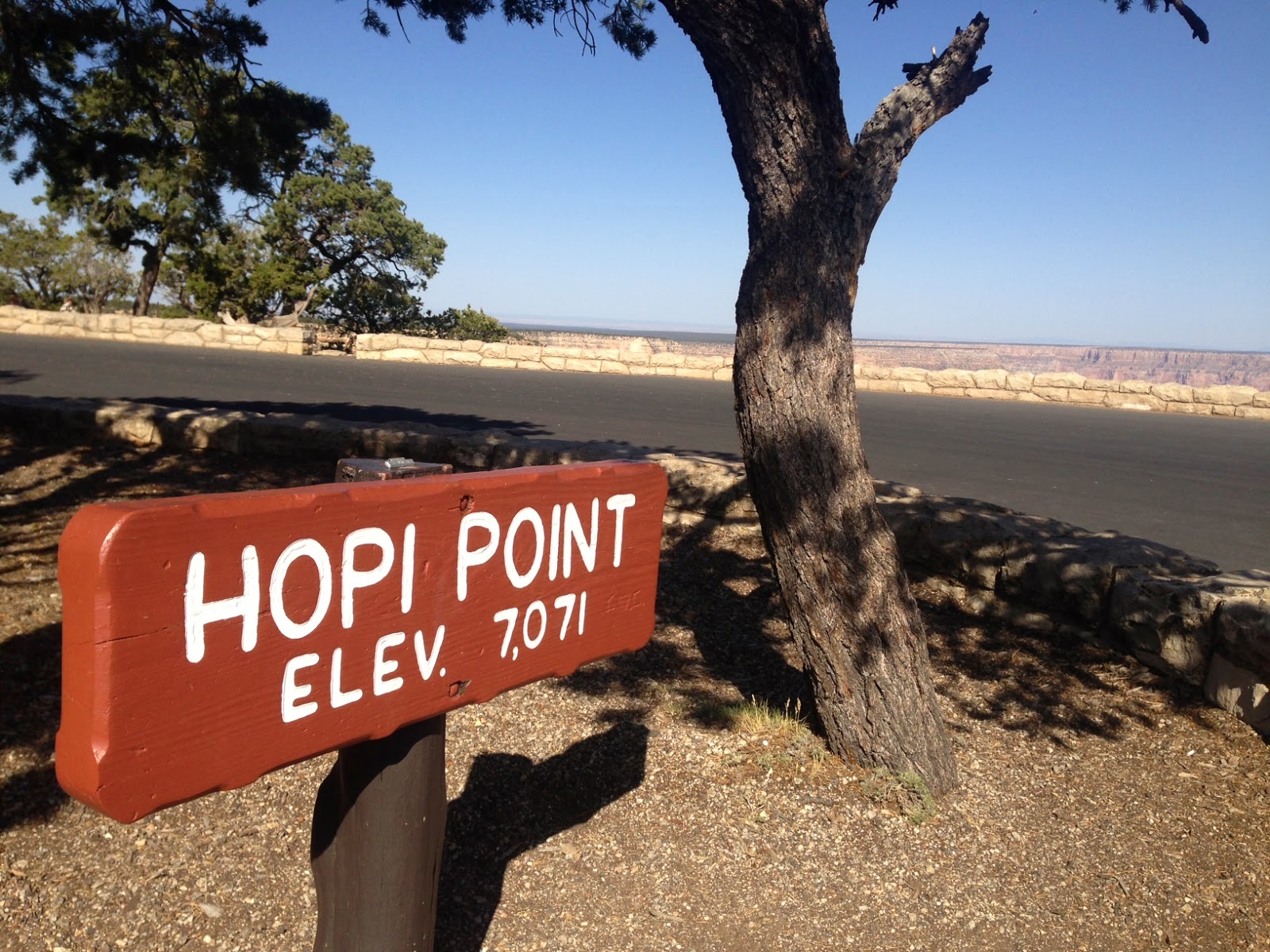 The morning is the best time to stroll the rum trail. It's cool and few people on the path. 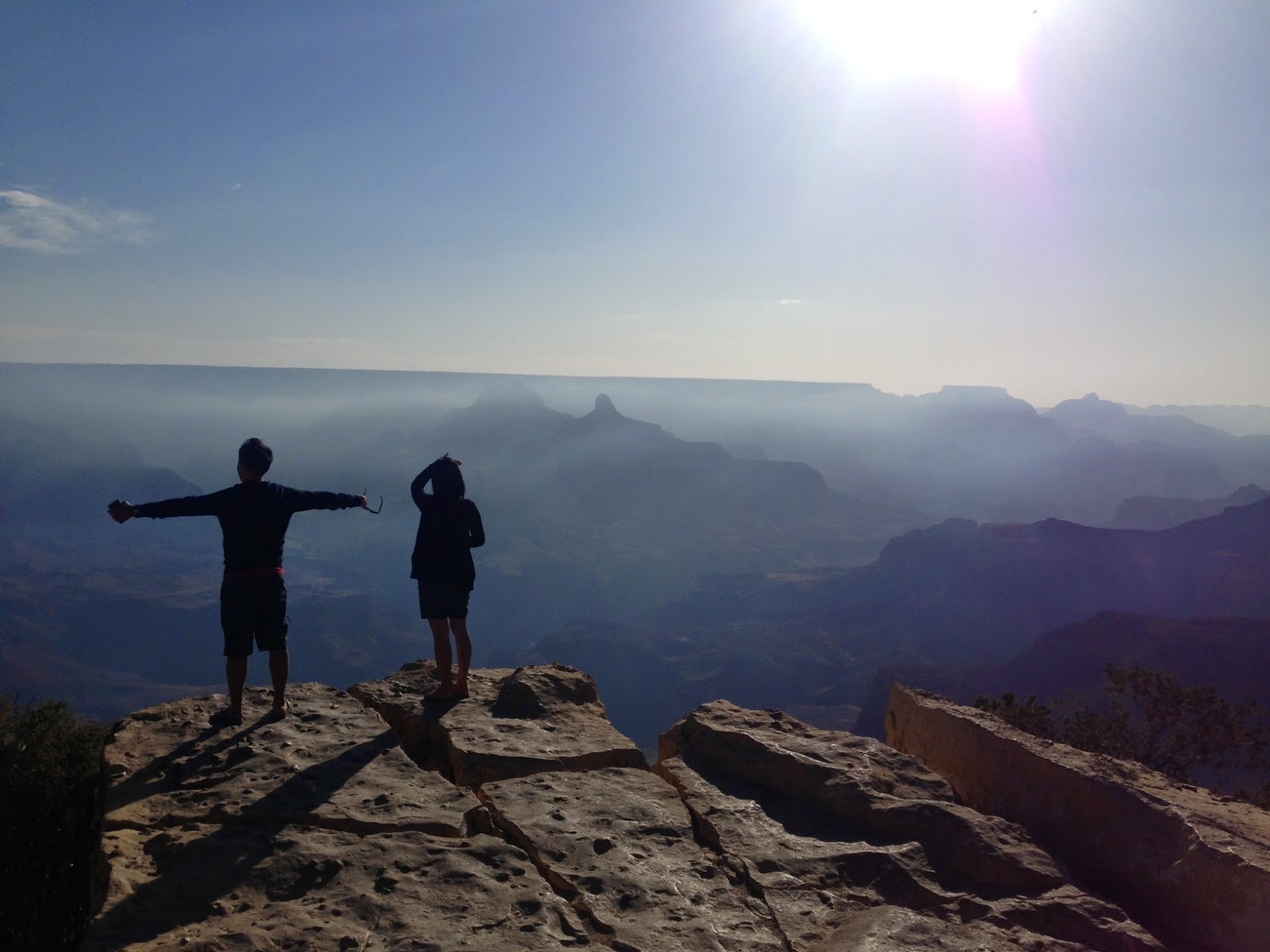 There's some flowers too. 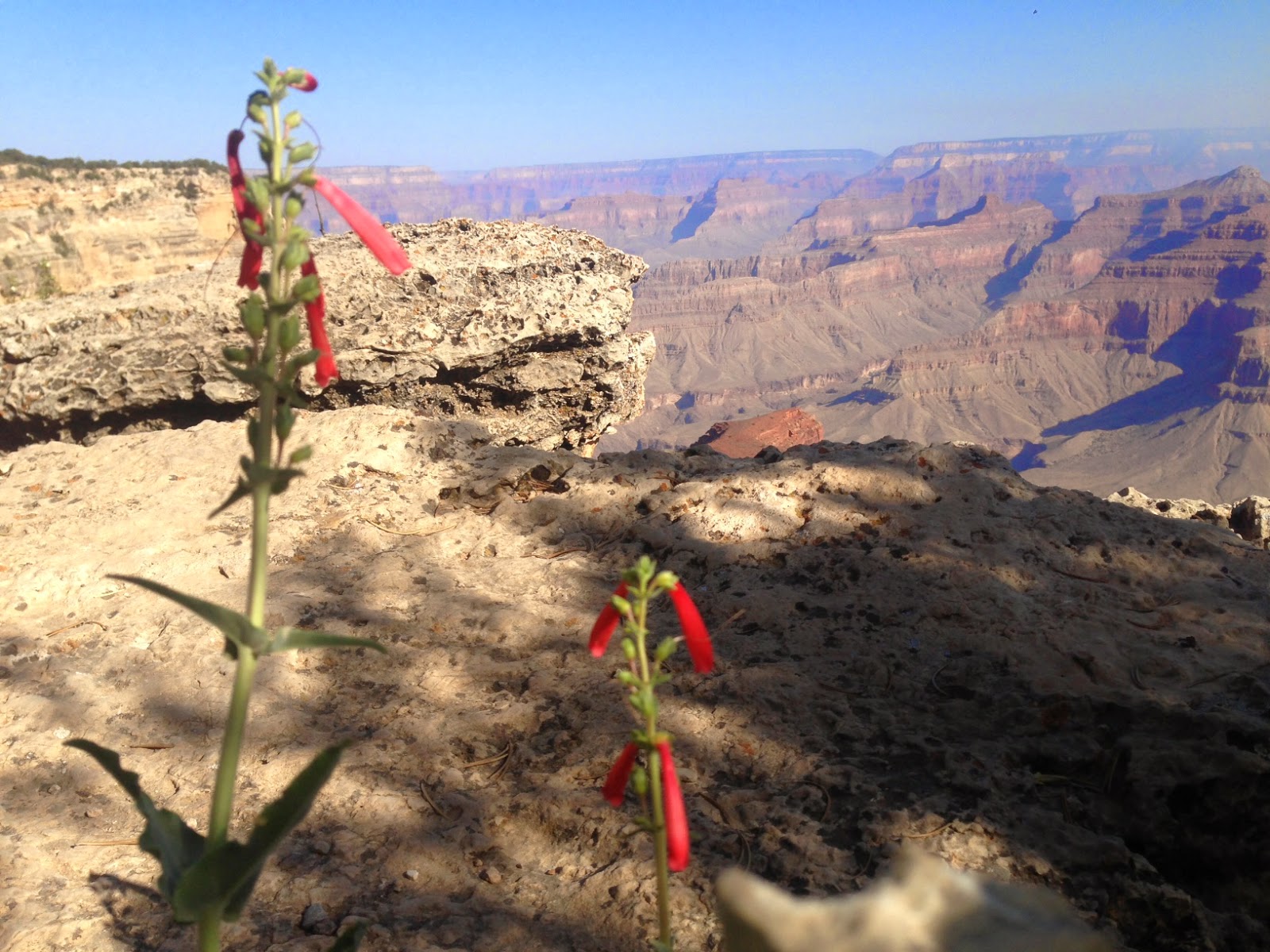 My Top 5 things I learned from being at the Grand Canyon.

1. The elevation. It's up there at 7,000 feet and allows for some decent 85-degree conditions.
2. Everyone wears those floppy tan-colored hats.
3. The Rim Trail is super close to the rim edge, offering amazing views of the big hole in the ground.
4. 685 deaths from falls and other canyon mishaps. And counting. Read more here.
5. Elk hang out like squirrels on the local roads near the visitor center. Tourists cause traffic jams when they stop and gawk.
5A. Lots of tree and shrub cover, including spruce, fir, pine and juniper.

And the mules. They're popular around Grand Canyon. There's even a mini-ranch near the rim hotels. 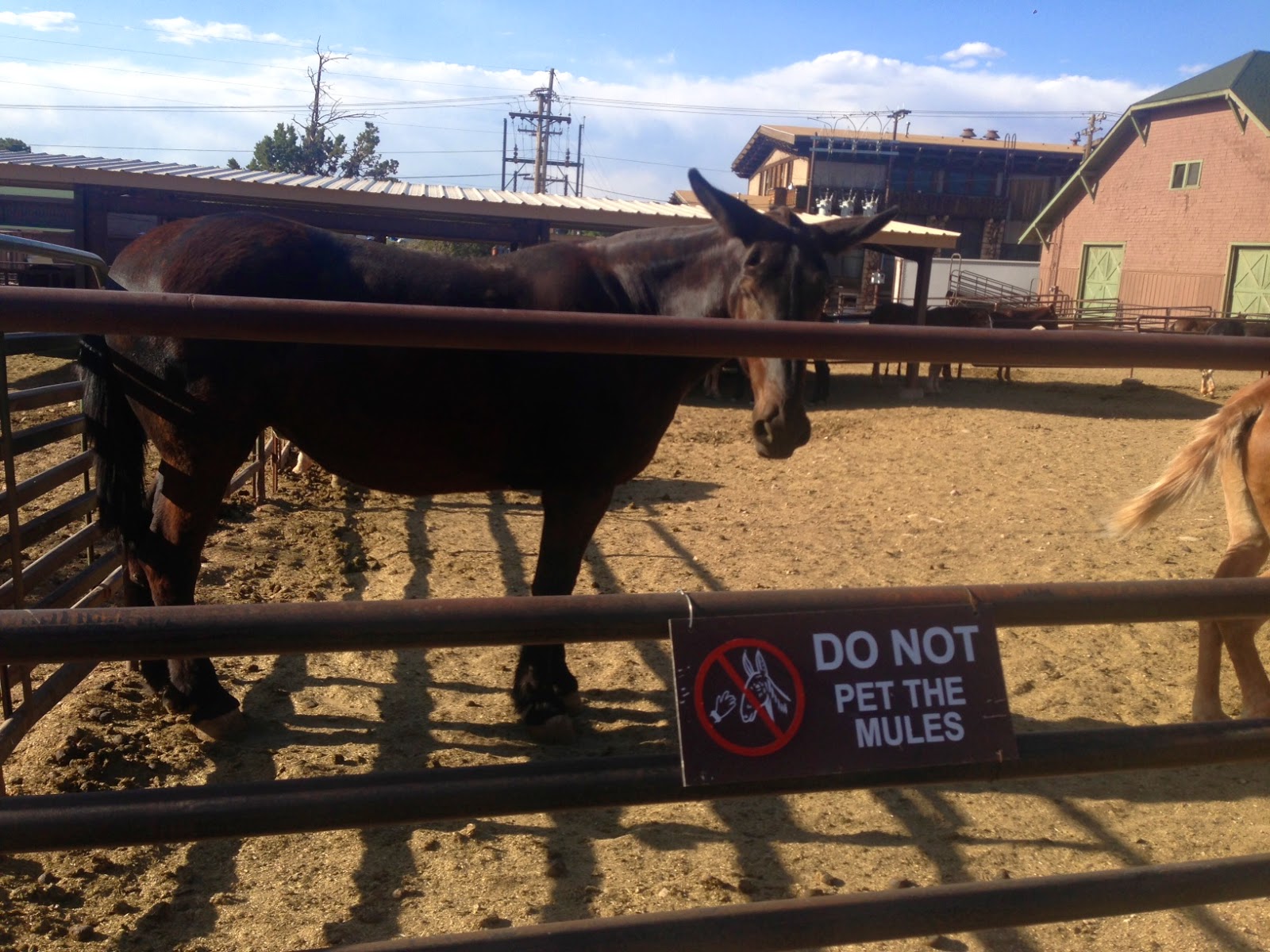