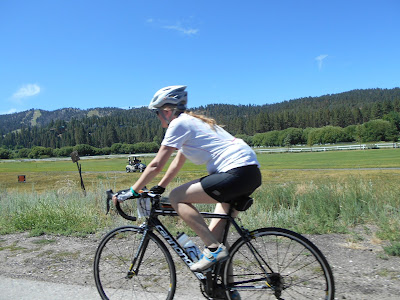 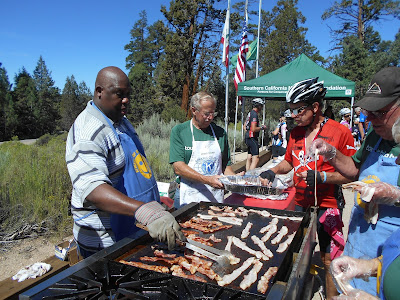 BIG BEAR, CALIF. -- It was the last rest stop for the Tour de Big Bear, a bicycle ride that attracted some 1,700 cyclists in this scenic mountain setting in early August and capped a week-long bicycle celebration in the tourist Southern California town an hour outside Los Angeles.

Las Vegas bicyclist Linda Snyder, a cancer survivor who needed a little help while pedaling with her husband, Matt, saw Tour de Big Bear organizer Craig Smith and thanked the likable Smith for allowing her to ride an electric bike on her 25-mile circuit.

Snyder told Smith she needed the e-bike to keep up with husband Matt and told the ride organizer that she and her husband were having a great time on the ride, which features fun rest stops offering everything from a bacon to a mist-powered bicycle wash. 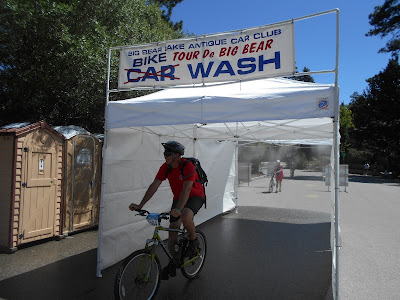 Smith, who works from his home on land development projects and starts to crank on the Big Bear bicycle event after Jan. 1, smiled and shook Snyder's hand.

He walked back to his car to head back to the bike ride base and said, "It's all about bringing people to Big Bear and experiencing the small town atmosphere."

Smith is the perfect bicycle event organizer -- level-headed, detail-oriented, affable and quick with a natural greeting for the serious cyclist or the casual pedaller like the Snyders of Las Vegas.

He oversees 275 volunteers and eight aid stations for routes that range from 25 to 100 miles. At the village in Big Bear where the ski slopes are green mountains overlooking the riders, 40 vendors are offering bicycling everything from Fat Tire beers to bicycle clothing like colorful jerseys.

The Big Bear community is used to bicycling since it's sometimes a host stage for the Amgen Tour de California, a bike race held annually in May by the Anschutz Entertainment Group (AEG also is a partner with MGM Resorts on the new arena being built on the Strip.) 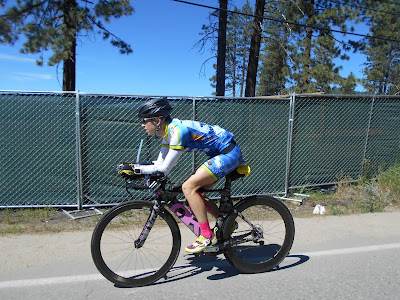 Smith has the backing of the city, which supplies the public works manpower to put on the event. The city also joins the school district and local churches to offer free parking for the cyclists near the ride's staging area.

As a result, the Tour de Big Bear has grown into the city's third biggest event, trailing only the fireworks and car show events and it's the biggest sports event in Big Bear, said Smith, pictured below in the blue shirt. 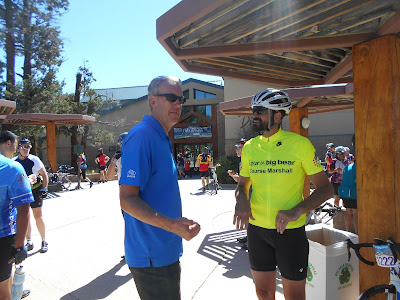 The bicycle events, which run for a week, generate about $750,000 in local spending thanks to the hundreds of bicyclists coming from San Diego, Phoenix, Las Vegas and even Colorado and the state of Washington.

Smith said he wants to appeal to the Las Vegases and Phoenixes to send their bicyclists to Big Bear, which is hosting its sixth bicycle event.

"We telling them it's a time of the year to get out of the desert," Smith said.

The scenery is a big lure. 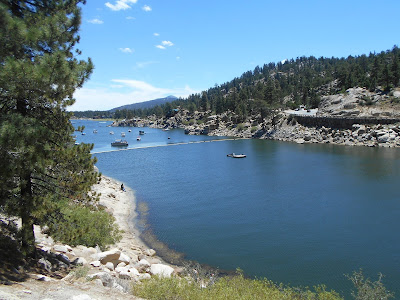 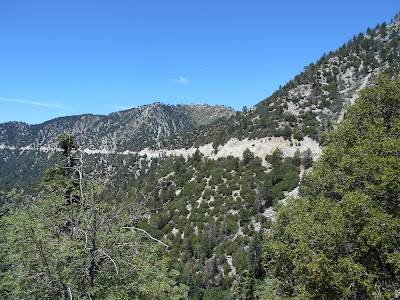 One of the unique features is the tasty food at the eight rest stops. The hammerheads pedaling 100 miles might pull in for a quick nosh and water break, but casual recreational bicyclists enjoy schmoozing with friends and socializing. 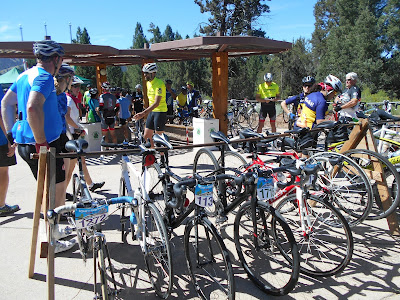 For the cyclists riding the century distance, there are smoothies at the top of the mountain to refresh them. At the first stop, there were strips of bacon sizzling on a fryer. 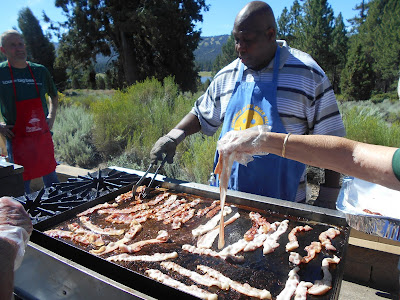 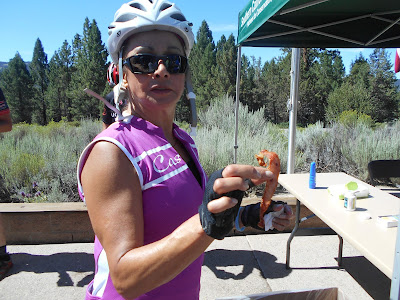 Other stops have beef ribs and a chocolate fountain with fruit, with the last stop offering popsicles -- or "pop-cycles."

The vendors included two well-known bicycle brands -- Specialized and Cannondale, which allowed bicyclists to demo their bikes. It was fun to chat with Andrew at Specialized, who has visited the Las Vegas Cyclery, a big Specialized dealer in Las Vegas. 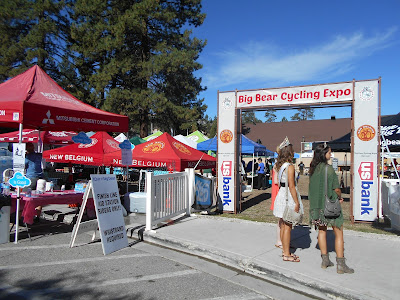 One of the bicycles at the Specialized tent even had this bike seat -- an ISM saddle. I met ISM founder Steve Toll about 10 years in Tampa when I worked at the Tampa Tribune and did a business story on Steve's new bike saddles that have turned out to be one of the most popular in the bicycle industry. 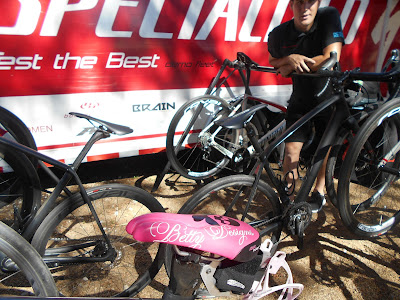 I'll be back to Big Bear. It's going to become a SoCal mountain bicycle mecca.