What A Difference 10 Years Make 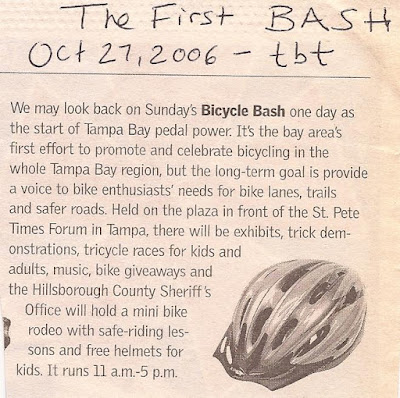 Just a little more than a decade ago, writer Sharon Wynne at the St Pete Time wrote this nugget about a Bicycle Bash bike festival that I worked to organize. It was the first bike event I helped put on.

It's hard to believe a whole decade has passed since that first Bicycle Bash and the launch of Escape Adventure Florida (watch the video and you will see why bicycling in Florida is so beautiful.)

We biked from the Times' office, which is right on the Pinellas Trail, and headed out of downtown.

One of the cool features about the Pinellas Trail is that is also goes right by Tropicana Field, home of the Major League Baseball Tampa Bay Rays. 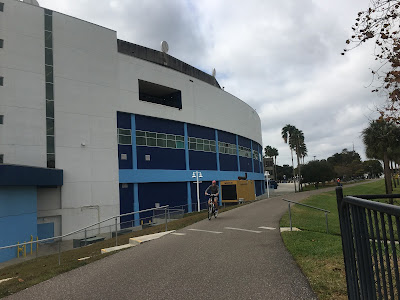 The Pinellas Trail is a wonderful bicycling experience and Escape Adventures, Florida is proud to make it one of our featured rides.
Posted by Alan at 4:52 PM