There's nothing like getting the weekend off to a wonderful start than cycling from the house to the Red Rock Canyon scenic loop and back -- and exhilirating 30 miles. There's always a pilgrimage of cyclists heading to Red Rocks. 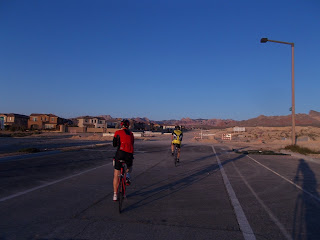 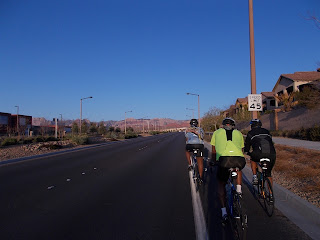 On Rt 159 heading out to the loop entrance, I met a cyclist in a Broken Spoke bike outfit named Dustin who's a marketing web guy and even a visiting bicyclist named Ryan Smith from Greenville, SC -- a guy with an outdoor sports equipment company who is the brother-in-law of Media General Interactive Media guy Kirk Read, who I knew at the Tampa Tribune.

Stunningly, I actually wrote the story at the Tampa Tribune about Kirk leaving the Tribune for the Media General executive job.

Here's Ryan, his brother-in-law, on the scenic loop and pics that put the scenic in loop. 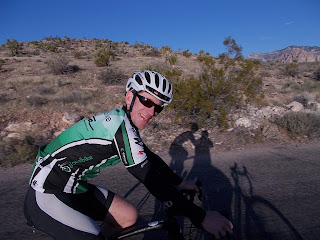 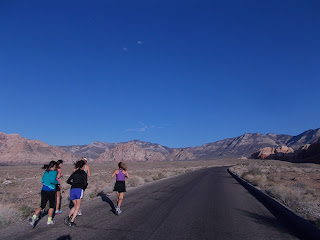 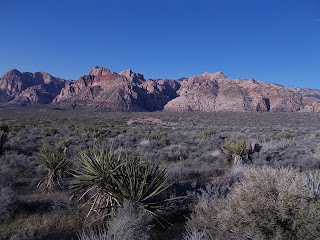 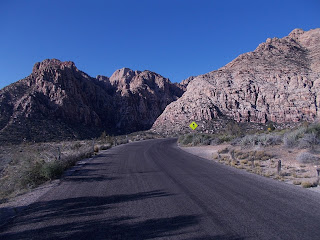 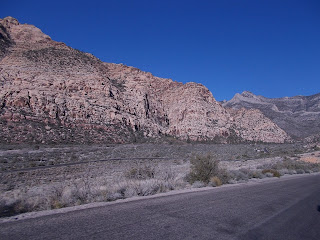 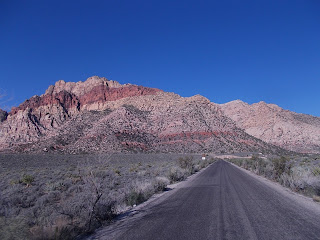