I just met the most mellow motorcyclist, and I'll just call him the Floppy Hat Guy.

We met twice this week at the Red Rock scenic loop overlook while we both took pit stops at the haven at 4,771 feet elevation. 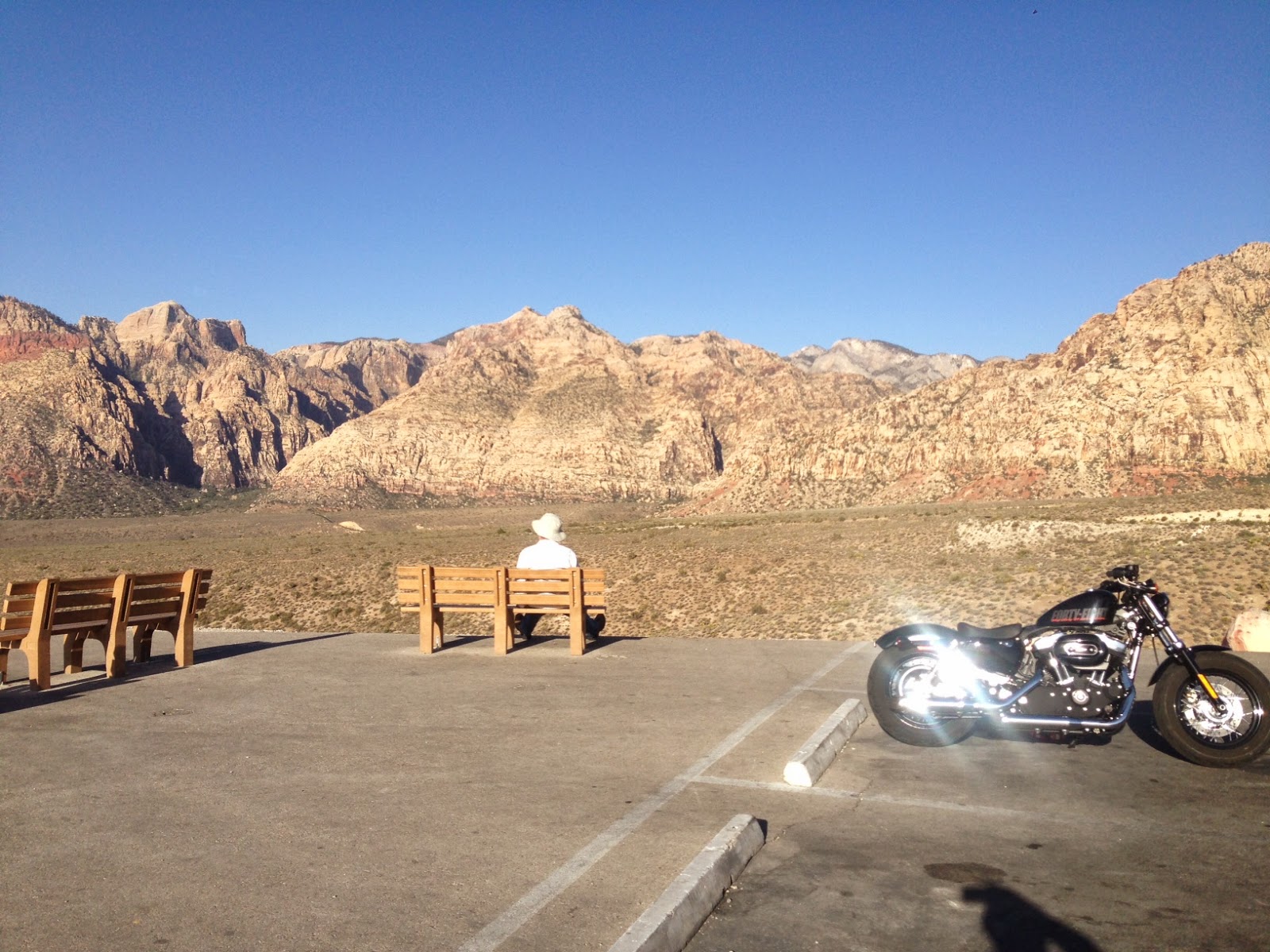 I thanked him for keeping the noise down from his motorcycle along the loop. Floppy Hat Guy wears a motorcycle helmet while riding, but switches to his floppy hat when sitting and gazing at the Big Stripe at Red Rock conservation area.

Floppy Hat Guy said he owns 17 bicycles and five motorcycles. But FHG said there's no way he's riding a bicycle up the steep grade along the scenic loop.

Floppy Hat Guy said he takes an early-morning motorcycle ride daily from his home to the scenic loop and back.

Here's to you Floppy Hat Guy. Thanks for being a cool and mellow motorcyclist.

We met twice this week at the Red Rock scenic loop overlook while we both took ... redfloppyhat.blogspot.com