Here's One Candidate For Governor Who Will Defy Political Labels

The first thing people do about political candidates is apply a label.

Fisher's announcement that he's seeking the state's top executive office this week grabbed headlines in the Las Vegas Review-Journal. and you will quickly see that Fisher is no political idealogue. 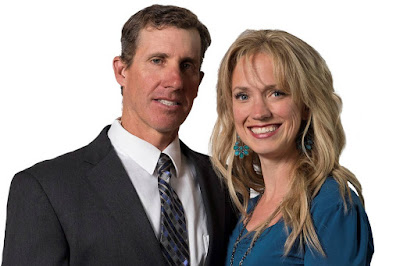 This will be an unconventional campaign, where Jared will first reach out to and connect with residents from across the state via a 14-day bicycle ride dubbed, "The Listening Tour," starting from his Blue Diamond home outside Las Vegas May 1. He's biking to Elko and Reno before returning to the Las Vegas area around May 14.

Talk to Jared and you will think he's a Democrat because he embraces typical Democratic ideals such as preserving and protecting the environment and exploring new frontiers in renewable energy and solar power.

But Jared considers himself a Teddy Roosevelt Republican -- and the married dad of four and bicycle shop/bike touring business owner has been a registered Republican for years. The rolling businessman and UNLV grad looks at himself as a moderate who admires the leadership of another moderate Republican -- the current governor of Nevada, Brian Sandoval.

Jared will be breaking new ground, forging ahead with ideals you can read on his website at www.fisher4nevada.com.

Jared will be campaigning in a state with an independent streak, one that is split between the two major parties and elects candidates from both sides of the aisle. Its residents are not necessarily slaves to their parties

This will serve Jared well -- so get ready for a new era of politics. More and more people are considering themselves independents and a vault full of money does not guarantee a political victory.

And get ready for Jared Fisher, who might be pedaling into a town near you to say hi and hear what's on your mind.
Posted by Alan at 4:11 AM