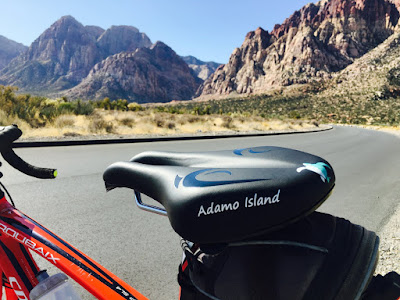 Steve and Laura Toll have come out with a new bicycle saddle brand called Adamo Island.

I have used the Tolls' previous saddles under the well-known ISM brand name. But as I pedaled on the famed Red Rock Scenic Drive outside Las Vegas in early November, I enjoyed the ride thanks to the comfy Adamo Island bike seat. The saddle was unveiled at Eurobike in early September, Steve Toll told Bicycle Stories.

The Tolls originally intended the Adamo Island bike seat to be used by people using eBikes and casual bicycle riders.

"But test riders loved it and suggested it could be for all types of riding," Steve Toll told me. 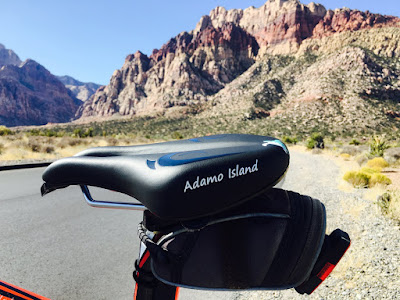 The Tolls are known for creating the ISM bike saddles, a more narrow saddle used by many tri-athletes, competitive racers and hard-core roadies.

Toll responded, "Think Cadillac and Chevy or Lexus and Toyota or Lincoln and Ford. 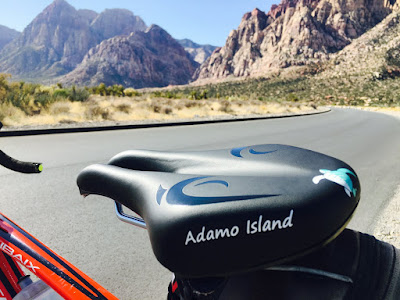 The Adamo Island bike saddle is wider and has more cushion built into the seat.

I found it very comfortable and it made the bike ride even more enjoyable.