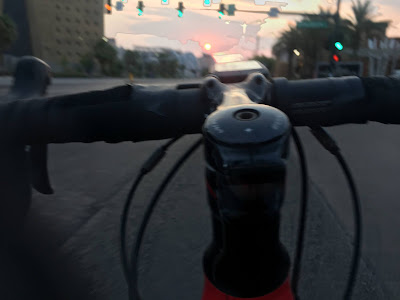 This morning I headed to downtown, where in the sunrise light I saw the new Circa hotel-casino illuminated. 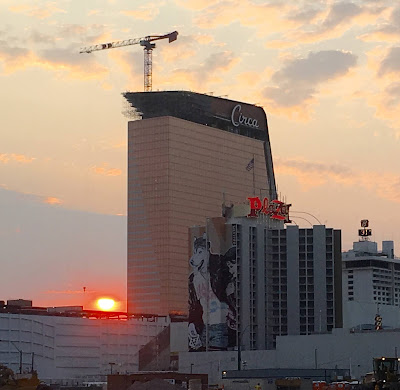 In a state with an economy built on tourism and gambling, I've always been amused that gambling is called "gaming."
That's why I always enjoy stores that tell it like it like it is -- and what it is is gambling. 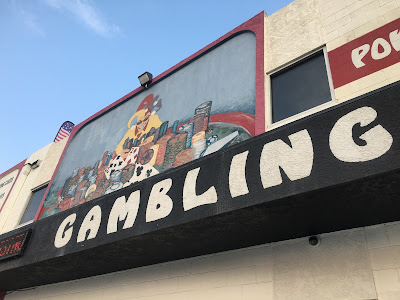 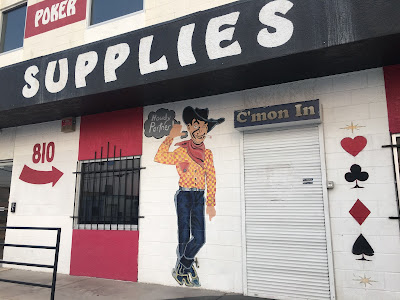 I also adored this bike rack on Main Street. 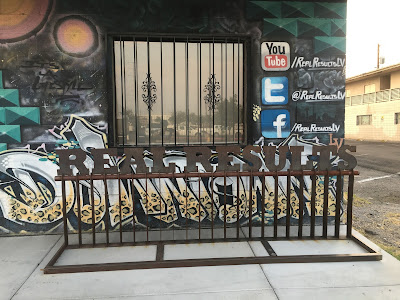 And there was something about this scene that said, "Old economy, new economy." 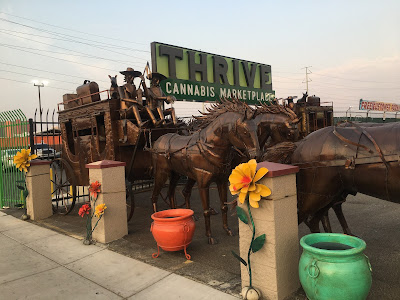 I began bicycling down las Vegas Boulevard and saw the big Welcome to Las Vegas structure that is being built in front of The Strat. 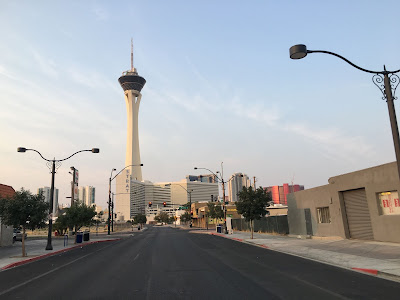 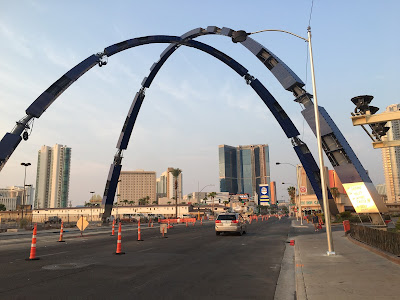 The Strip was quiet at 7 a.m. Kind of like how it was when so many people were bilking the Strip when it the hotel-casinos were closed in April and May.
Then it was off to the Raiders' new football stadium, which is a massive update from their previous Alamada stadium home. 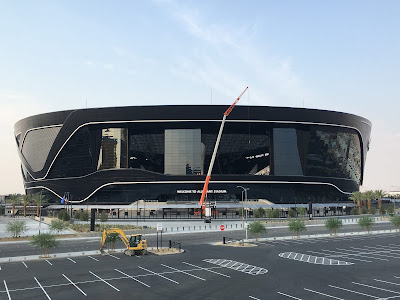 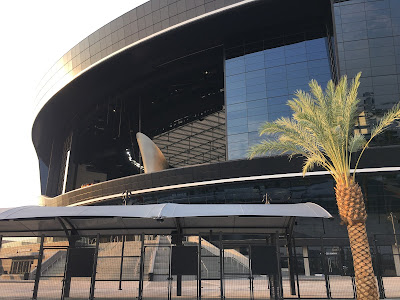 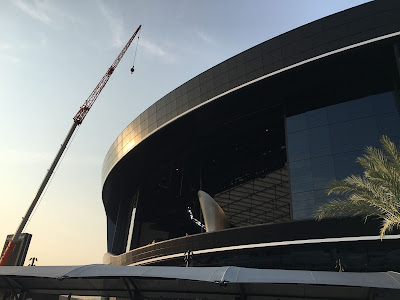