And this morning, Carrollwood Bicycle Emporium staged two rides -- a 27-miler and a 44-miler, which went from Carrollwood to Safety Harbor and back. Back at the store, CBE hosted a fun spread of food and had the Tour on TV.

Before the ride, I'm flanked by Brian Eckman, owner of CBE, and his store manager, Manny Sierra. We're wearing three different CBE jerseys for the Tour de CBE this morning. 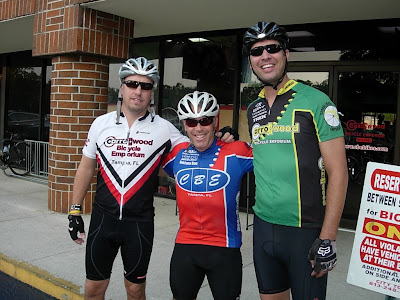 Jack "The Ghostrider" Sweeney and Doug "The Professor" Jesseph prepare fo the ride. 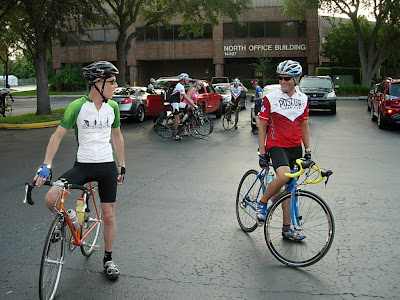 Once back at the store, riders munched on snacks and watched the Tour. 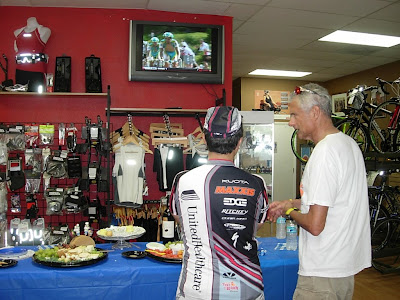 We watched Versus interview Lance, who crashed THREE times and has dropped nearly a whopping 14 mnutes behind the leader. This is no way for Lance to go out. Unfortunately, Lance is toast at this point in the Tour. 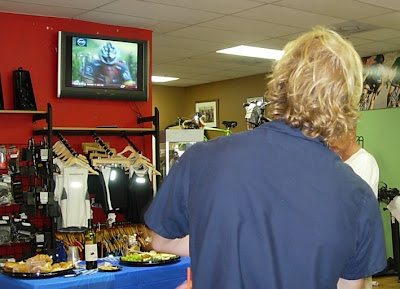