Now and then, I like to throw a change of pace into my Red Rock Canyon cycling routine by pedaling down to the Strip and then back to Summerlin via Alta Drive -- the magic road that goes from downtown to the Red Rock foothills.

All uphill. It is off-limits to commercial vehicles like trucks and there's a bike lane with buffer pavement to the curb, so cars are not much of a problem.

But first the Strip. I hit the world-famous boulevard at Mandalay Bay and Luxor by zipping down Hacienda Road from Durango. Hacienda is the only road that isn't one of the main roads like Flamingo, Tropicana or Sahara but that also spans I-15 to hit the Strip. Perfect bike road to reach the Strip.

I biked through the heart of the Strip and headed for the Stratosphere. 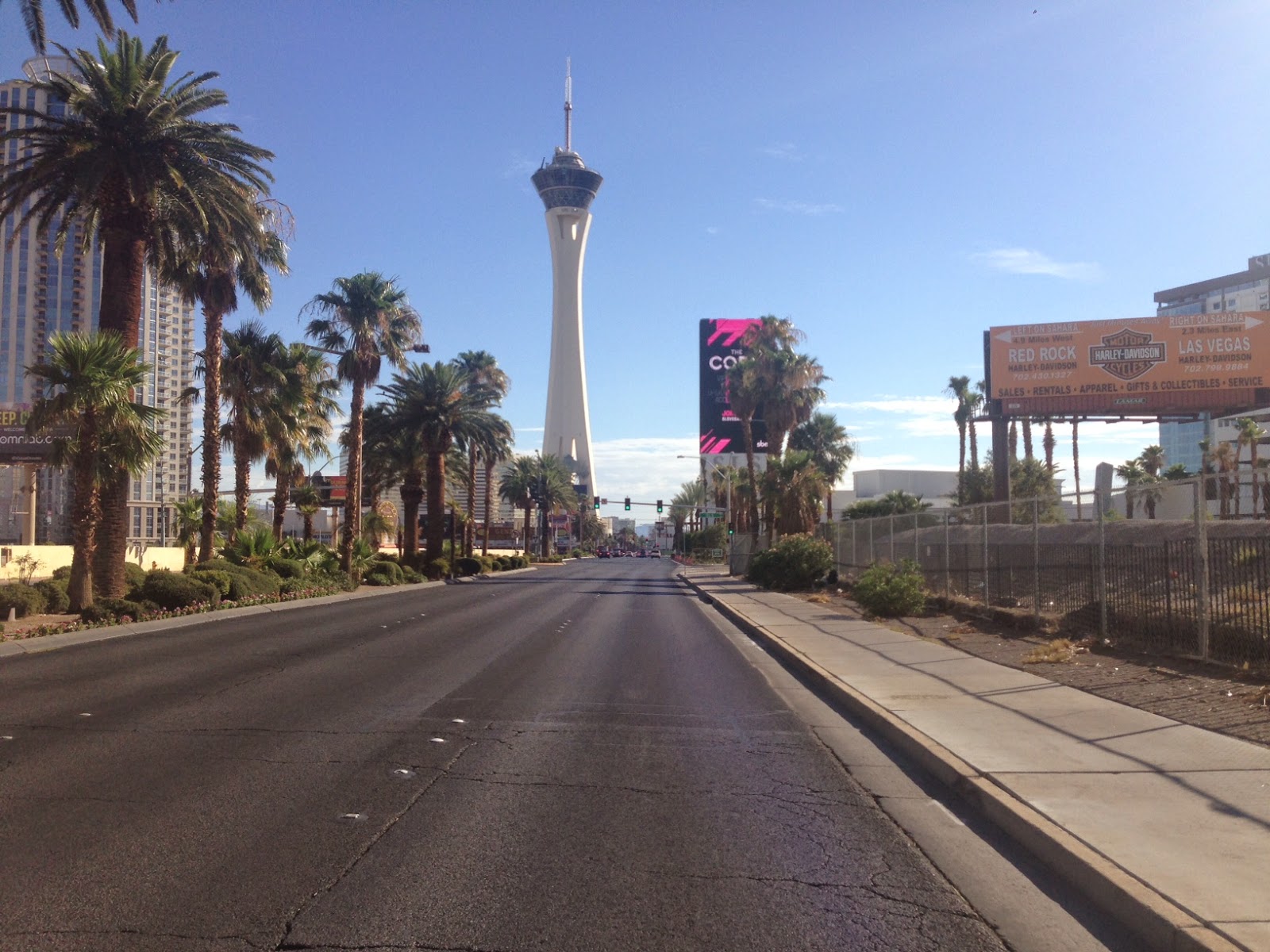 And then to downtown three miles past the Stratosphere to the East Fremont Street area. 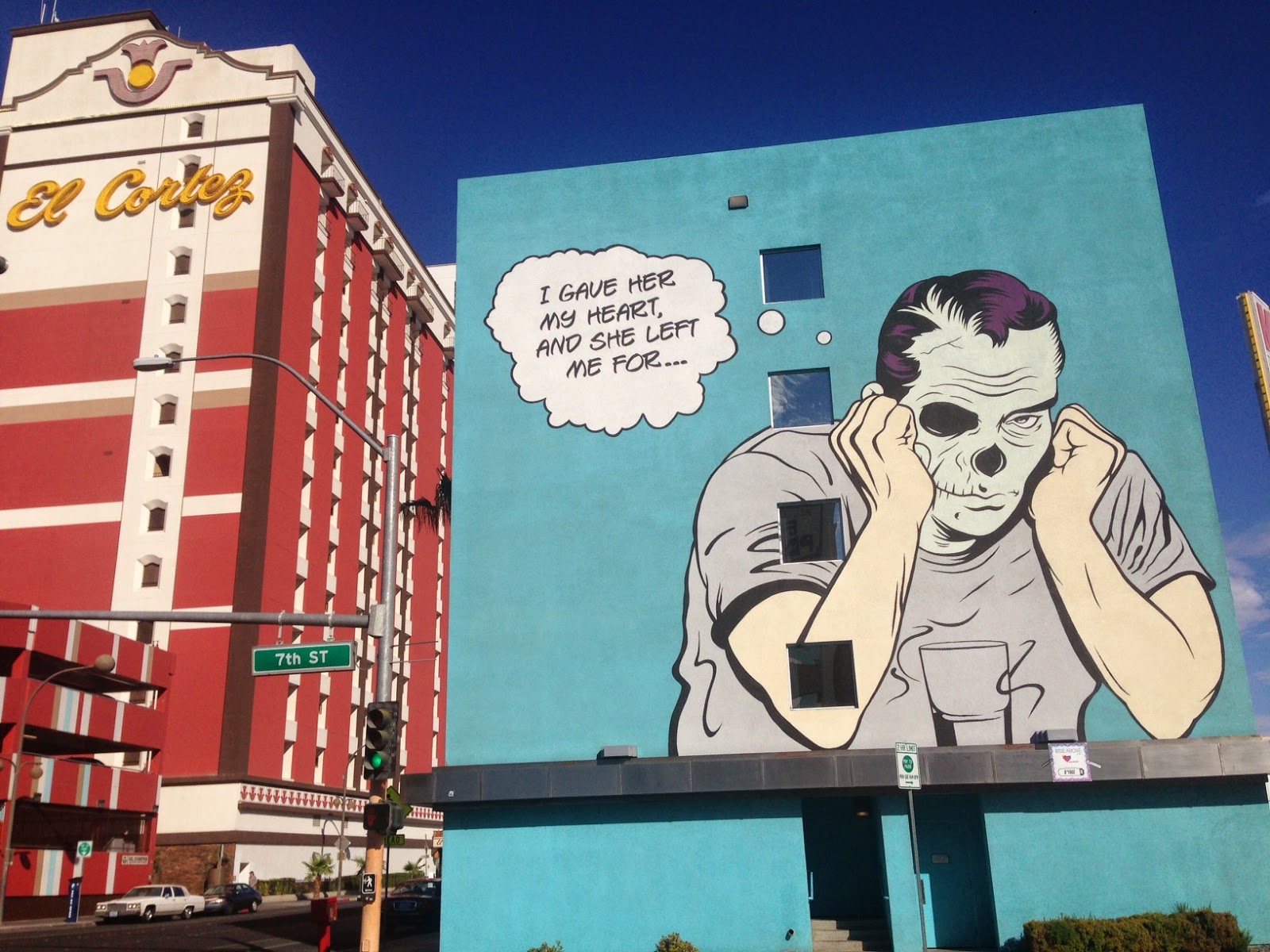 Then, it's off to Bonneville in downtown, which turns to Alta Drive and the ride home to the Red Rock foothills and Summerlin. When I cross Rancho, the neighborhood is filled with luxurious ranch houses and trees. 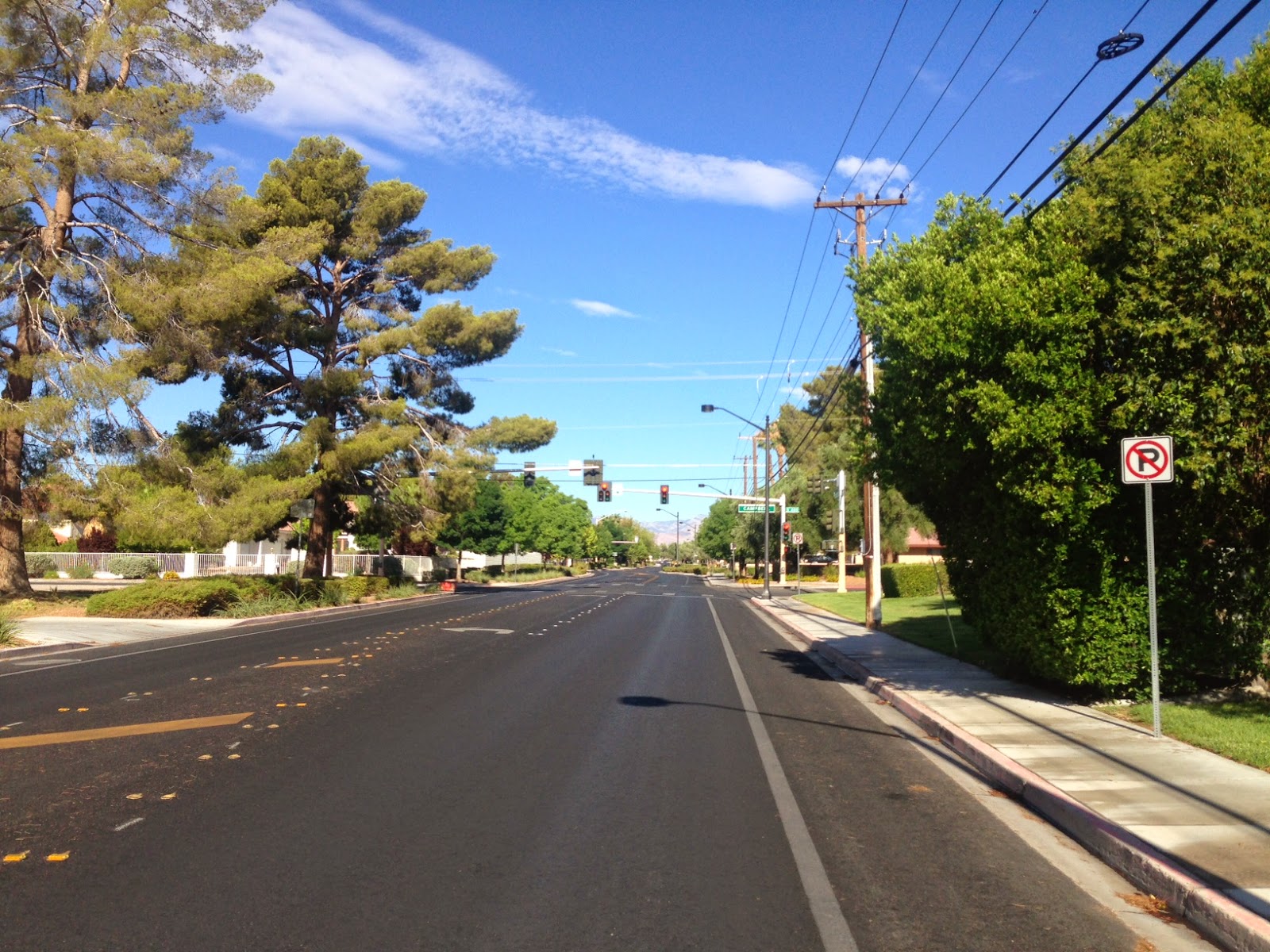 Then, as you head west of Decatur, I climb a steep hill and head west, as the economic strata transforms from working and middle class 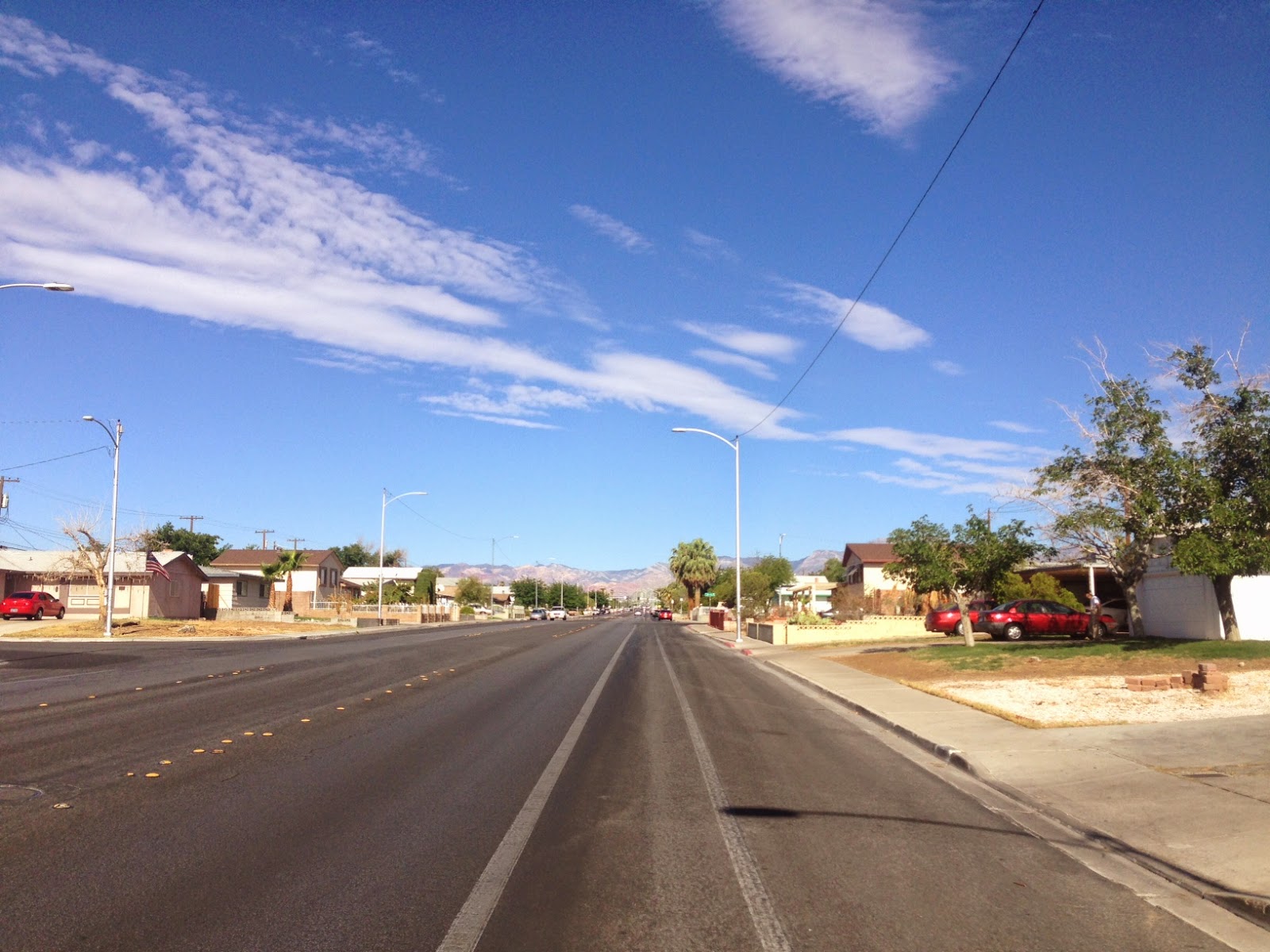 to upper middle-class and rich as I head further west and west up Alta. 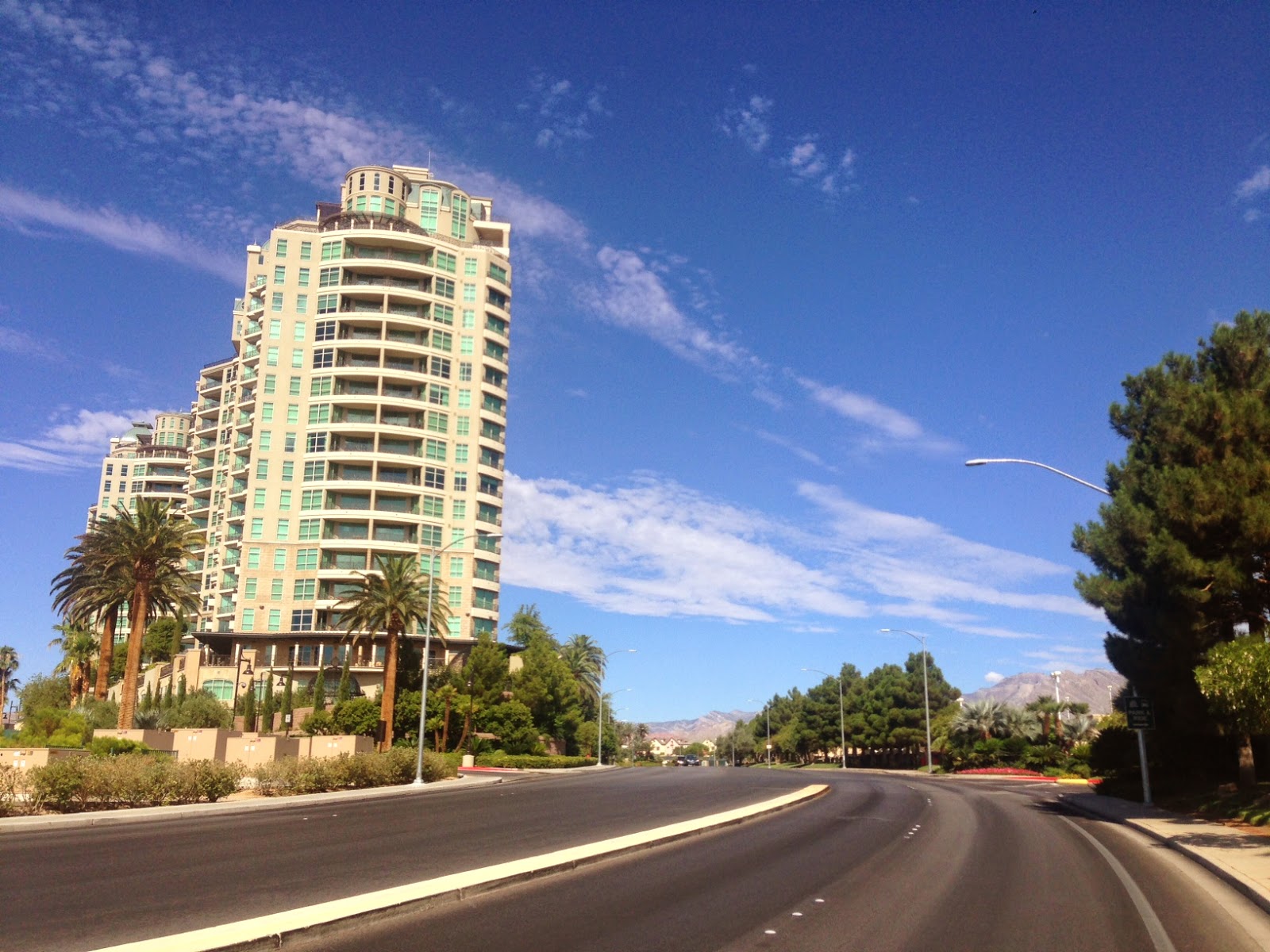 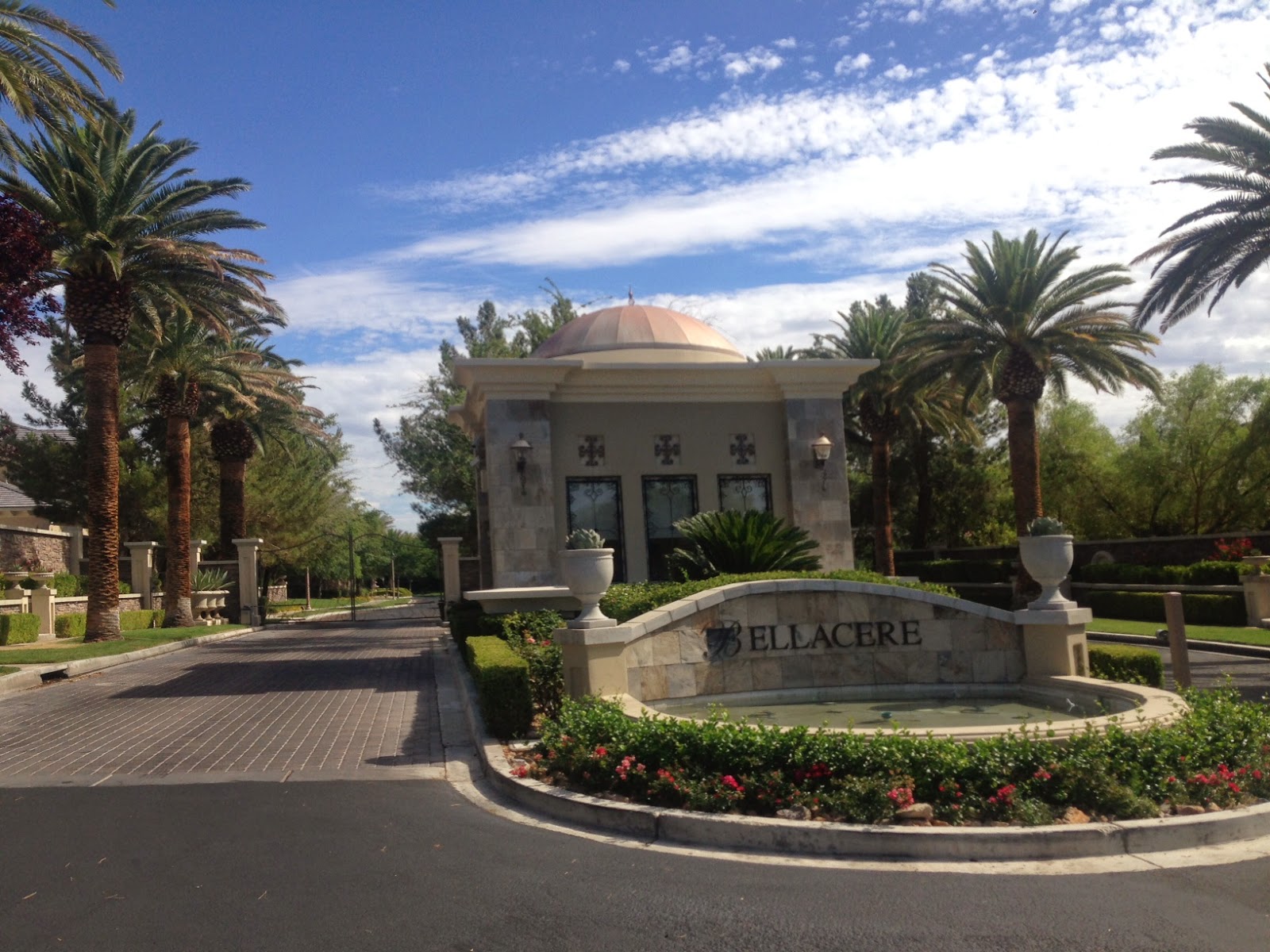 I took Alta as far west as I could, biking up and up and up the foothill. 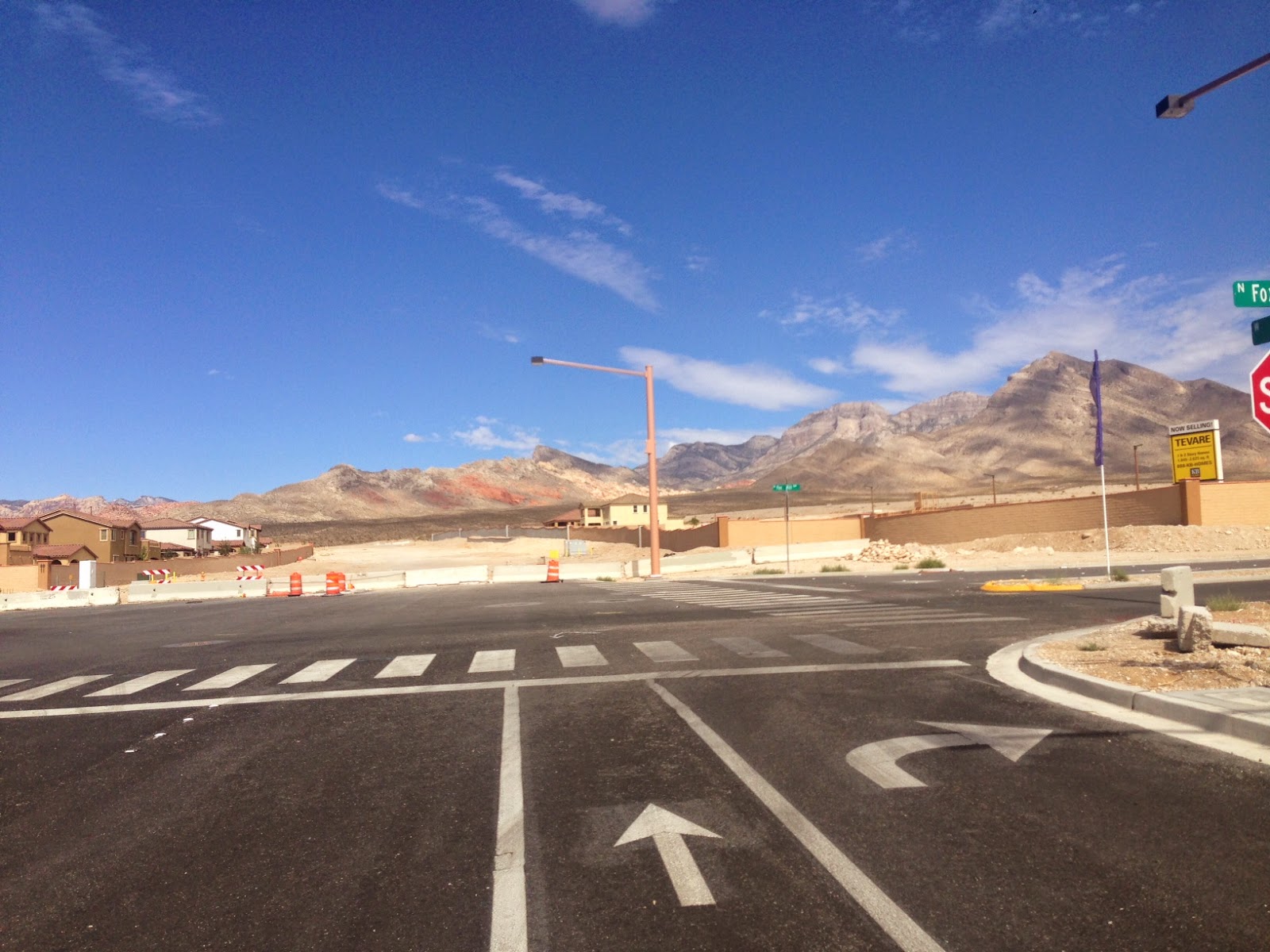 Then a right turn, and more uphill to my highest elevation -- 3,600 feet, a 1,400-foot climb from the Strip and downtown. I have to say, not too impressed with what the builders are constructing on this high desert. 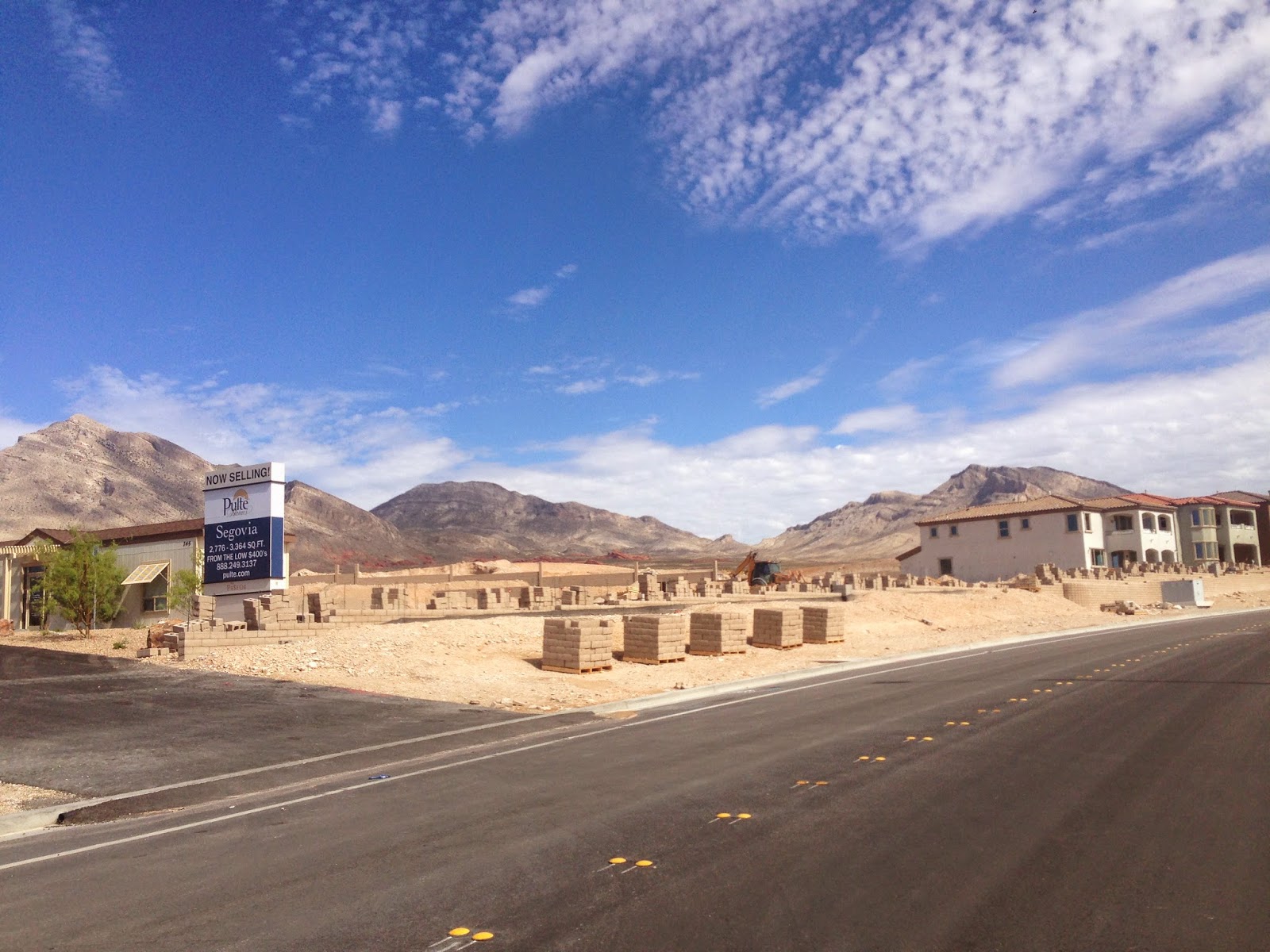 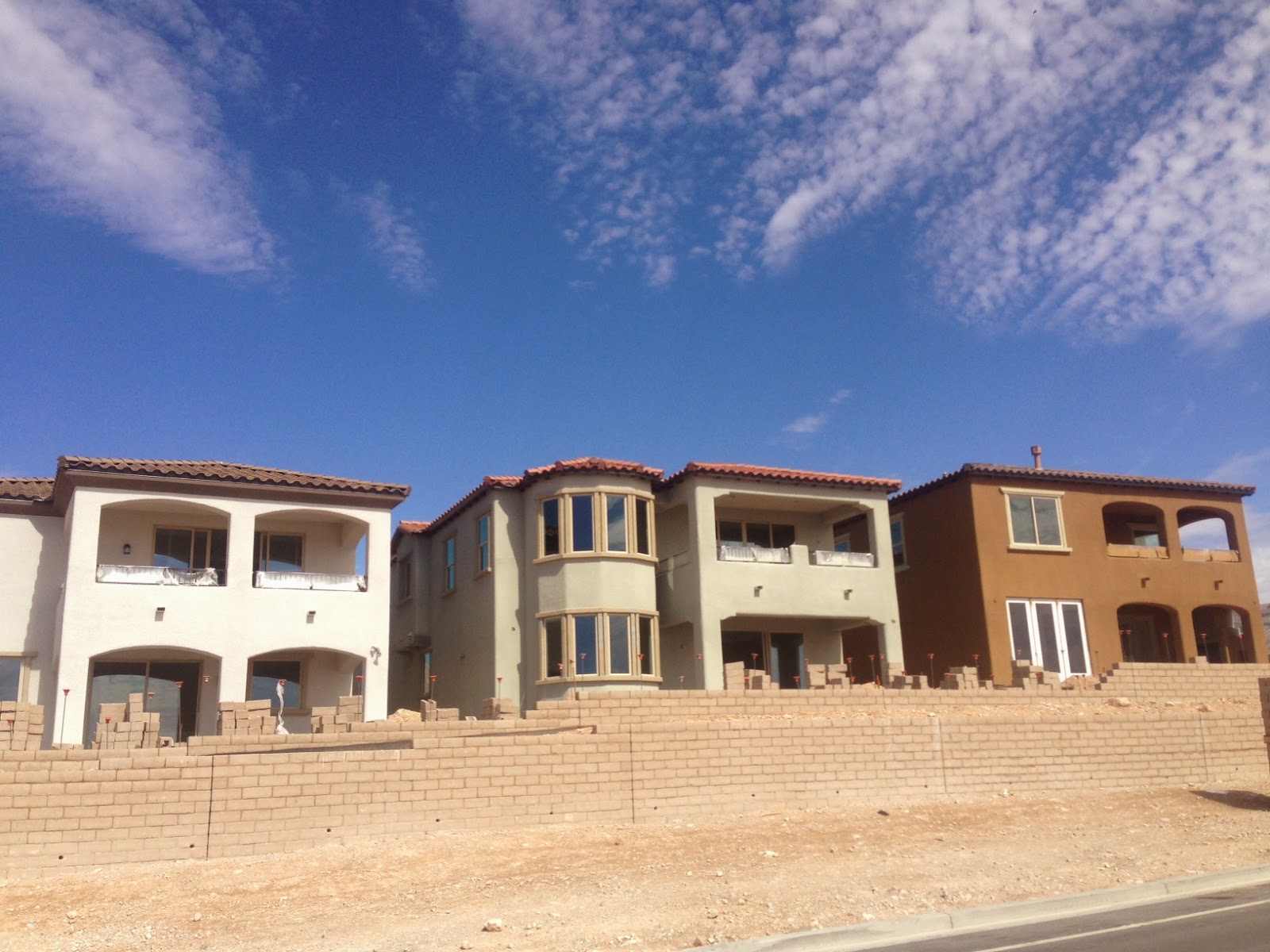 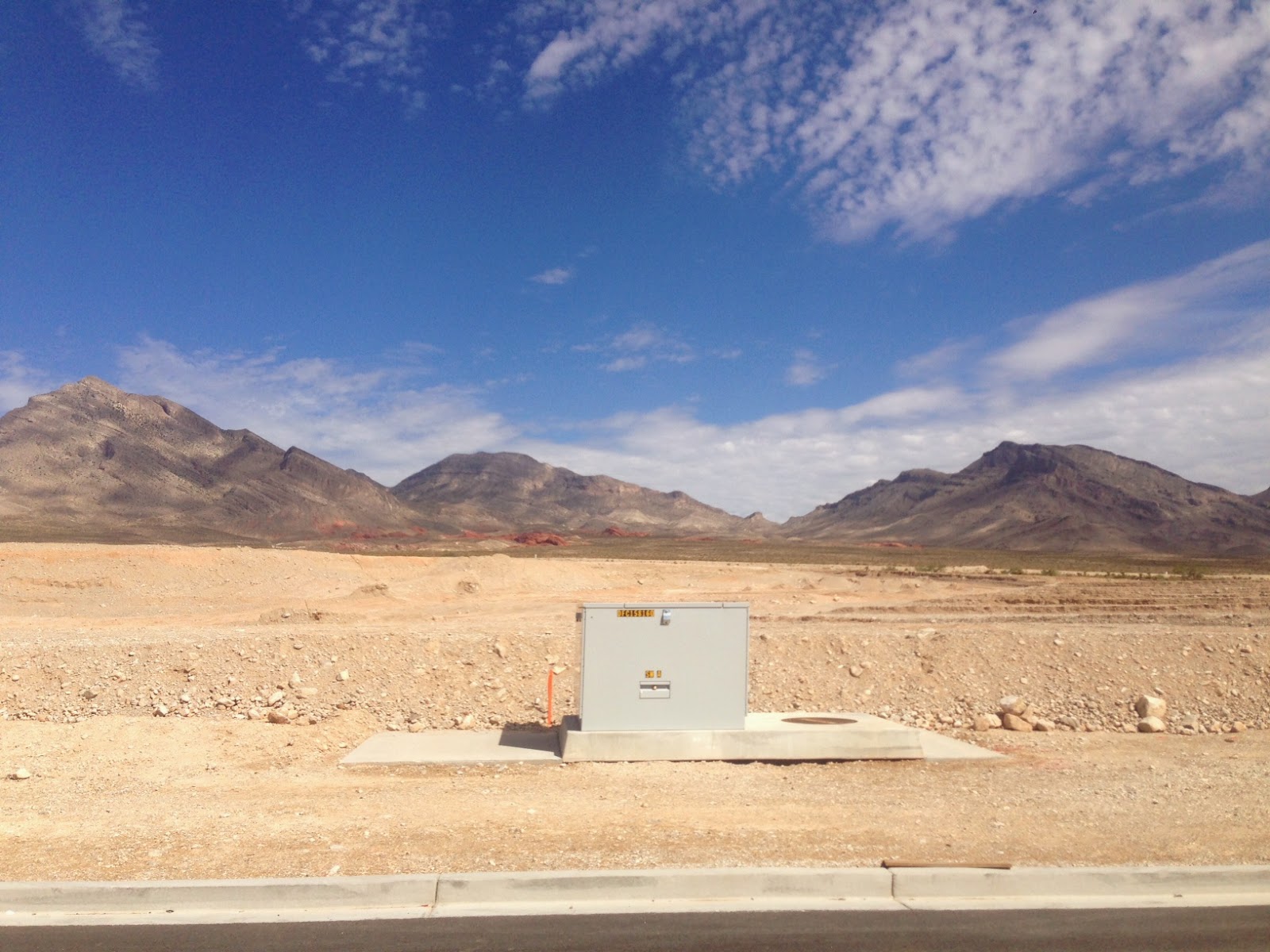