Making A New Friend On The Scenic Loop 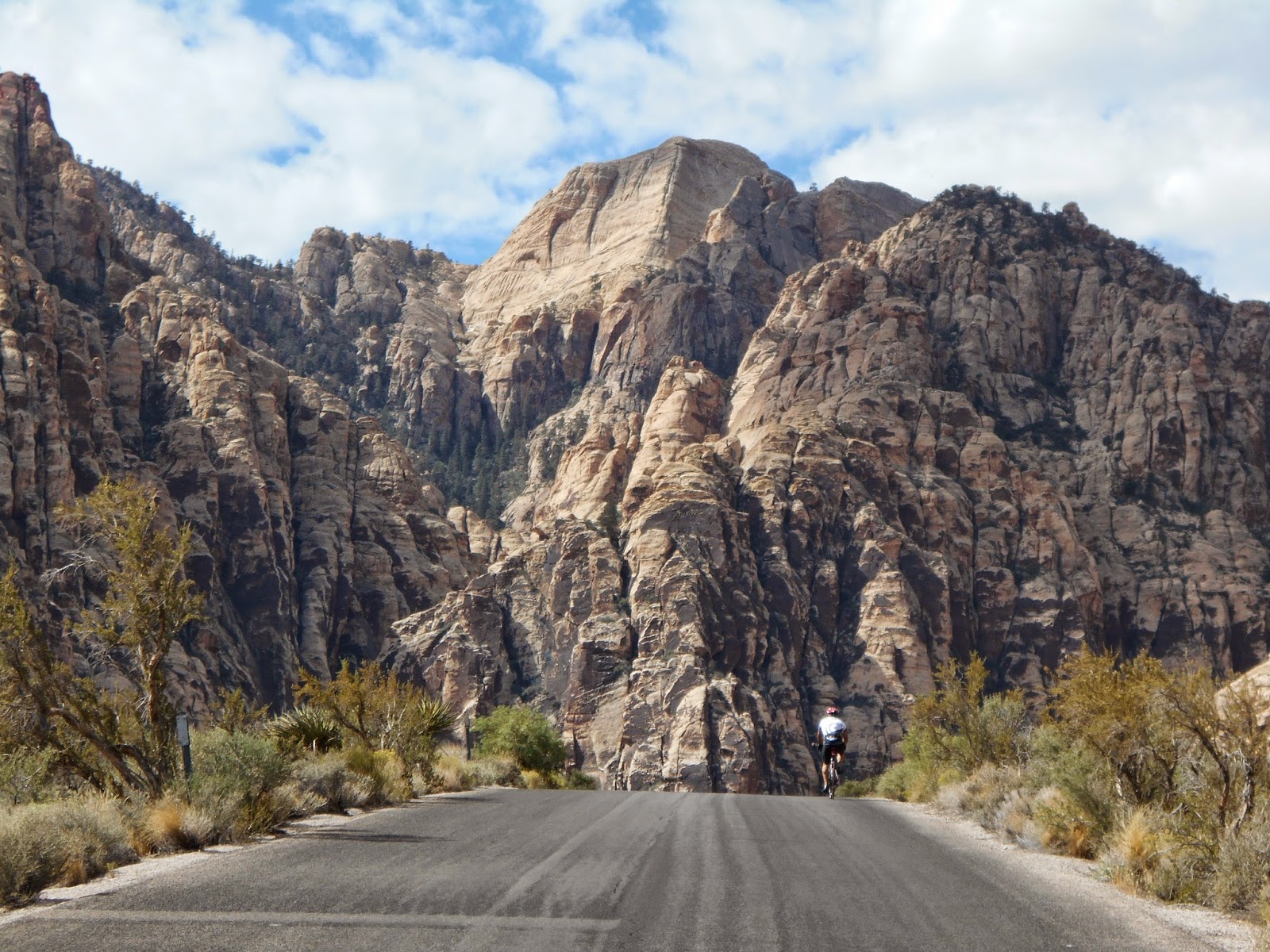 These days, I don't zip out of bed and on to the bicycle as effortlessly as I once did. And this being Sunday morning, I played around way too long on Facebook and fiddled about knowing that I wanted to bike the Scenic Loop today.

So, instead of leaving between 6 a.m. and 7 a.m., I left with a brave face at 9 a.m. with temperatures already hitting the 90s.

But it's dry heat, right?

I felt strong as I pedaled through Red Rock Canyon to the Scenic Loop entrance, showed the booth man my annual Red Rock pass and proceeded to start biking up the Loop.

And right behind me was another bicyclist.

I learned that his name was Anthony, he owns Broadway Pizza on Charleston and Rancho, is from Long Island and enjoyed his time in Denver before moving to Vegas 18 years ago.

Another Scenic Loop ride, another friend. We chatted pedaling up the steep, slanted terrain and flew down the final eight miles. 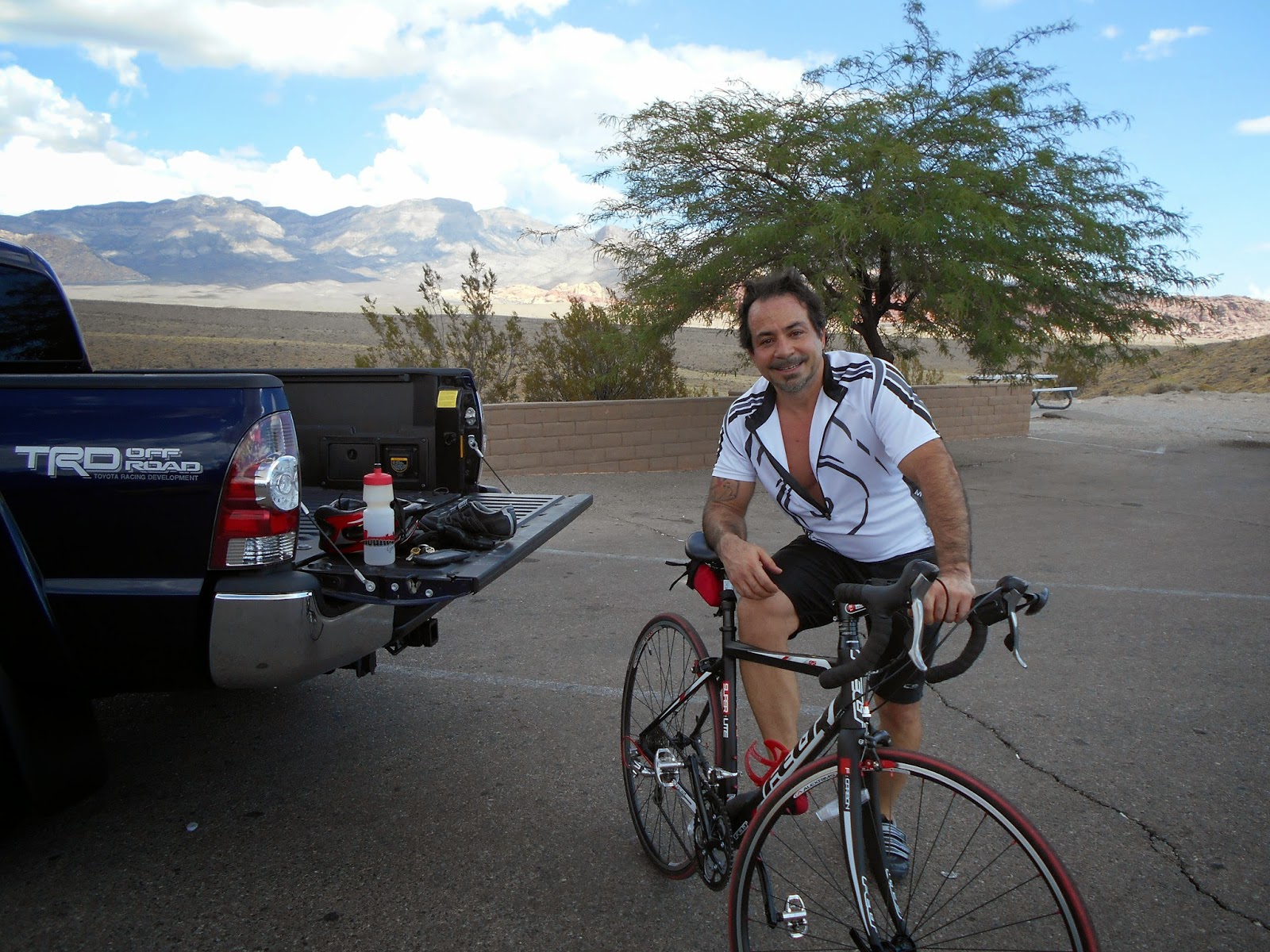 Anthony ended his ride at the overlook on SR 159 and it was nice to know that I made another friend on the Scenic Loop thanks to starting my ride so late.
Posted by Alan at 12:45 PM

Hey, nice story. Thanks for the plug. Keep on riding. Anthony

Alan, You will be happy to know that I haven't had a car most of this year and am bike-dependant in hilly Ithaca. I haven't made it up Buffalo Street yet, but give me time!!!!