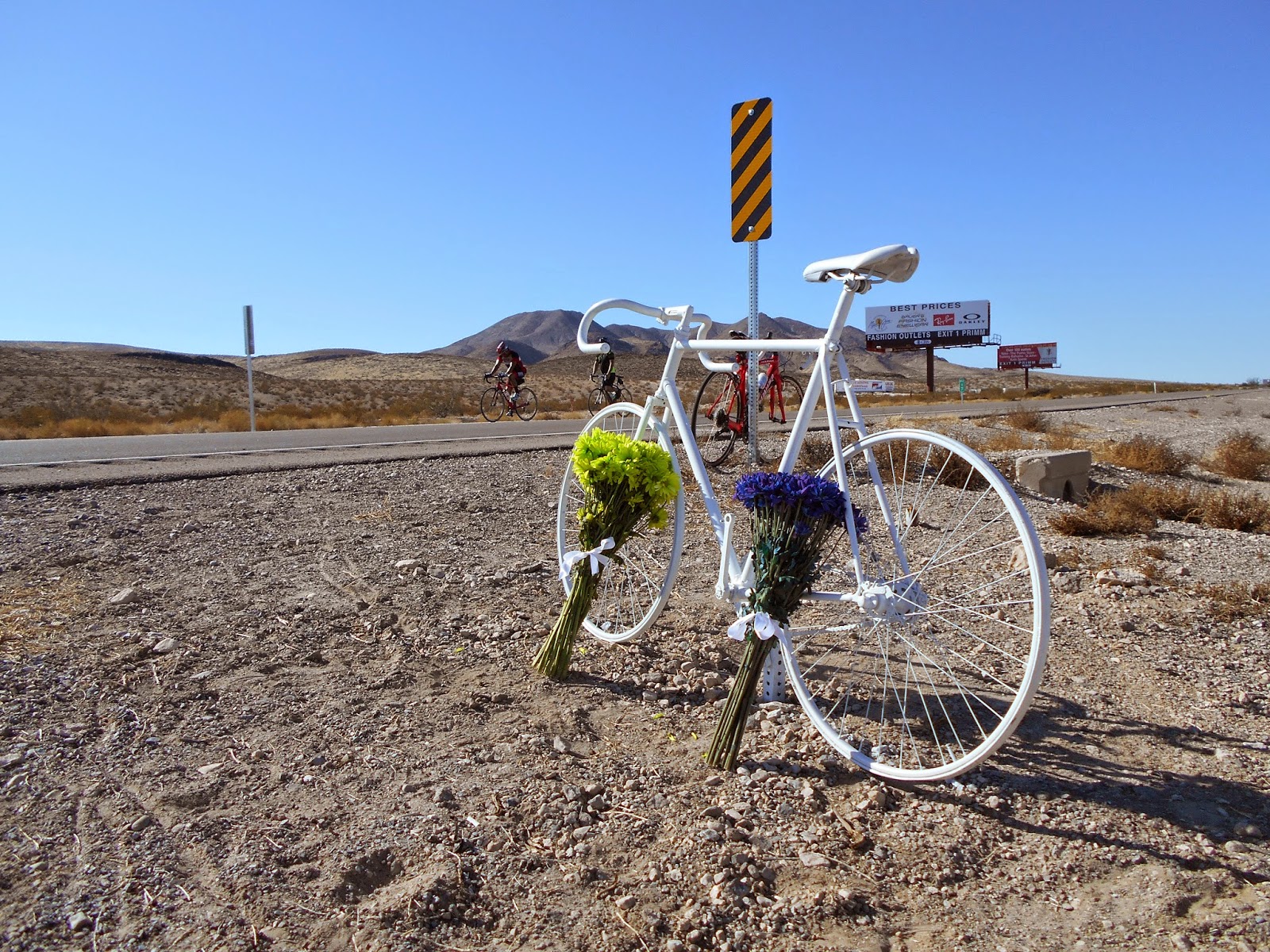 Sadly and regrettably, I have been involved in planting too many ghost bikes into the ground in the Tampa, Fla. area during my bike advocacy days there.

Every bicyclist takes it personally when a driver of a motorized vehicle kills a cyclist. The thinking is that it could happen to me.

So, this morning. I joined another 440 bicyclists to remember the life of Pete Makowski, a 33-year-old member of the Allegiant Air racing team who was killed in June 2013 when he was struck by a gravel truck on South Las Vegas Boulevard at mile marker 17 just south of Sloan and Las Vegas.

The "3 Feet for Pete" ride was held by Pete's fellow Allegiant members to tell the public that drivers of motorized vehicles are required under law to pass a bicyclist by a minimum distance of three feet.

T-shirts handed out to participating cyclists had the 3 foot law's language on the back. 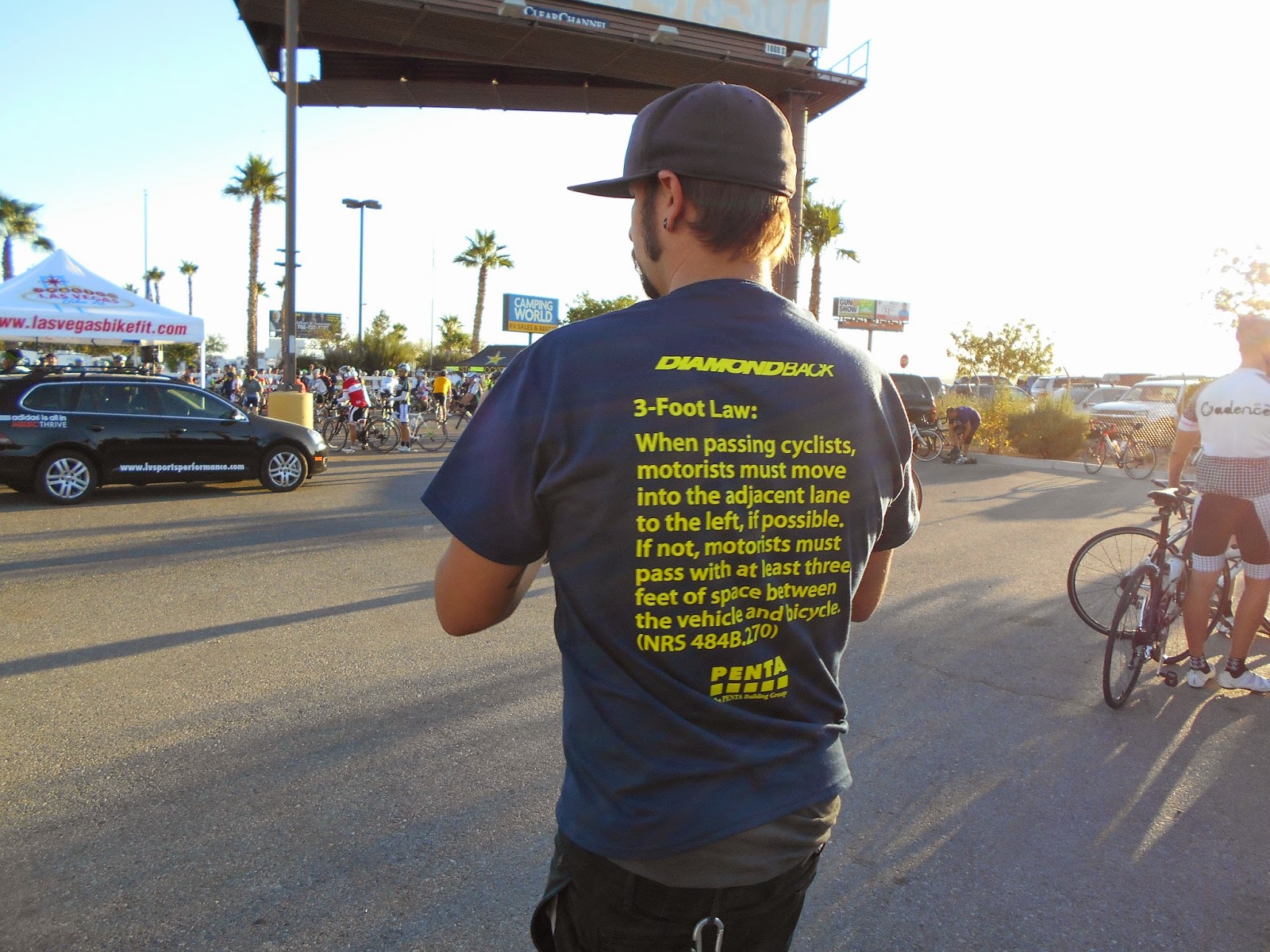 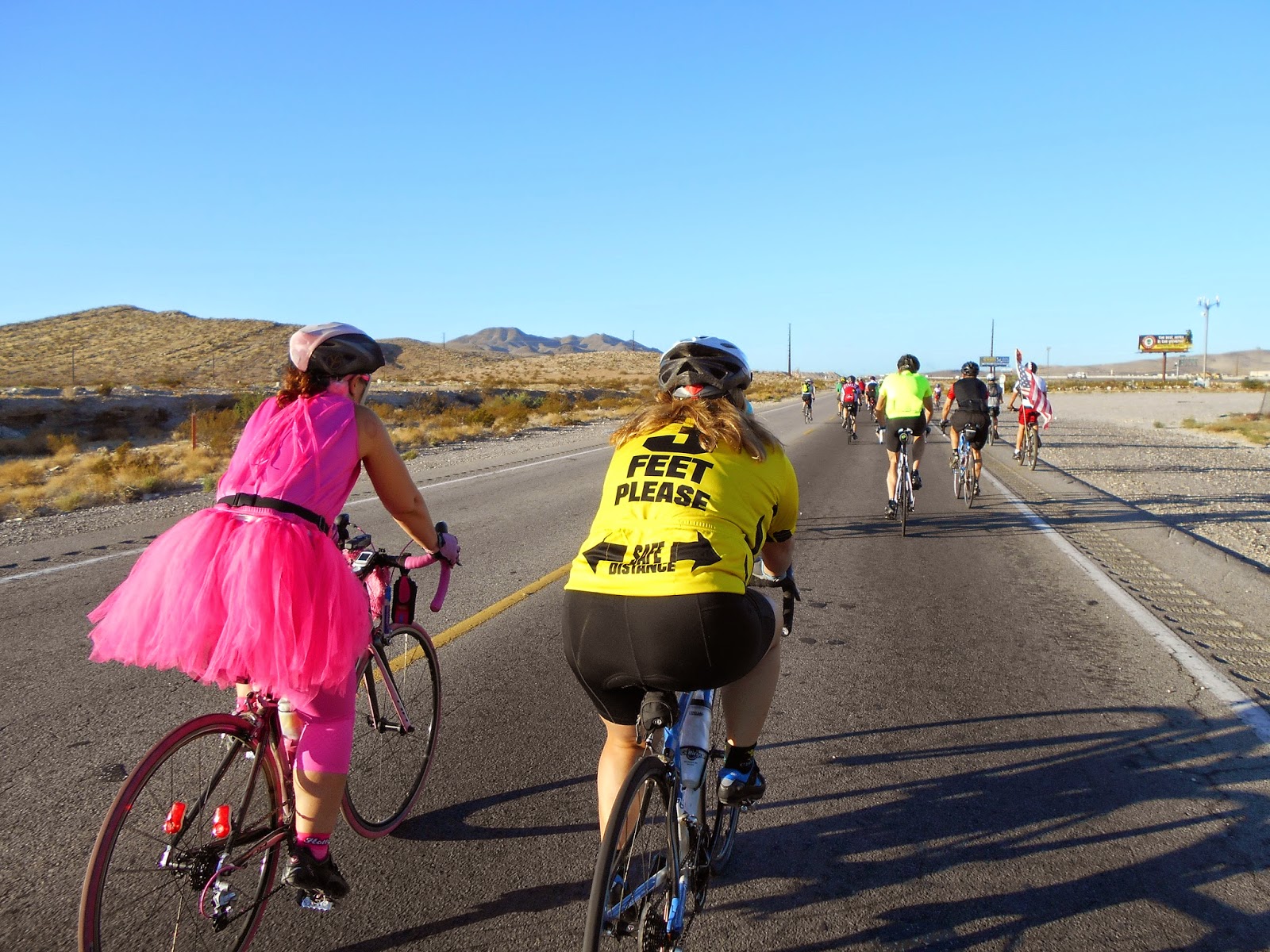 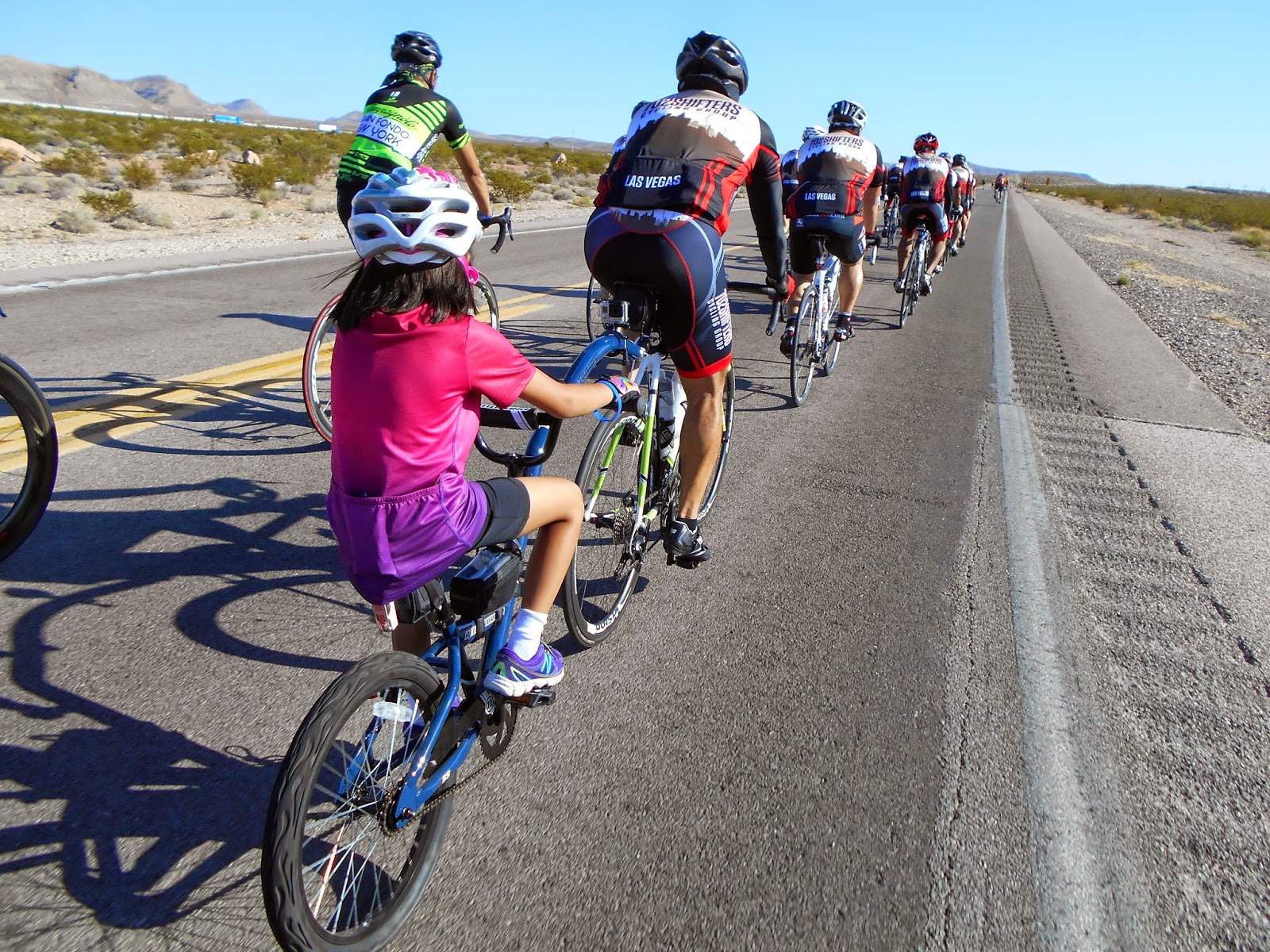 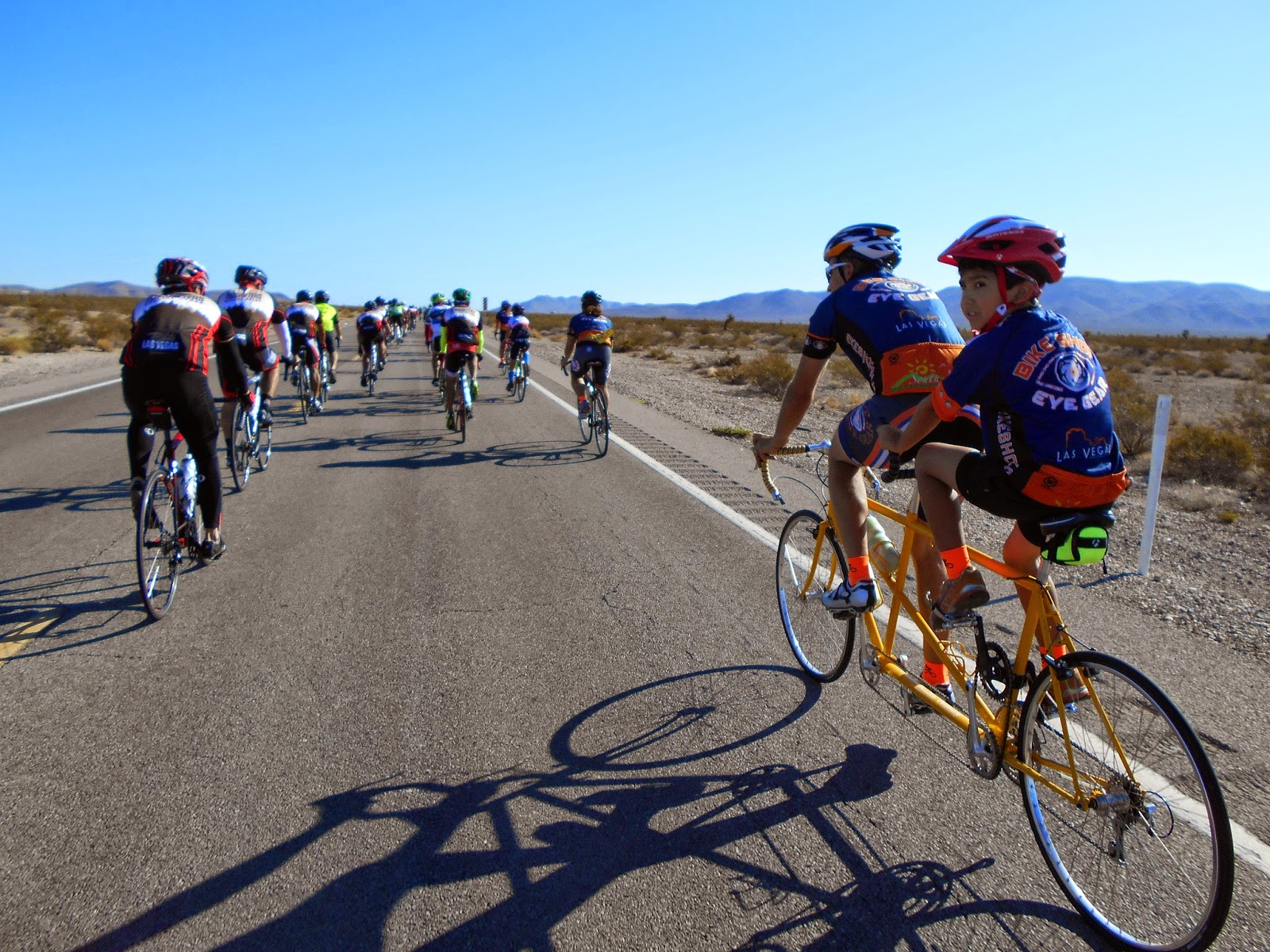 Here is my Review-Journal story on the 3 Feet for Pete ride today. It includes a video interview of Tony Gebbia of the Allegiant Air racing team.

The vast majority of the road was closed to motorized traffic. 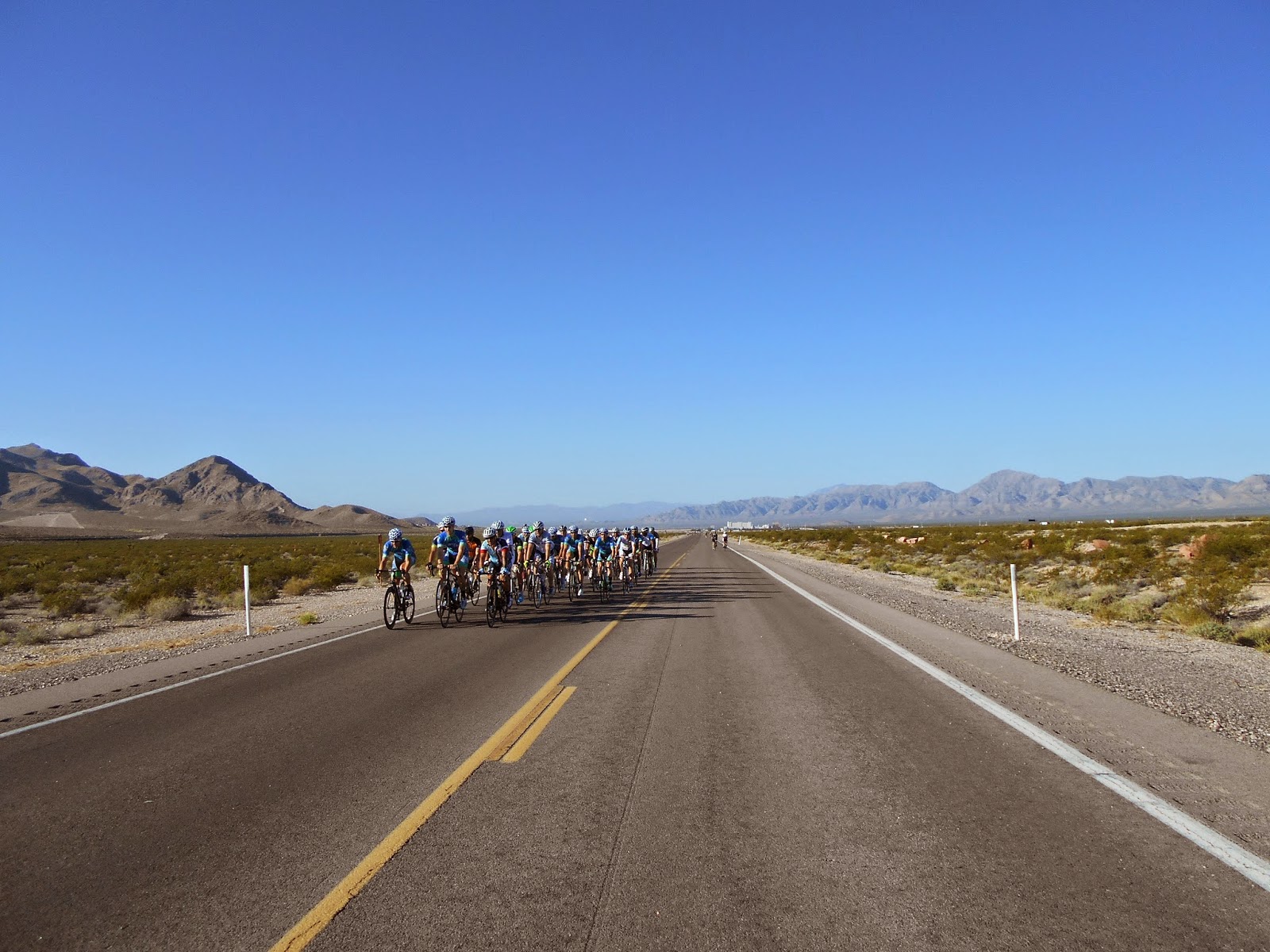