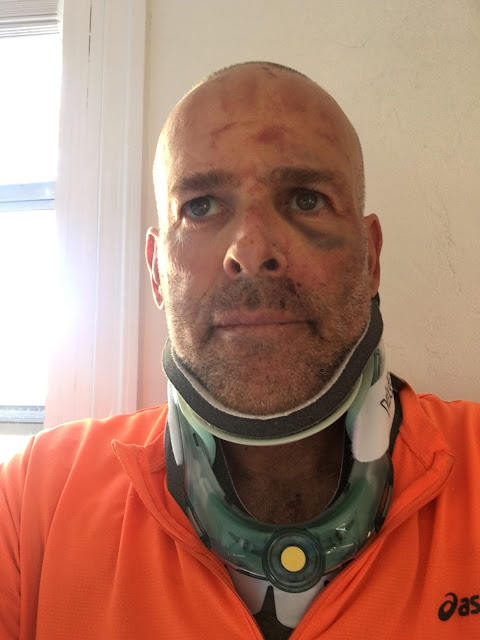 Welcome to lovely St. Lucie County, Fla., where a motorist can smash into a bicyclist with complete immunity and not even draw a citation.

I know all about it.

I was that bicyclist.

A 65-year-old motorist by the name of Dennis Brophy from Fort Pierce drove his 2016 Chevy Cruze right into me from behind without a single attempt at driving around me and sent me to the Lawnwood Medical Center ICU for two days -- and the responding officer did not believe that the culpable motorist deserved a ticket, summons or citation.

Brophy says in plain black-and-white in the crash record that he was in the process of inhaling "a breathing treatment" when he drove his car right into the back of my bicycle and me as we both headed south on Old Dixie Highway at 8:03 a.m. on March 7.

Brophy also stated, according to the report, he was "blinded by the light and never saw the bicyclist until he hit him."

And he admitted "he suffered from extreme sleep apnea." (And Brophy also told the deputy that "he has yet to participate in a sleep study or use a C-pap machine," according to the crash report.)

On the report spot listed as "Driver Distracted By," a single word is typed in: "Inattentive."

And driver's condition at time of crash is "fatigue/asleep."

Brophy threw every excuse out there.

I guess it worked.

The deputy did email me these soothing words, "This will not effect the fact that you were the victim of this crash."

The rear wheel of the Cannondale road bicycle was broken into pieces and the rear of the Specialized Propero helmet was crushed in, the helmet cracked in several places. 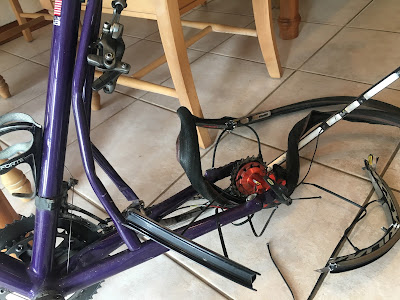 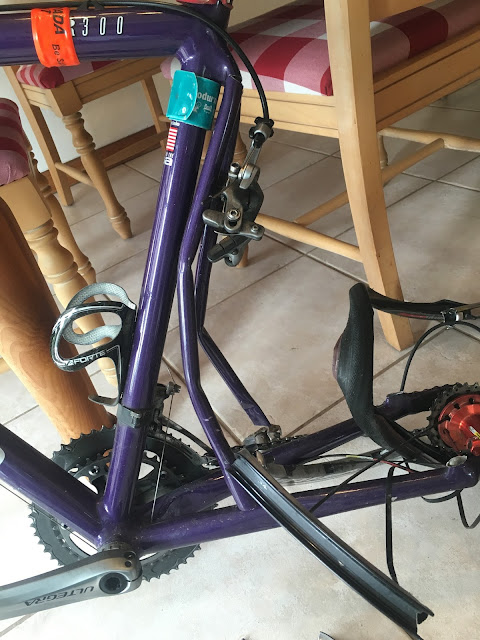 I could have been killed or left for being a vegetable without that helmet standing up to the crash when Brophy drove his Chevy into me. 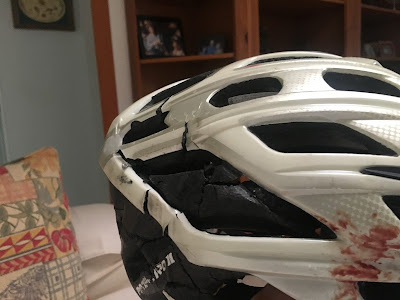 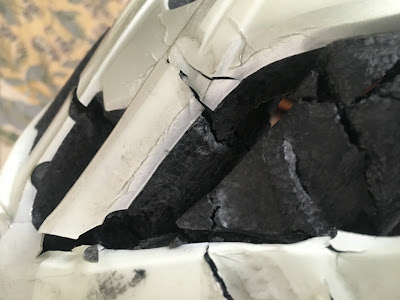 Thankfully -- and I think by nothing less than a miracle -- I left the ICU and am recuperating at home.

My lawyer, J. Steele Olmstead, of Tampa, is handing the case, the hospital bills and the insurance issues.

The force of this collision was met by the love and generosity of my friends and family and strangers in the greater bicycle community who donated a stunning $4,000 in the first 24 hours of internet fund raising so that I will have some money to pay my bills and meet living expenses while this case is sorted out.

And I get choked up thinking about so many people stepped up and gave money and shared the fundraiser link to help me.

I face a long recovery but with family and friends joining this voyage I hope to one day hop back on the saddle.

Why am I not surprised by the police reaction.

Hang in there Alan, you'll be back pounding the pedals soon.

So hard for me to write these words, because they bring tears to my eyes and sorrow. Reading your story brings back to many pictures and words of Margaret and Dougs death, 20 years ago. The helmet, the bike, the cause of impact.
I was angry at the crash report by FHP, it was the main reason I became involved in law enforcement, so much that I went through the police academy in my mid forties. Trying to make a difference and save a life.
It is also where the law enforcement guide originated from for FBA,
I still can't make sense of it,
Thoughts and prayers for healing,not just physically.

What reason does the cop give for not issuing a ticket, at least?

I am glad you are on road to recovery. Sadly,until there are consequences commensurate with the actions of inattentive drivers these crashes will continue.

While I am not surprised, I am still outraged that the driver is getting off scot-free.

And on top of that, your case is being handled by an illiterate deputy (who doesn't know "effect" from "affect").

You are going to have a hell of a time trying to true that rear wheel.

Thinking of you and hope you are back on the road soon.

PS I'm posting the photo of your helmet the next time I see someone advocate for not wearing one.

Outrageous. The driver knew he was impaired when he got behind the wheel. He was reckless and we're all lucky you're still with us. Sending all our love and healing thoughts.

If he'd rear ended another car, he would have been ticketed. It's unbelievable he was not ticketed for hitting you. I hope your attorney nails Mr Inattentive.

never seizes to amaze me when a law enforcement agent sees no wrong.Wishing you a speedy recovery!

Alan, everything you've ever written, stood for, and cycled for, has been positive and uplifting. Your Tampa Bay Bicycle Bash is still spoken of in awestruck tones by our cycling community. It is so not fair that you, the "shining star" for safe and happy cycling, suddenly become the victim. We made a contribution to your recovery-funding project. And we're hoping that, albeit terribly sad, your experience motivates clubs, shops and solo cyclists all over to become more proactive on behalf of bicycle-motorist incidents like this. You rock!

Same result here in Ulster Co, NYS, on Lucas Ave Turnpike. Lost a wonderful friend exactly the same way August 26, 2014 at 6 pm. Motorist said the light was in his eyes. [ https://en.wikipedia.org/wiki/Peter_Bacon_Hales]. I continue to be enraged about the total lack of prosecution by State Troopers and local police. At the least this was vehicular homicide. Peter was a veteran bicyclist having biked in all kinds of areas, rural and urban for decades. Needless to say there are many many family members and friends who continue to grieve.

wow.. good luck and keep us posted on how you make out. get better fast!

At the very least - aside from money for bills and lost income, you should pursue having that driver's license revoked due to age and medical condition. Elderly people shouldn't be able to use their health problems as an excuse for almost killing someone.

Curious: Do you use a mirror while riding?

Alan, I don't know how to word my sadness and anger over your accident. I was hit last May in Orlando by a Post Office mail truck and for the first time, i sued and won. I hope you do the same. I've been hit several times but this is the first time I decided enough was enough. It is shameful after all the hard work you've done for the cycling community in Tampa Bay and Florida that you have been treated so badly by law enforcement's unwillingness to hold to account someone responsible for operating a motor vehicle and maintaining control at all times. Be well my friend, it is a loss for Florida that you are leaving us and I will miss not having another opportunity to ride with you again.

It terrifies me when I read the horrible experience like yours. Yet I go out on my bike every chance I get knowing that I could be the next hit and run victim. On my bike I now have two lights in front, two red lights in the back and one on my helmet. This summer I am thinking of buying gopro helmet camera. With bringing awareness comes the responsobility of educating others including ourselves and giving importance to taking precautions. Thank you for sharing and wishing you the speedy recovery.