(Blog poster's note: Occasionally this blog will post a non-bicycle item. It won't happen a lot.) 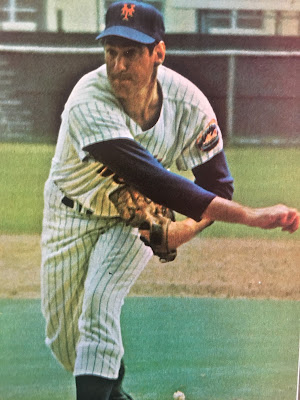 The last time I saw Ron Taylor and he gave me an autograph was 1970 when my mom took my two sisters and myself to one of those pre-Wal-Mart all-purpose stores called Shopper’s Paradise in Spring Valley outside New York City.


I was a little kid who loved baseball and it was the year after the wiry, right-hand-throwing Taylor and the rest of the New York Mets shocked the world and went from the Bad News Bears of the National League to World Series champs overnight in 1969. 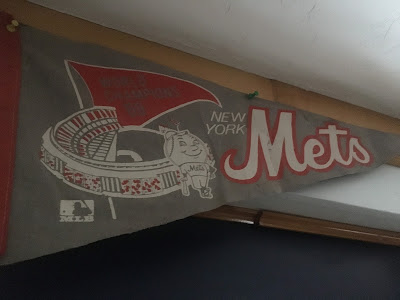 There was no bigger thrill to be a schoolkid in the City area in 1969 when the Amazing Mets stormed past the Chicago Cubs to win the Eastern Division, defeat the Hank Aaron-led Atlanta Braves for the National League pennant and upset the favorite Baltimore Orioles to win a World Series.

The fact that a sad-sack club such as the Mets in the Queens could win a World Series just like the all-powerful New York Yankees in the Bronx planted the seed of “anything-is-possible” attitude in me that is still with me to this day. It also cemented my root-for-the-underdog mentality that still shapes a lot of my thinking. 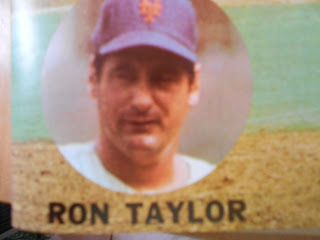 Taylor was hardly one of the Mets’ big stars that included young guns such as future Hall-of-Famers Tom Seaver and Nolan Ryan and fellow pitching stars like Jerry Koosman and Tug McGraw.

But Taylor was among a handful of steady veterans who added stability to the club. And he also had a wicked sinkerball that he used when he helped the St. Louis Cardinals to win the 1964 World Series by defeating the Yankees.

All those childhood 1969 Miracle Mets memories came flooding back late Friday afternoon when I saw the 78-year-old white-haired Taylor and his family sitting in the left section in the Vero Beach Museum of Art theater to watch a short documentary on Taylor’s transition from Major League Baseball pitcher to a medical doctor after he visited Vietnam on a USO tour after the Mets won the World Series.

It was among several dozen movies in the inaugural Vero Beach Wine & Film Festival Thursday to Sunday.

During the Q & A after the Dr. Baseball film, Taylor and his two sons took questions. They fielded a few, and were about to wrap things up when I raised my hand though I didn’t have a question. It was just a corny comment to Taylor to thank him and his fellow Miracle Mets for the 1969 season that set the tone for my youth and for the autograph he gave to me one year after in 1970.

Could you imagine that I still recall 46 years later what I told him when I got his autograph at Shopper’s Paradise off Route 59 in suburban New York City?

I told him, “You pitched great.”

And he answered, “Thank you.” 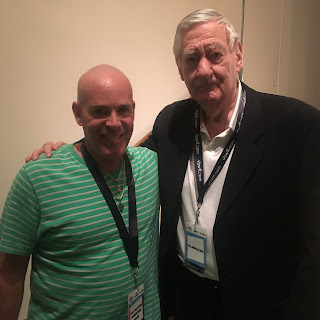 Taylor was just as humble and polite 46 years later when I told him the autograph story and he again signed his name for me -- this time in my reporter’s notebook. He wrote, “Ron Taylor Best Wishes!”

The film is only 17 minutes, but it’s jammed with great interviews from Taylor’s former teammates like Tim McCarver and Bob Gibson. Taylor’s two sons crafted a lovely documentary chronicling their dad’s move from Canada to Cleveland to sign with the Indians before he was traded to the Cardinals and Mets. Taylor pitched in the Big Leagues from 1962-72.

The flow of baseball photos transitioned to scenes of Vietnam when Taylor saw what the unpopular war was all about. After 11 years in the Majors, Taylor quit baseball and entered medical school at age 35. 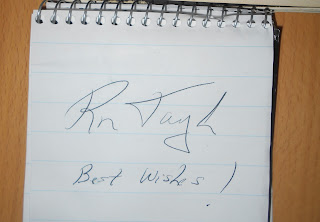 Taylor became a physician and ultimately served as the team doctor for the Toronto Blue Jays in his native Canada. There are some funny quips from former Blue Jays players like former slugger George Bell who got a kick out of “Doc” not only treating their injuries but also throwing sinker balls, curveballs and slider pitches during batting practice.

Taylor's two sons spiced the film with terrific quips from their soft-spoken yet quick-witted father, who cracked some funny jokes during the documentary.

After getting all mushy with Taylor after the film, I sauntered to son Drew to tell him how much I enjoyed the documentary on his dad.

The good news is that Drew and brother Matthew are following up Dr. Baseball with another documentary. It's about the impact of the Mets, NFL New York Jets and NBA New York Knicks all winning championships in 1969-70 on the psyche of New York City.

So who knows, maybe the Taylors will be back to Vero Beach with another great documentary one day.