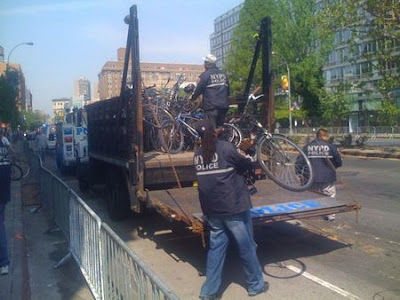 Tampa police have ticketed bicyclists for riding in a traffic lane and so have Pasco County sheriff's deputies, too. But at least they never just cut locks and confiscated bicycles, like NYPD did in New York last week when Obama was in the Big Apple to give a speech at Cooper Union.

New York Police cut locks and took bikes along Houston Street because they feared pipe bombs could be hidden inside bicycles.

New York has drawn a lot of praise recently for the city's re-engineering of its streets to accommodate bicyclists.

But NYC messed up on this one. 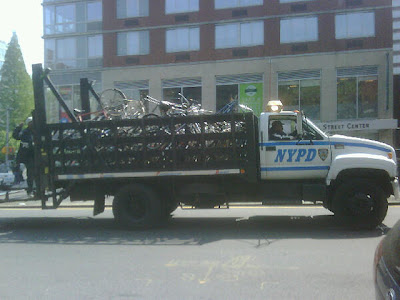 whatta crock...takes their bike savvy quota down a few notches...at least give warning!