Pedaling The Day Off To A Good Start

Some people need coffee to get started in the morning.

I need at least two hours of pedaling along the Atlantic Ocean, either north or south of Vero Beach. 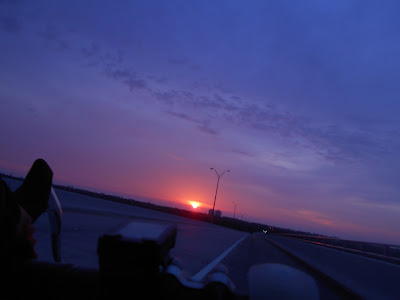 On Wednesday, I snuck in a 32-miler to Fort Pierce and back before the rains struck and washed away the rest of the day in Vero.

But the stormy weather led to stunning dry and cool conditions Thursday and Friday. On Thursday, I pedaled my 1993 Cannondale R300 road bike to the One Stop Shop in Wabasso for the unbelievable-delicious fish tacos (made from flounder) in the Mexican hole-in-the-wall restaurant inside the store.

It was fun to talk with Mark the owner again and meet this character, who JOKED with me that I shouldn't put the photo on the Facebook because the police will find him and put him in jail. 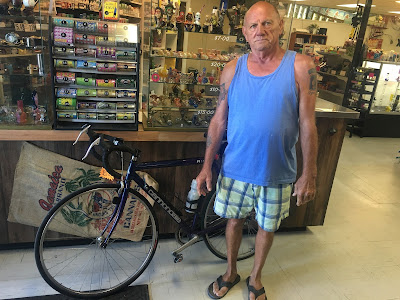 On Friday, with winds out of the north, it was back to pedaling north on A1A to get the headwinds done on the first half of the ride. 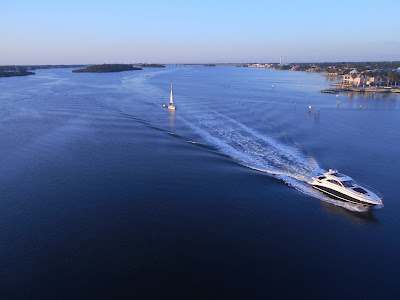 So, Bevin the owner of the Bicycle Sport shop in Vero told me the legend of an older fella who rides up and down A1A on a Trek hybrid bike while pedaling without a helmet. The kicker is that Bevin said this gentleman is the father-in-law of Trek CEO John Burke.

And lo and behold there he was this morning -- but the fella who said his name was Hans said his son is the brother-in-law of John Burke. Which kinda sounds like he's John Burke's father-in-law, but at least I found the guy pedaling his heart off along A1A. 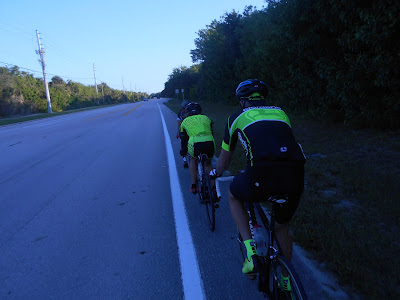 I'm thinking, "I'm doing a bike ride of pedaling my ass off for two hours."