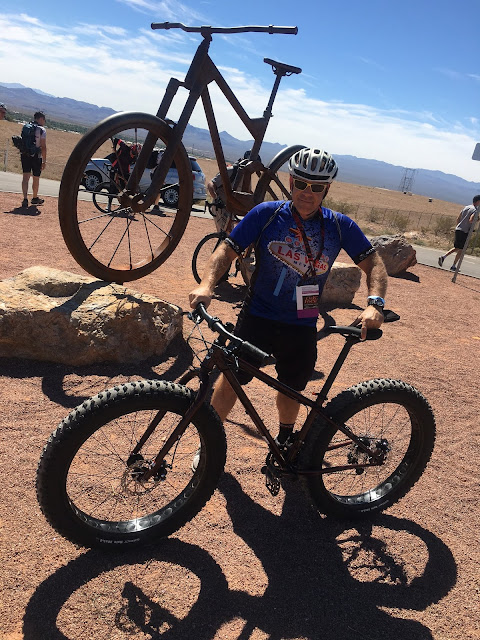 Cannondale has returned in full force, and that's a big deal because that popular brand spurned Interbike a few years ago before returning with a small presence at last year's show.

I bumped into Pat Hus, the man who runs Interbike, and Pat remarked, "It's all about distribution," in explaining why Cannondale is exhibiting with a show of force this year. Pay, by the way, used to work for Cannondale back in 2000 though the brand has completely changed leadership. 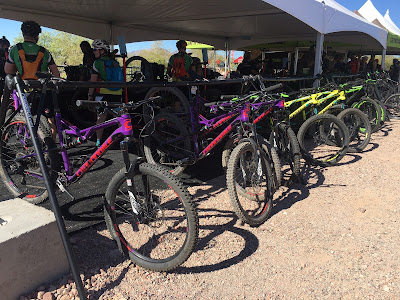 Last year's record 327,000 square feet of show space at the Mandalay Bay Convention Center was a record for Interbike.

There are 900 exhibitor contracts representing 1,400 brands this week.

I then sauntered over to the Surly tent, where I chatted with Paul Zeigle, a brand manager who told me about the Wednesday model that was debuted at last year's Interbike. I liked his Surly card -- "bikes. parts. chaos." 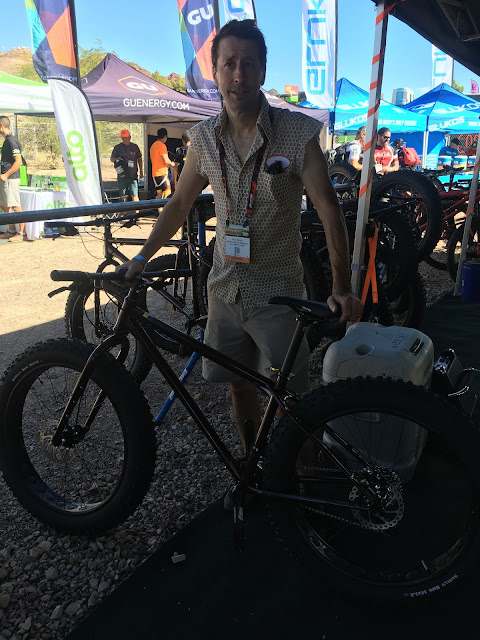 I filled in Paul about my Surly Pugsley that I ride everywhere in Vero Beach after taking it up the snowy trails of Mount Charleston outside Vegas.

Paul mentioned that more people are buying the Surly models like the Wednesday and The Ice Cream Truck because riders are using it for other purposes besides snow.

Add at 12:10PM: After drifting around the Outdoor Demo, I noticed some popular brands that used to show here are not around. Notable brands missing here are Specialized, Giant (I was told they dropped out of the Outdoor Demo only a week ago); Jamis, Yeti and Santa Cruz.

Apparently, it seems like some brands are using the money they normally use to show at the Outdoor Demo to have their own demo tours, an industry source told me.