All Shook Up On Tonight's Downtown Las Vegas Bicycle Ride

Tip of the Bicycle Stories helmet to Ron Floth, the bicycle community outreach dude for the Regional Transportation Commission of Southern Nevada. RTC might seem like the local public bus agency, but Ron does great community work -- like tonight when he led an Elvis social ride in downtown Las Vegas. 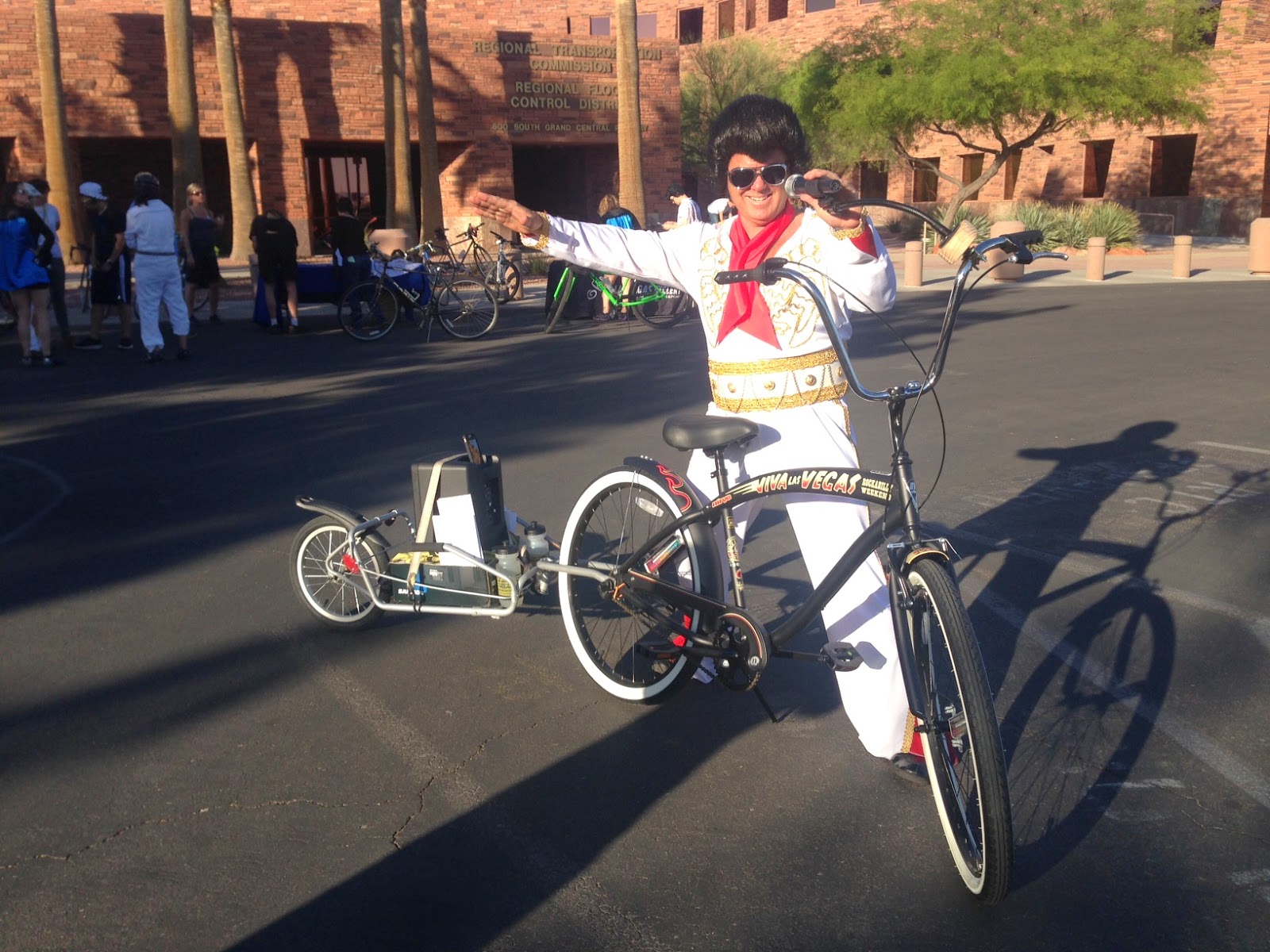 This is the local transportation agency trying to drum up support for bicycling -- and it brought out about 40 cyclists tonight, including several who donned Elvis garb for the easy four-mile bike ride.

Ron even set up a microphone on his handlebar, with a 40-amp speaker on a small trailer in the back. His Elvis songs wouldn't play from his iPhone because the mount was not secure enough on the trailer but Ron is a singer on the side and did some fun Elvis songs.


We stopped at Zappos downtown, where we dined on platefuls of peanut butter, banana, bacon sandwiches and met the cooks of these fine sandwiches. 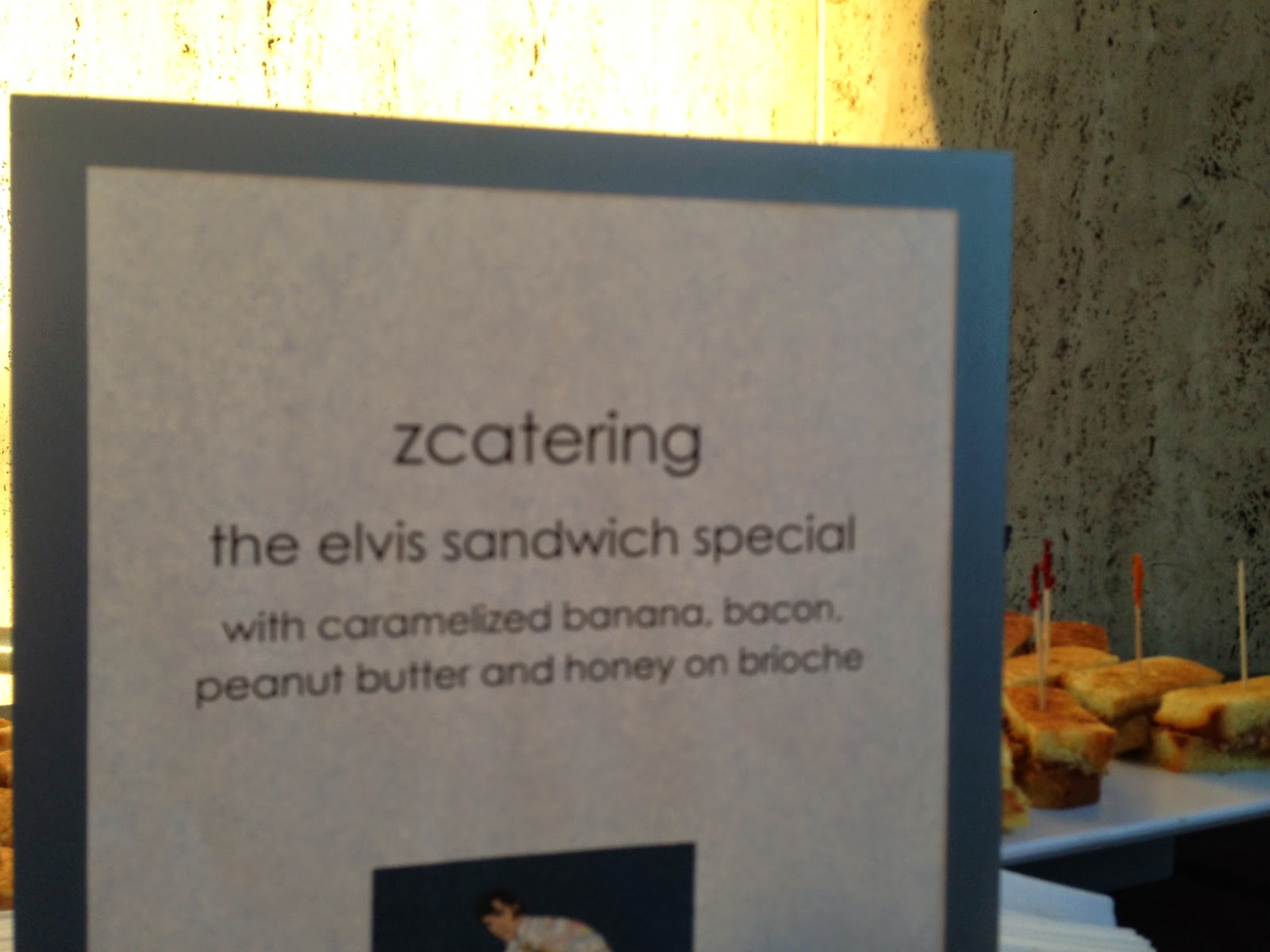 During the sandwich pit stop at Zappos, the chef gave Elvis the celebratory nip twist. 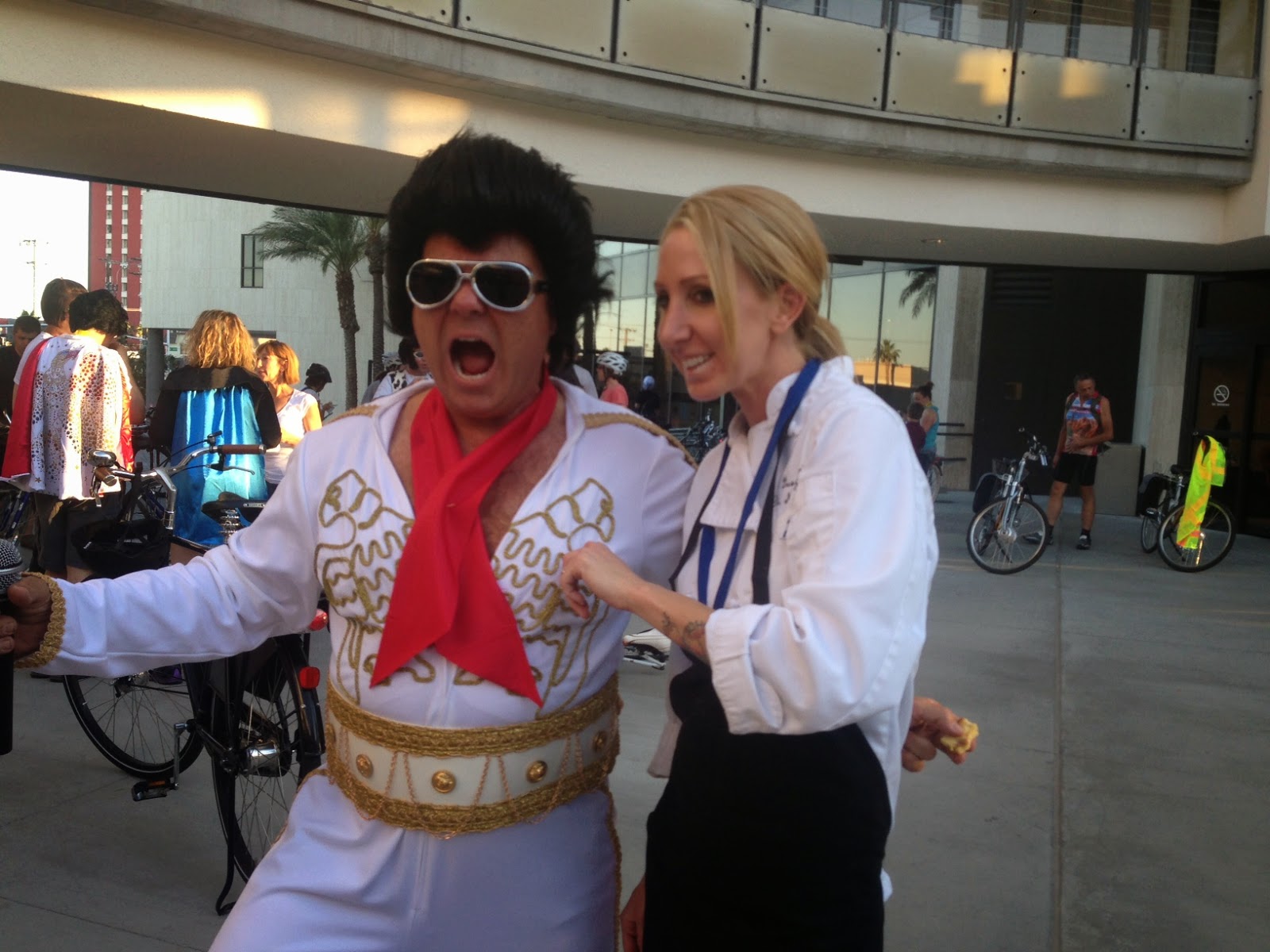 We headed back to the First Friday festivities in the Arts District, but on the way we made a pitstop at an Elvis wedding chapel, where Ron struck the pose. 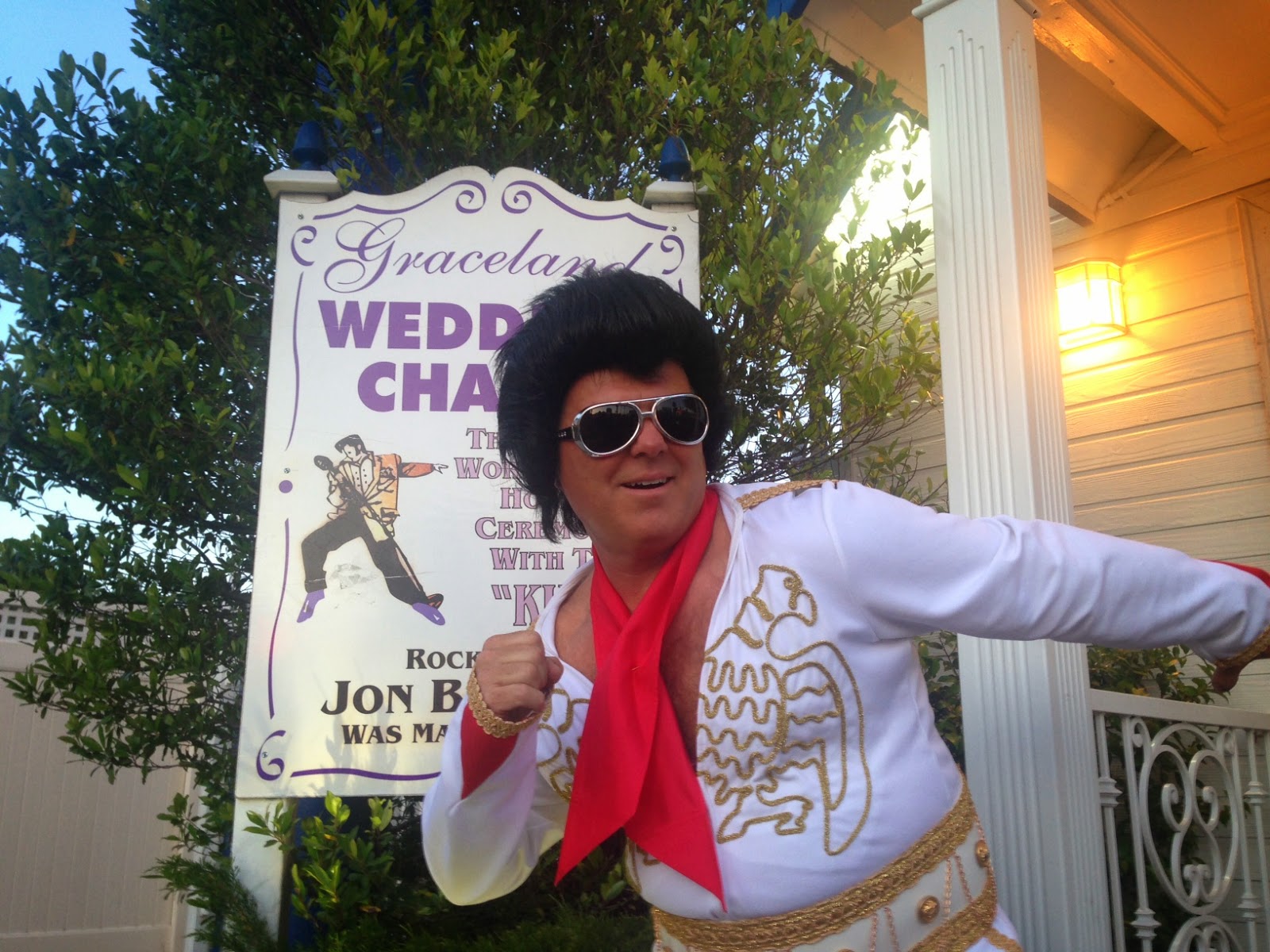