Los Angeles has come a long way as a bicycle town.

I'm on assignment in LA for a few days, so early this morning it was fun to roam downtown before some interviews and check out the growing bicycle scene in Los Angeles.

It's Bike to Work Day here, and the Metro public transit system helped put on some bike commuting pit stops, including this one where I met a nice fella name Andrew Craig who works for a non-profit called Climate Action Reserve. 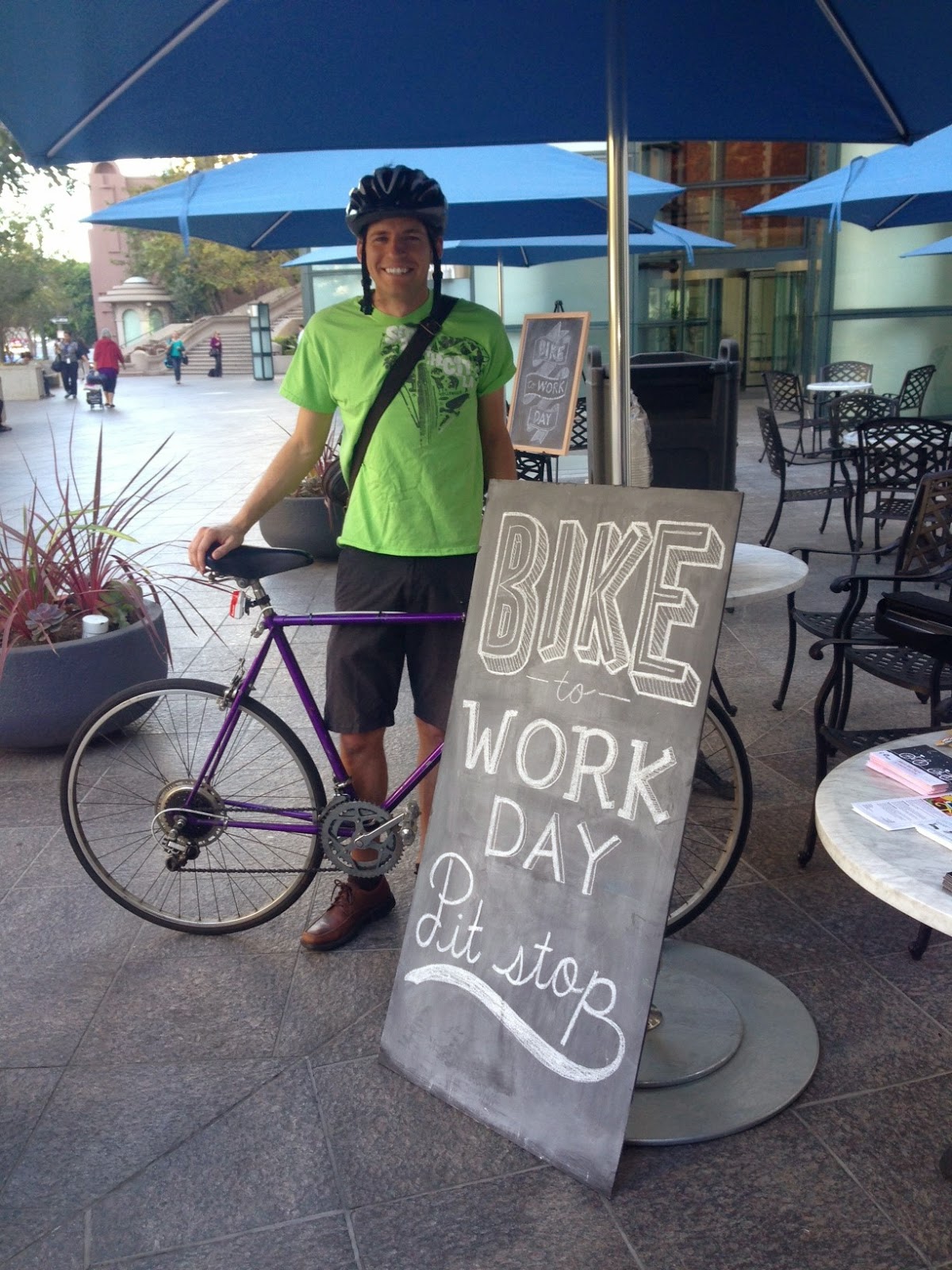 Moments before I snapped a shot of Andrew in action on his bike. 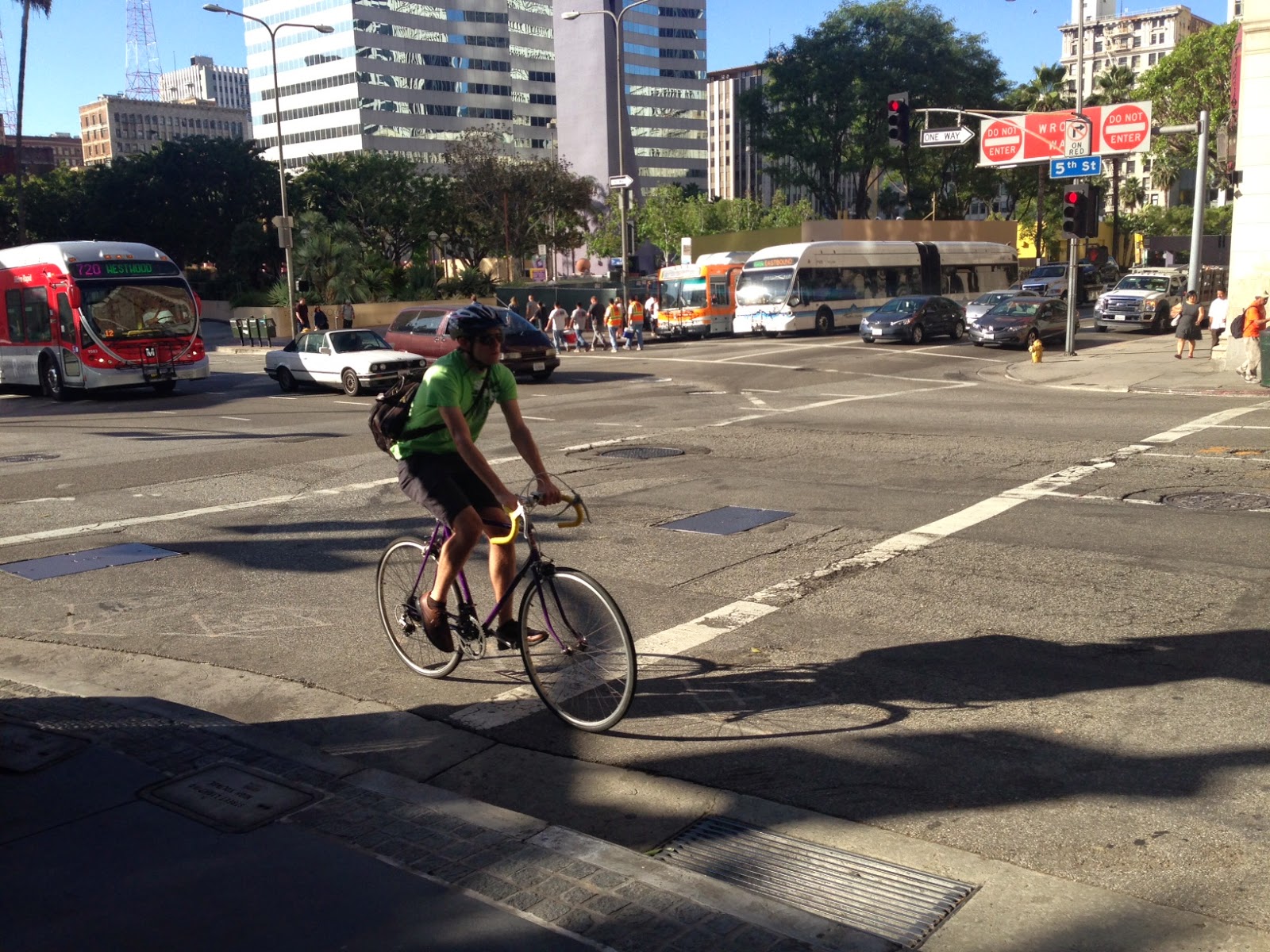 I also saw bike lockers and also a cool sign on the back of a Metro bus. 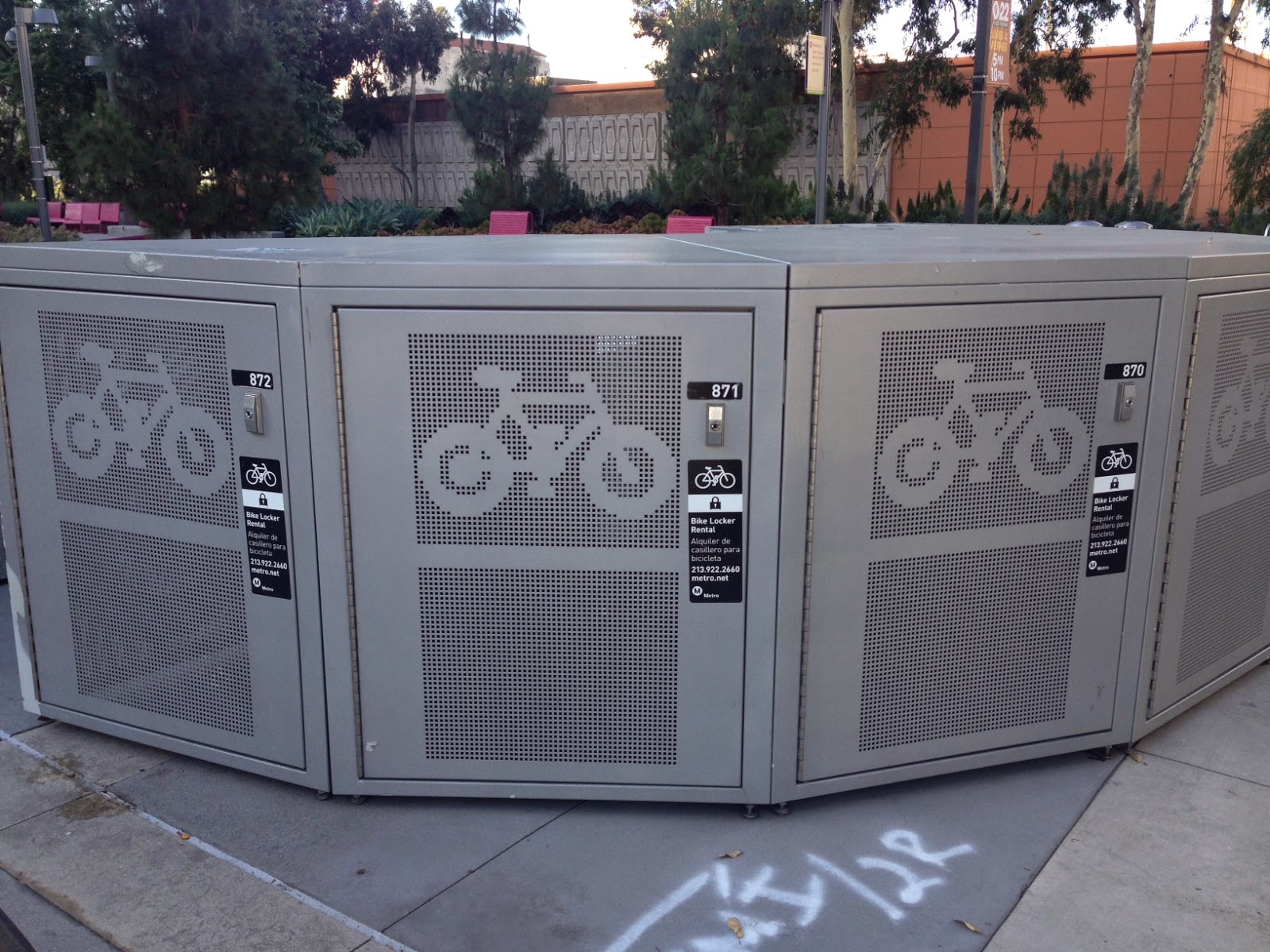 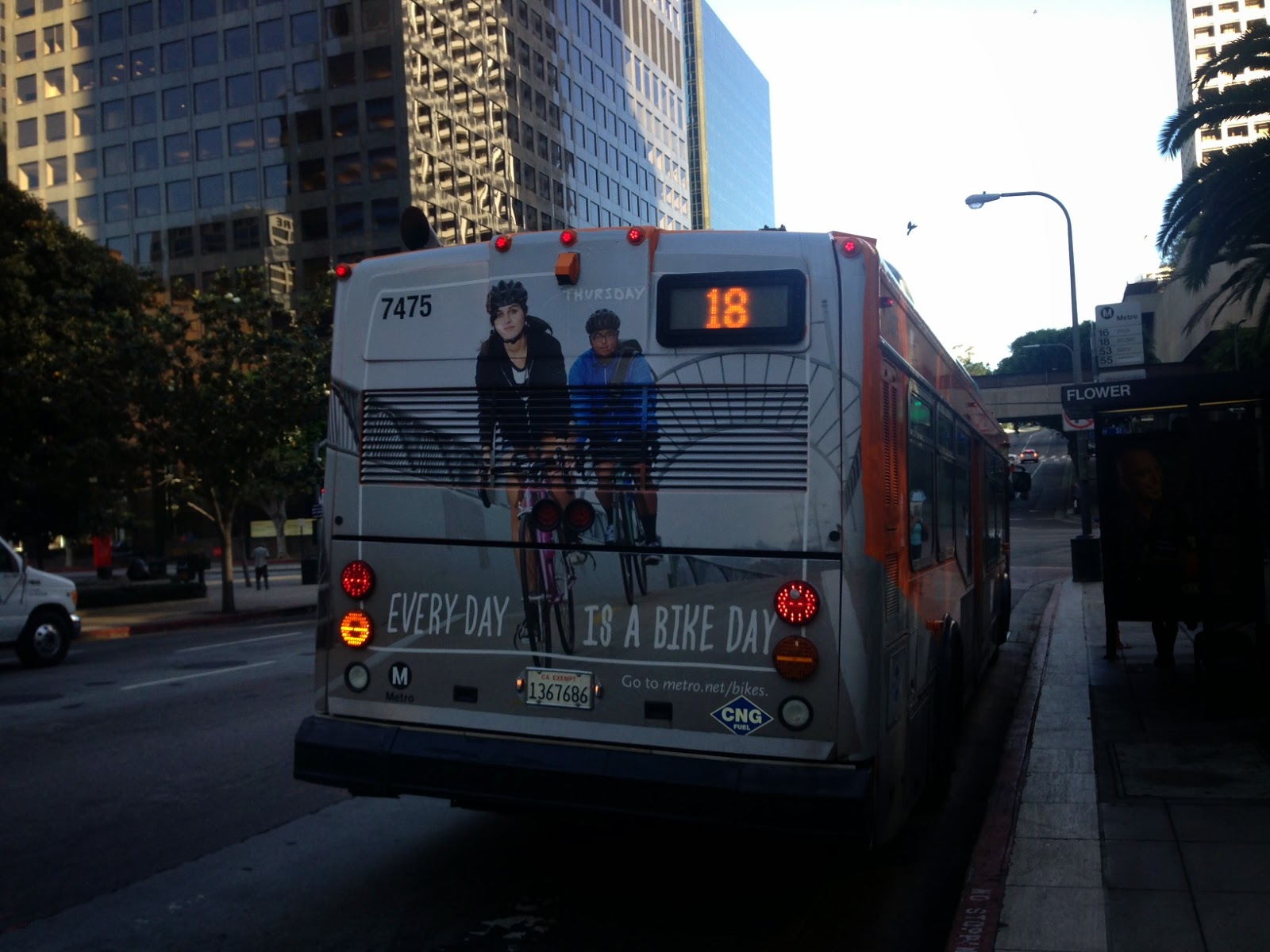