More than anything else, bicyclists detest wind. For me, I'd rather bike in severe heat or cold or rain before I bike into sustained headwinds of 40 miles per hour or get pushed into traffic by crosswinds of those speed.

Which is why I can perfectly understand why you might think that my bicycle pal Scott and I are super crazy for trying to bike the six miles on Nevada State Road 159 to the Red Rock Scenic Loop, then bike the 13 miles on the ol' hilly loop under those types of ridiculous wind conditions

After surviving the ride out to the Scenic Loop entrance, Scott and I grinded up the first mile on the Loop, battling tenacious headwinds while pedaling a grand total of 3 miles per hour. We hit the first parking lot, and Scott was ambitious to say he liked to continue biking to the second Red Rock loop parking area about a mile away.

But here's the deal: at this point on the Loop, there was ZERO land buffer against sustained winds of 30-40 mph out of the north/northwest. Here's a video of Scott heading out to the second lot.

Scott biked about 100 yards and the wind was tossing him around like he was a butterfly. So he turned around and we decided the best thing was to reverse field (we had biked only a mile) and advise the Red Rock Loop toll people to tell bicyclists to not dare the winds.

The wind nearly toppled Scott over. Here's Scott coming back.


When we turned around and raced down the hill back to the entrance, it was like we were shot out of a canyon -- ha, just a little literary joke there folks.

We bicycled back to the last shopping center on 159 and decided to bike the new six-mile 215 trail extension north of Charleston Boulevard. Looked like there was some traffic control on the trail between Cheyenne and Alexander. 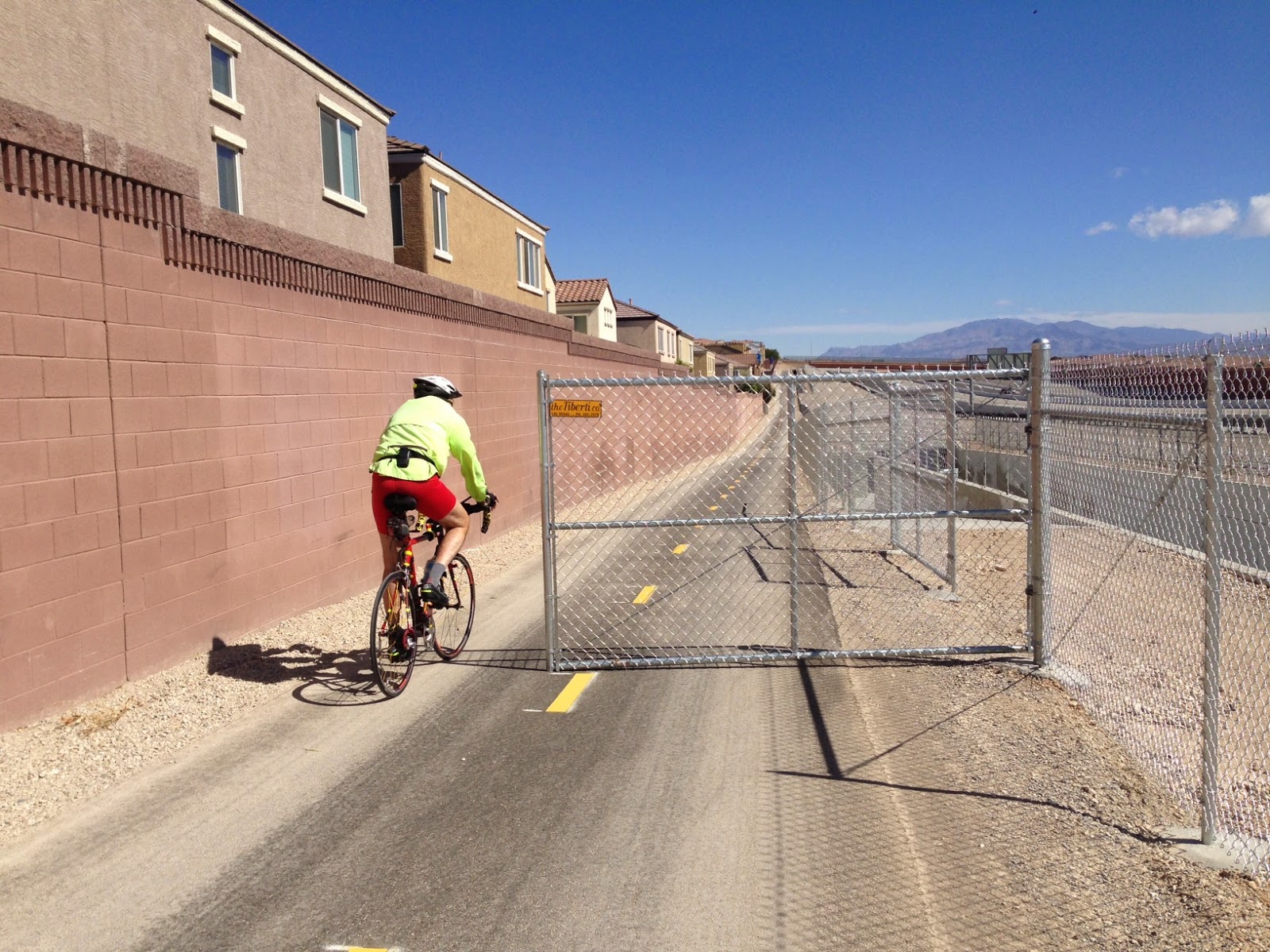 Well, we were the only crazies on bicycles even on the trail.

Sometimes, it's just not a good idea to challenge Mother Nature on Mother's Day.