Joe Capozzi's video went viral last week when he stopped on a bicycle ride and videotaped a colossal war to the death between a massive python and an alligator in a Big Cypress swamp in South Florida.

South Florida TV news shows covered Joe's video and I caught up with my good friend who works for the Palm Beach Post to ask him what role the bicycle played in scoring his amazing video.

Here's Joe Capozzi in his own words explaining how a bicycle delivered him a memory that will last a lifetime.


If I had driven down that stretch of Loop Road in my car, I would have seen dozens of alligators sunning themselves on the side of the road.

But I never would have heard the series of splashes — the gator’s tail swinging at the python’shead and missing — that prompted me to slow my bike and look into 15 feet the swamp at the reptile rumble in the jungle.

I rarely go anywhere without my bike for that reason: 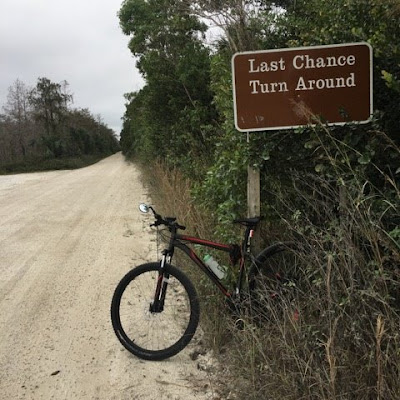 You see so much that you would otherwise not see from the inside of a car.

Most weekends I attach my trusty black Specialized mountain bike to the back of my old Honda Civic and drive to the many beautiful places that make up South Florida.

Once I arrive, I leave the car parked and locked.

The real adventure starts when I pedal away on my bike. 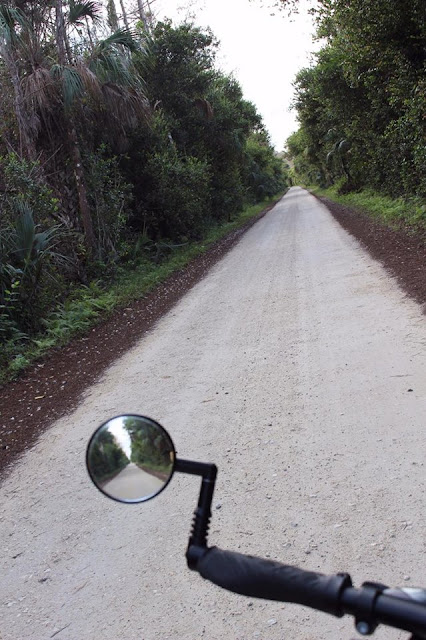 The advantages are subtle but abundant — the smell of the leaves in Riverbed Park in Jupiter, thecolors on the trees and flowers on back roads that take you right to the water in Key West, the breathtaking changes in the color of the sky as the sun sets over the cypress in the Loxahatchee National Wildlife Refuge.

Other bike perks are more pronounced:

The ability to pedal so deep into the wildness that turkey vultures follow overhead, stopping in the branches above you when you stop. On the morning of Dec. 21, I parked on Loop Road, about 2 miles south of Tamiami Trail in Big Cypress, and continued my journey on the bike.

About 5 miles later I heard the splashing and skidded to a stop to witness the python-gator fight.
I watched for about 15 minutes and I remember looking up and down Loop Road a few times, amazed that it was empty that I was all alone, the only spectator with a ringside seat to something wildlife officials would later tell me is rarely witnessed in the wild.

Later that morning, I was passed by a few cars. Most of them were going slow but never stopped. The few cars that did stop did so after seeing me, standing up and straddling my bike, aiming my camera into the swamp at an alligator floating on the surface.

“See anything good?” one man asked after rolling down the window of his SVU.

riding Bmx bike is always brings me great fun. you can have adventurous experience during every ride.

also be sure to see all new pattern changing bike wheel lights: http://electricbikesandscooters.com/products/bright-416-led-colorful-pattern-changing-bicycle-wheel-lights