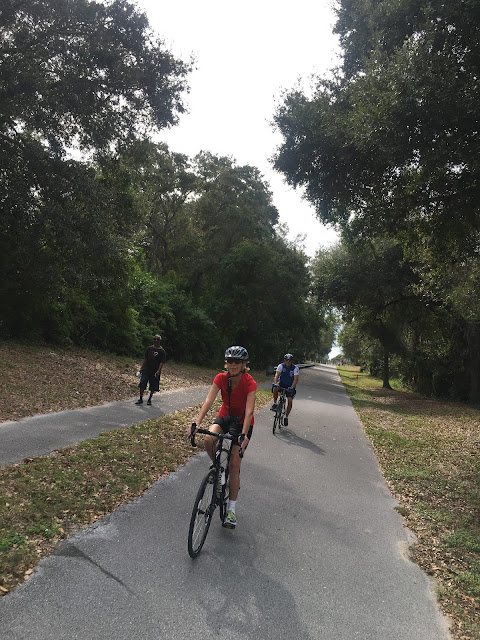 Pinellas County is Florida's most densely-populated county, but you would never know it if you joined Escape Adventures for its Florida Pinellas Trail tour.

Cathy, Ray, Neil and Steve enjoyed pedaling a chunk of the 47-mile-long paved trail, which runs from the St. Petersburg waterfront all the way north to Tarpon Springs in north Pinellas County.

It's a lovely swath of pavement. following an old railroad track easement and slicing through many Pinellas cities and various settings, ranging from parks and tree-canopied sections to even circumventing shopping centers and some industrial sections in the St. Pete city area.

For this ride, we focused on a segment in the Clearwater and Dunedin area. Dunedin is a big pit stop on the trail, which opened in 1990 and was funded with a Penny for Pinellas tax and state and federal funds. 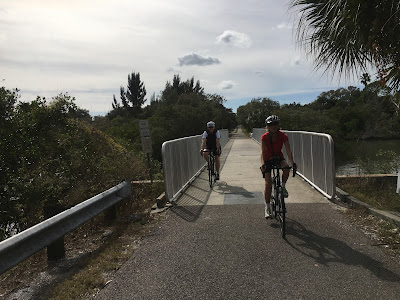 The trail has infused Dunedin with a prolonged burst of tourism and visitors -- and we added to the local economy with a lunch stop at Kelly's restaurant at 319 Main Street.

Downtown was facing economic hardships in the 1980s, but when the Pinellas Trail opened 27 years ago it brought tourists and visitors. 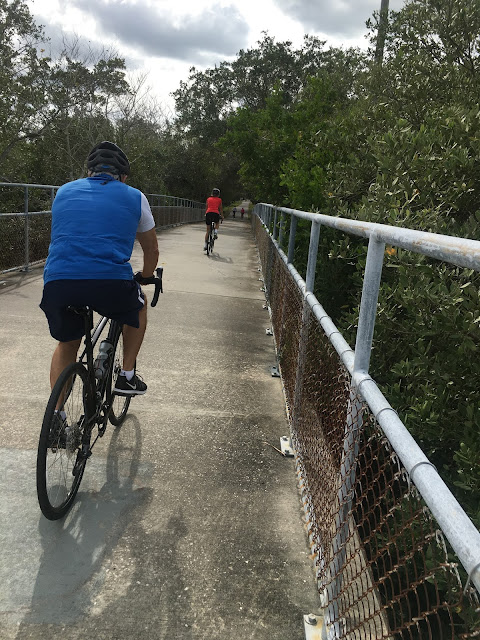 Dunedin's Main Street now benefits from the pedaling visitors who eat, drink and buy souvenirs in its businesses thanks to the Pinellas Trail. 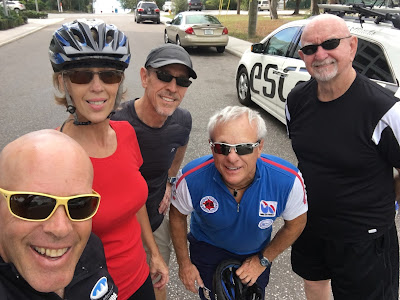