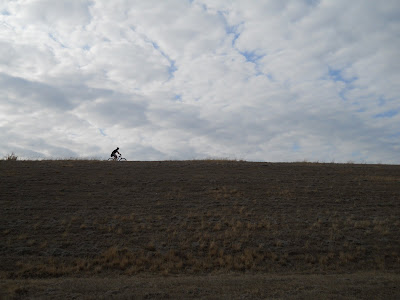 SWFBUD is working to get Hillsborough County and Southwest Florida Water Management District to re-visit a 10-year-old proposal to build a paved trail next to the SWFWMD's Bypass Canal from Morris Bridge Road just east of I-75 southward toward Tampa.

This afternoon, I joined SWFBUD store owner Randy Myhre of Oliver's Cycle Sports, along with Bill Hand and Tina Russo of Hillsborough County, Colleen Kruk of SWFWMD and planner Kelly Bray of the city of Temple Terrace on a short bike ride on mountain bikes to check out the canal trail route.

We started on Morris Bridge Road and headed south atop the berm and the views were wonderful. There were sections of shells and hard dirt used by the maintenance pickups, but after three miles or so we were stopped by I-75 as we headed slightly west.

The proposed canal trail alignment calls for the route to move off the canal property to a road about a quarter-mile away, then return to the canal land.

We hope to get the ball rolling on this plan.

Colleen of SWFWMD and Bill Hand of Hillsborough County check out the maps that show the proposed Bypass Canal Trail. 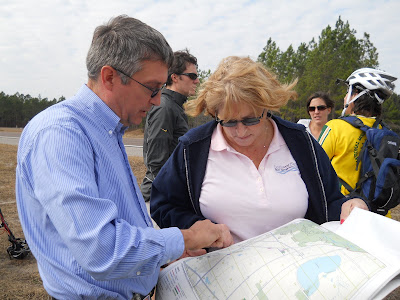 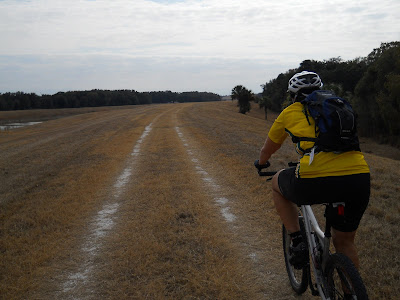 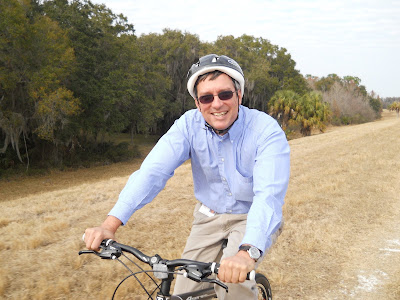 Check out the scenery -- nice stuff. 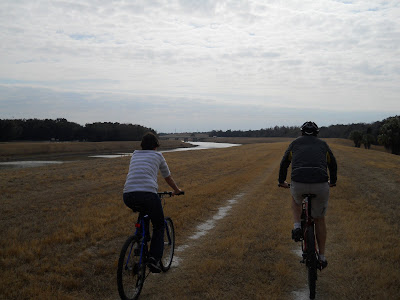 Kelly and Bill ride the trail. 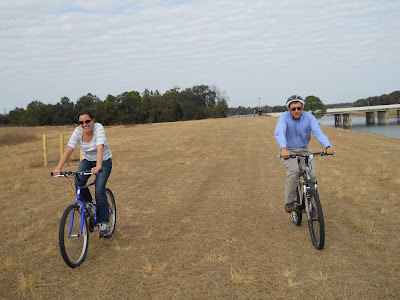 Tina jumps over the fence where there was no opening. 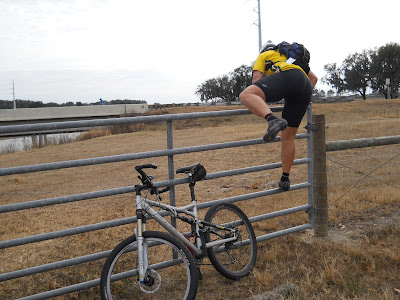 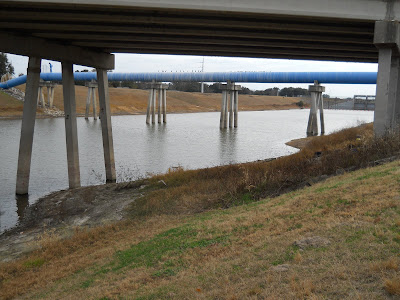 Tina and Randy biking the trail. 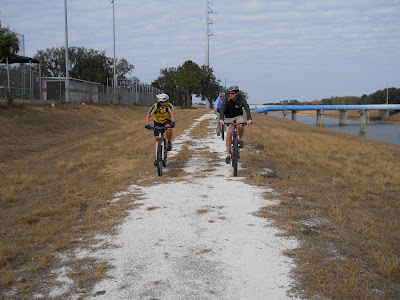 One of the smoother sections. 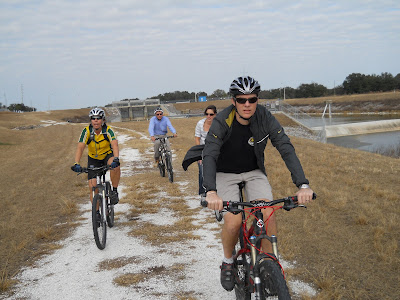 Randy checks out one of the underpasses. 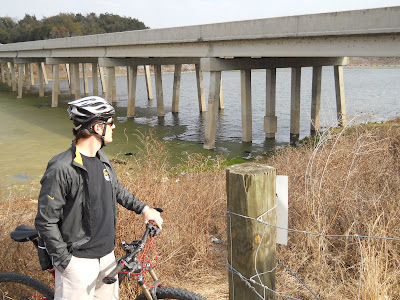 At some sections there are lots of space along the canal. 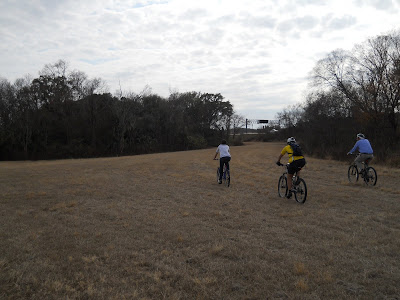