Best Way To Understand Our Nation: Take A Bike Ride Around It

Ol' Rev. Hans here is roaming the Florida countryside on his bicycle after leaving Columbus, Georgia back on Sept. 16. 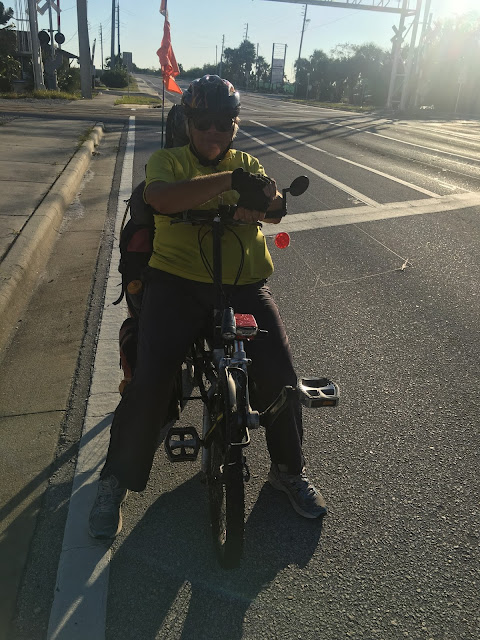 I met him Friday morning in Fort Pierce as he came off the North Hutchinson Island bridge back on the Fort Pierce mainland side. 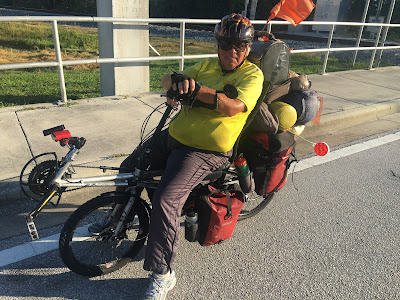 Much has been written about our leaders not understanding the common man in our country and I would suggest a bicycle trip around the country to get to know our fellow Americans. 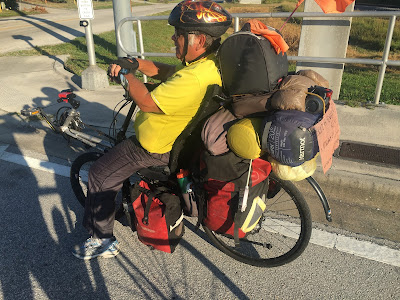 I suggested to my newspaper owner/publisher/editor that I bike around the Midwest at the time of the two political conventions to get a handle on what is on people's minds.

Based on the fact that most TV and newspapers missed the ball on this year's election, it would have been a revealing assignment producing relevant stories.

The good reverend fits the textbook definition of "loaded for bear!"

Yes, a slow-paced cross country trip is the best way to get the feel for the pulse of a nation. It seems the pollsters and pundits and advisors spent a little too much time in the urban areas and not enough in the rurals. A trip through small-town Iowa in October gave a foreshadowing of last week's outcome...