They're a proud combo.

New Belgium beer out of Fort Collins uses the bicycle (Fat Tire) as a marketing tool and Sierra Nevada is a big bicycle advocacy player.

Which is why it's great to see the bicycle have a great presence at the local microbrewery in Vero Beach at Walking Tree Brewery.

Owner Alan Dritenbas is a bicyclist who gave up his fixie after becoming a dad for a second time ("It doesn't have brakes.") But the bike hangs proudly inside the cavernous former Navy storage building. 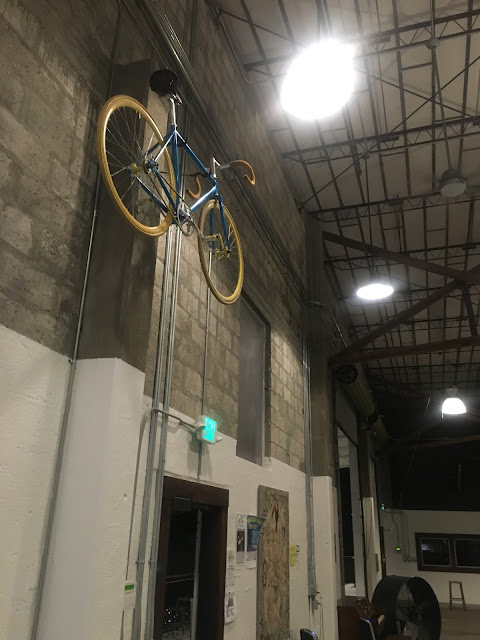 I stopped off to say hi to Alan Thursday later afternoon and saw the many different in-house wheeled vehicles  To show us, Alan hopped on a skateboard to get around the massive building. And he showed us this simply beauty. 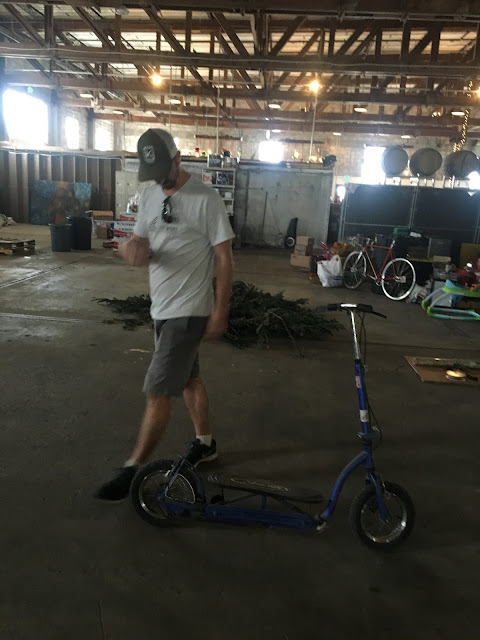 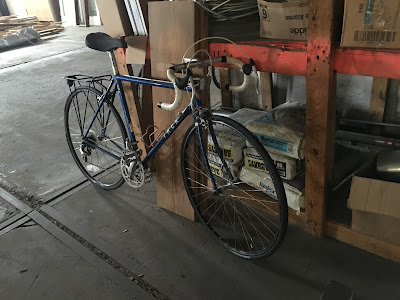 Alan might not be pedaling a fixie, but a worker at Walking Tree does. He rides this one. 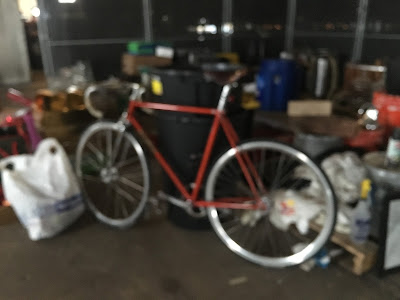 And Alan also keeps his mountain bike around. 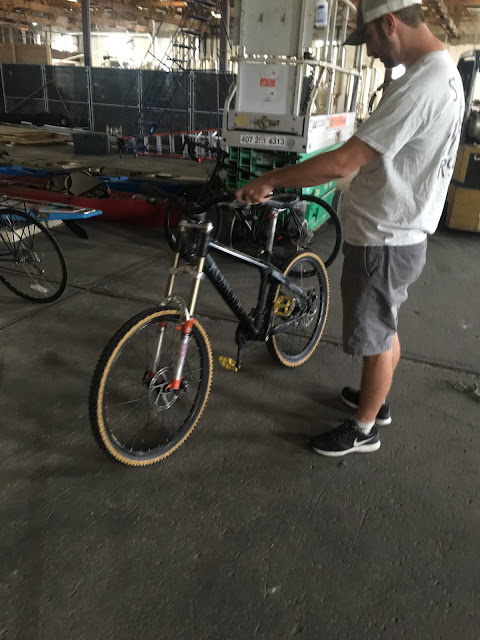 I'm honored to be working for Escape Adventures to launch new bike tours in Florida with rides all around the state.  And if the Vero Beach clients like delicious craft beer, I'll be happy to lead them to Walking Tree Brewery.