Just like old times -- posting photos showing the bicycle love from the Tampa Bay Bicycle Bash at Cotanchobee Park. Great to see that Tampa Mayor Bob Buckhorn made a cameo at the bike bash. Fun to see old pals like bike shop owners Adam Beland and Randy Mhyre, bike advocate Uncle Chip Haynes and the rest of the bike crew. 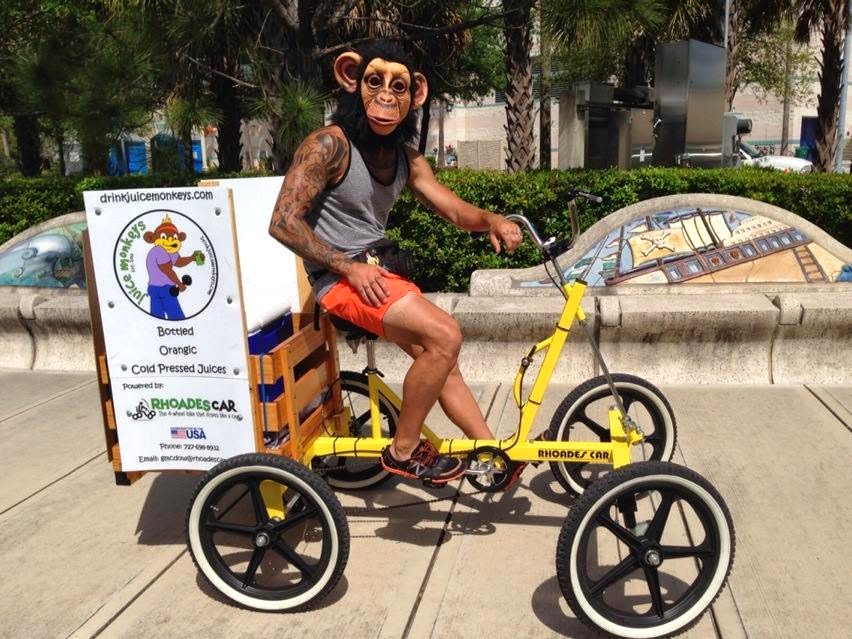 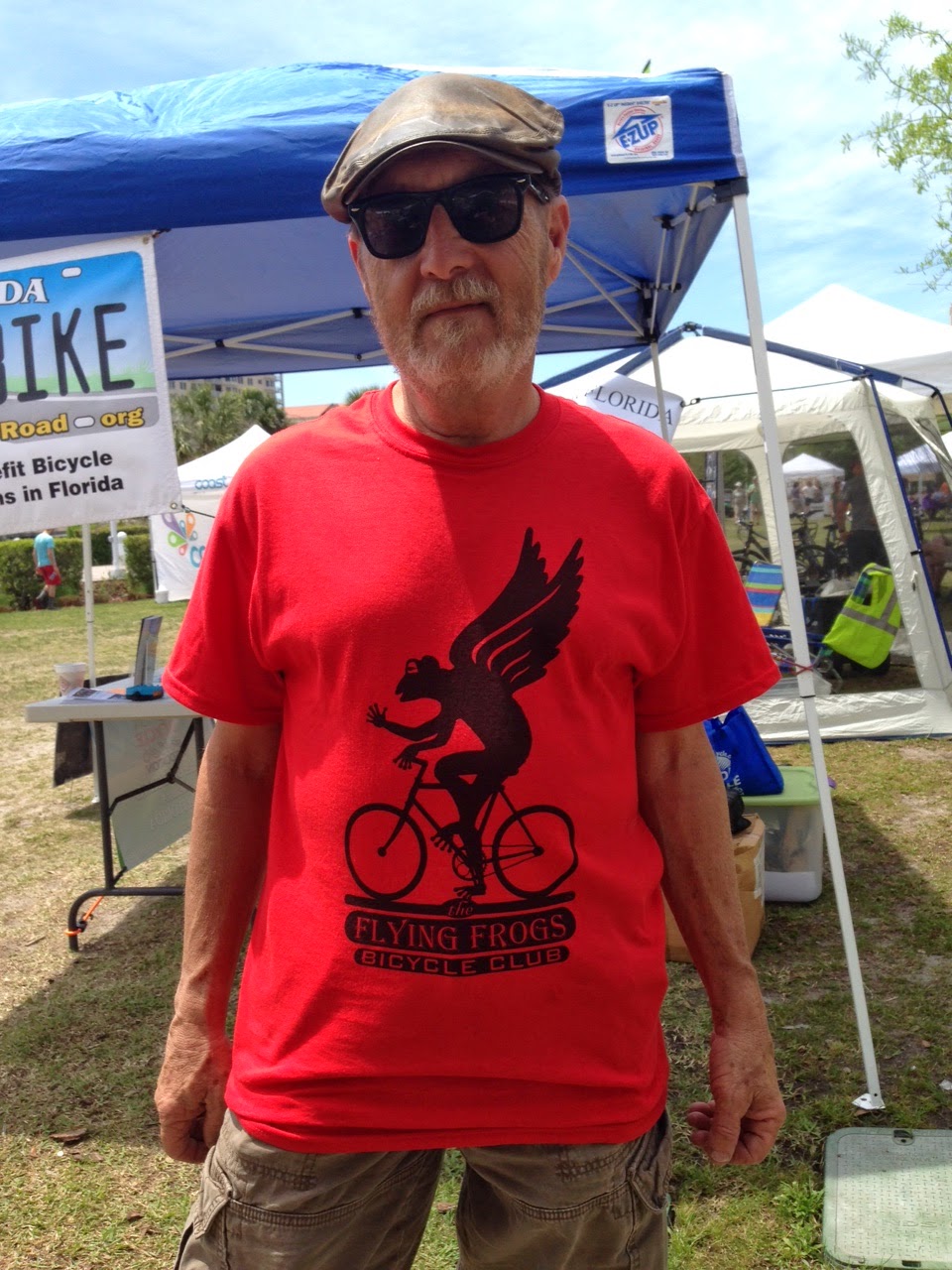 That's Chip Haynes of Clearwater who has written books on bicycling and did the first Bicycle Bash posters. Nice to see Street Fit 360 in the house! 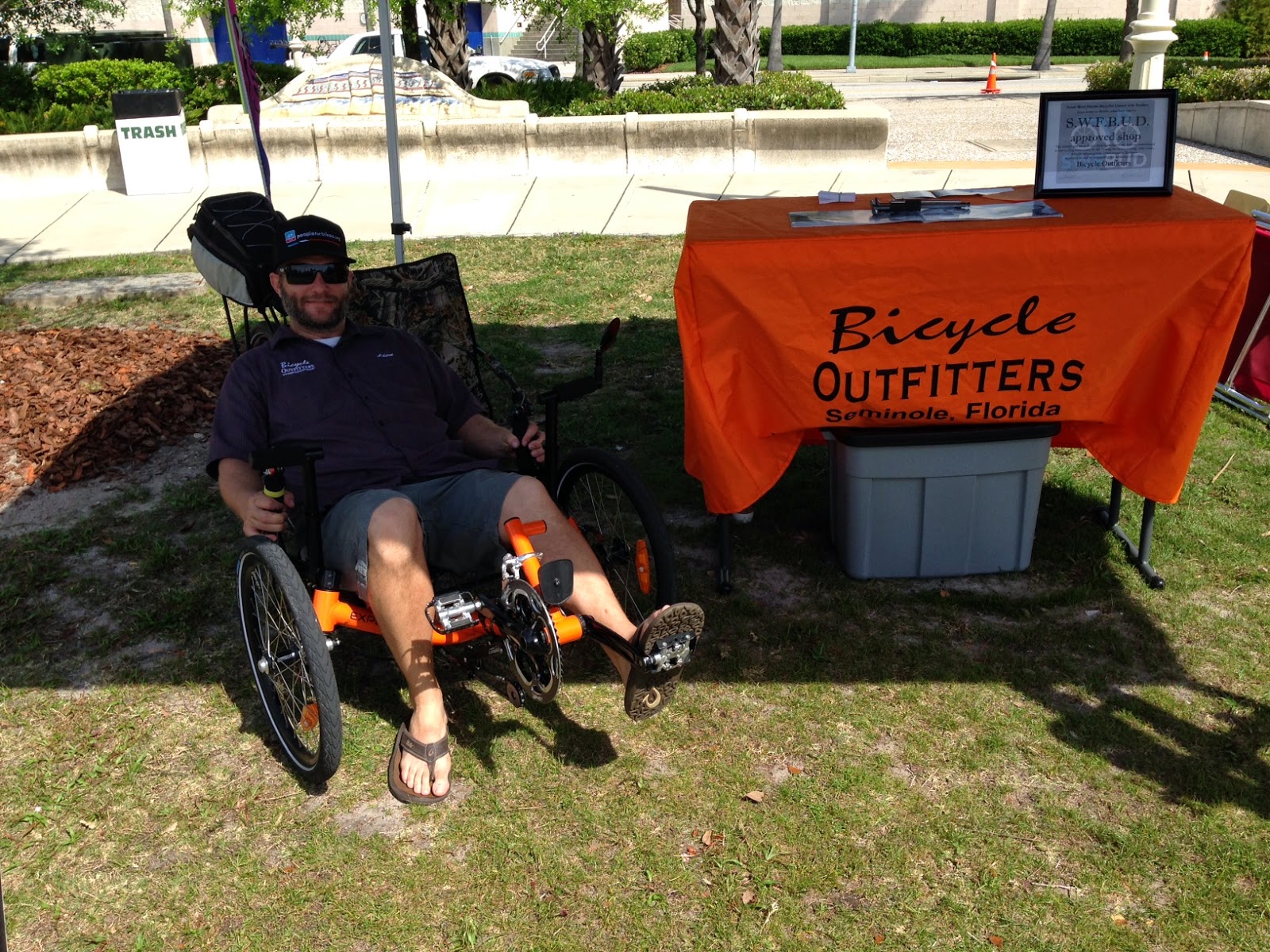 There's none other than Adam Beland of Bicycle Outfitters. 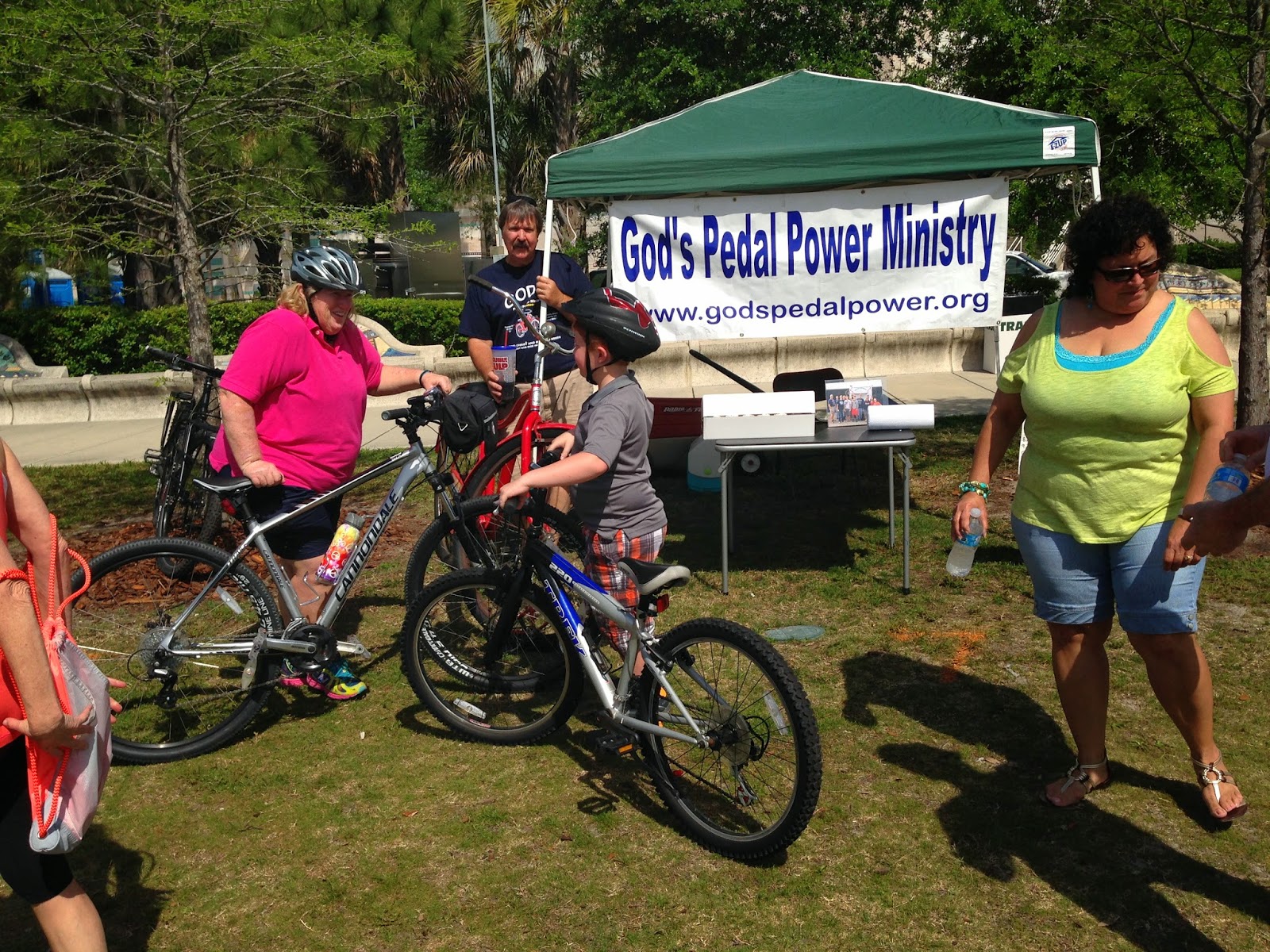 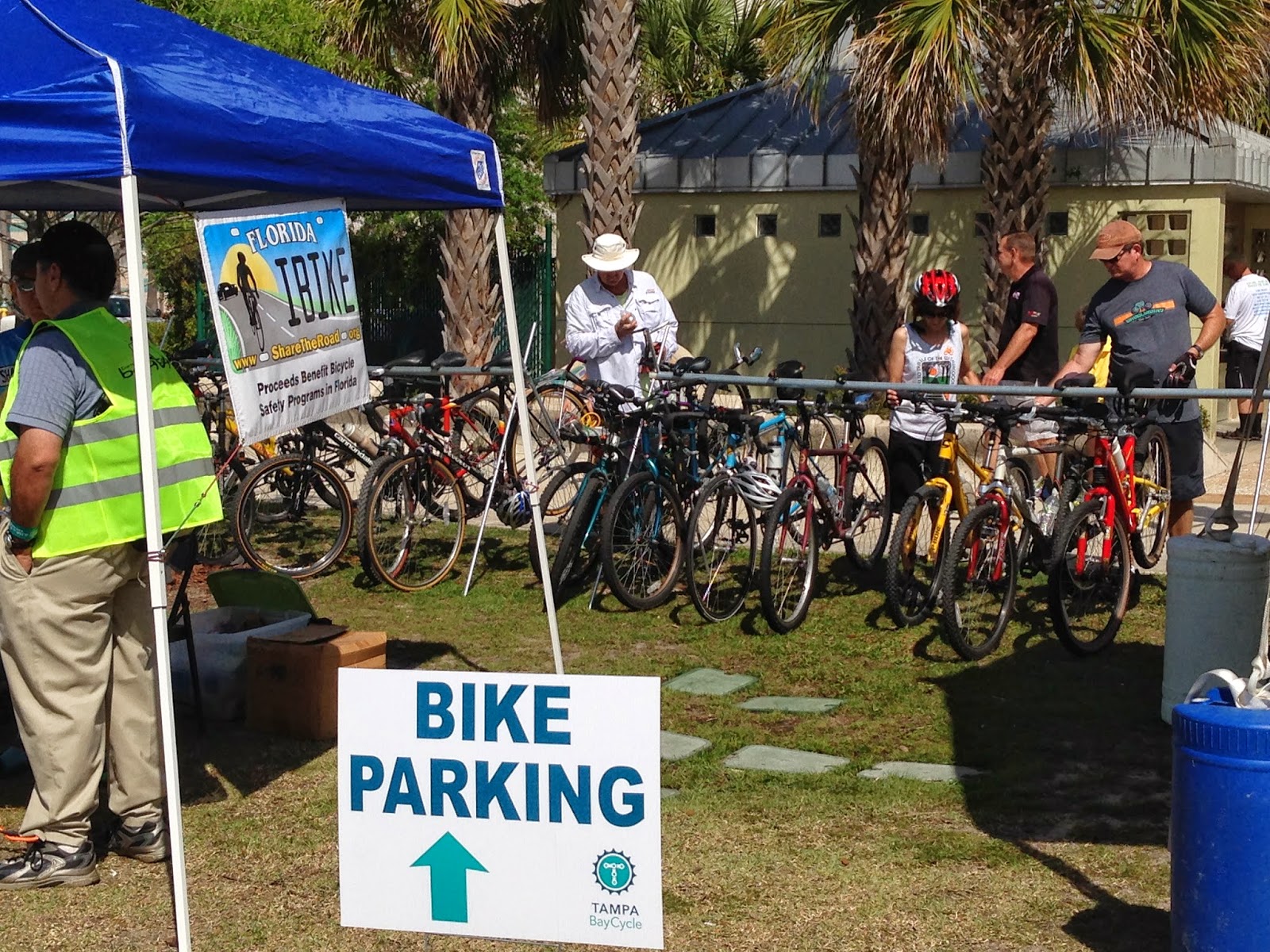 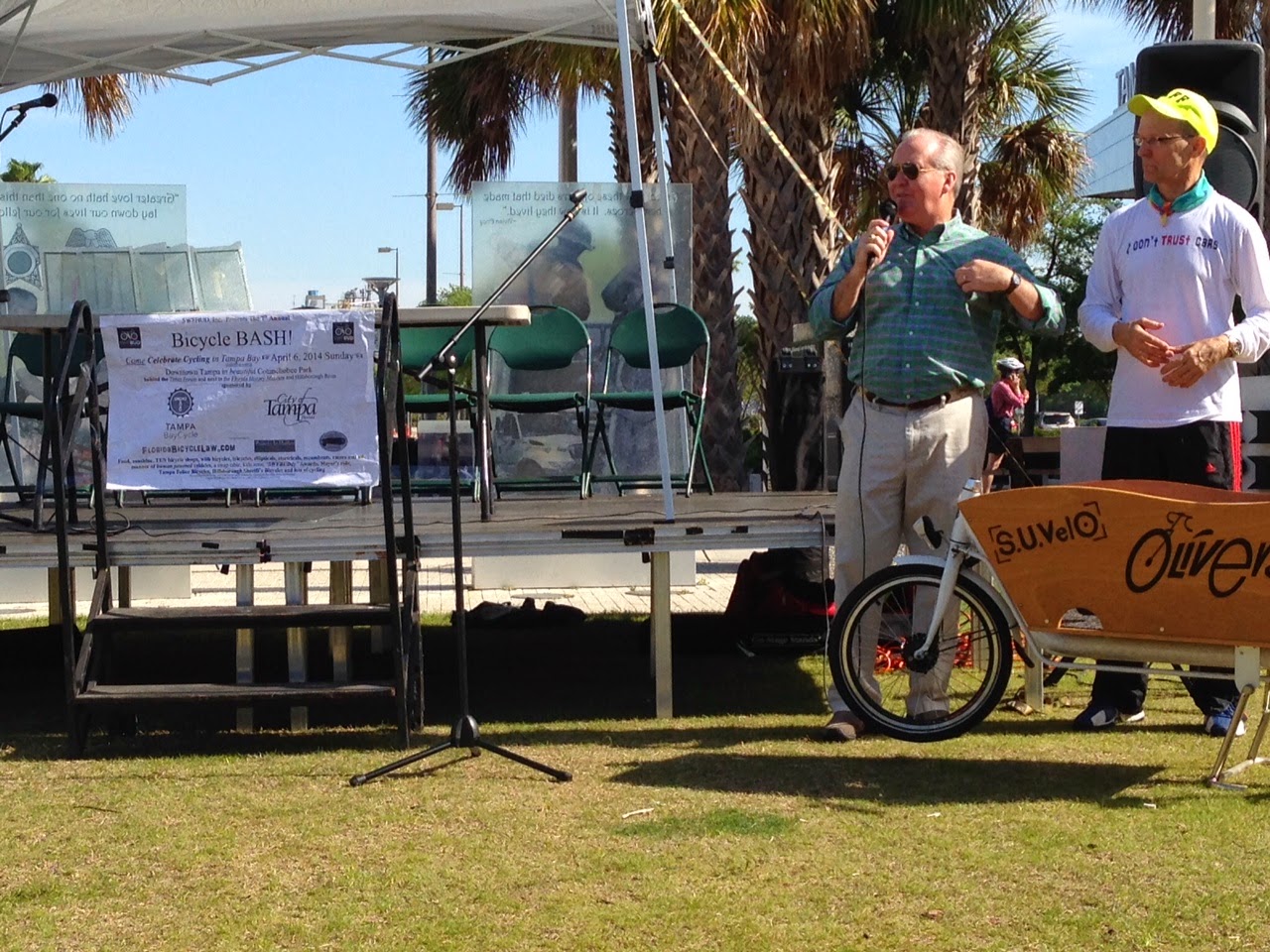 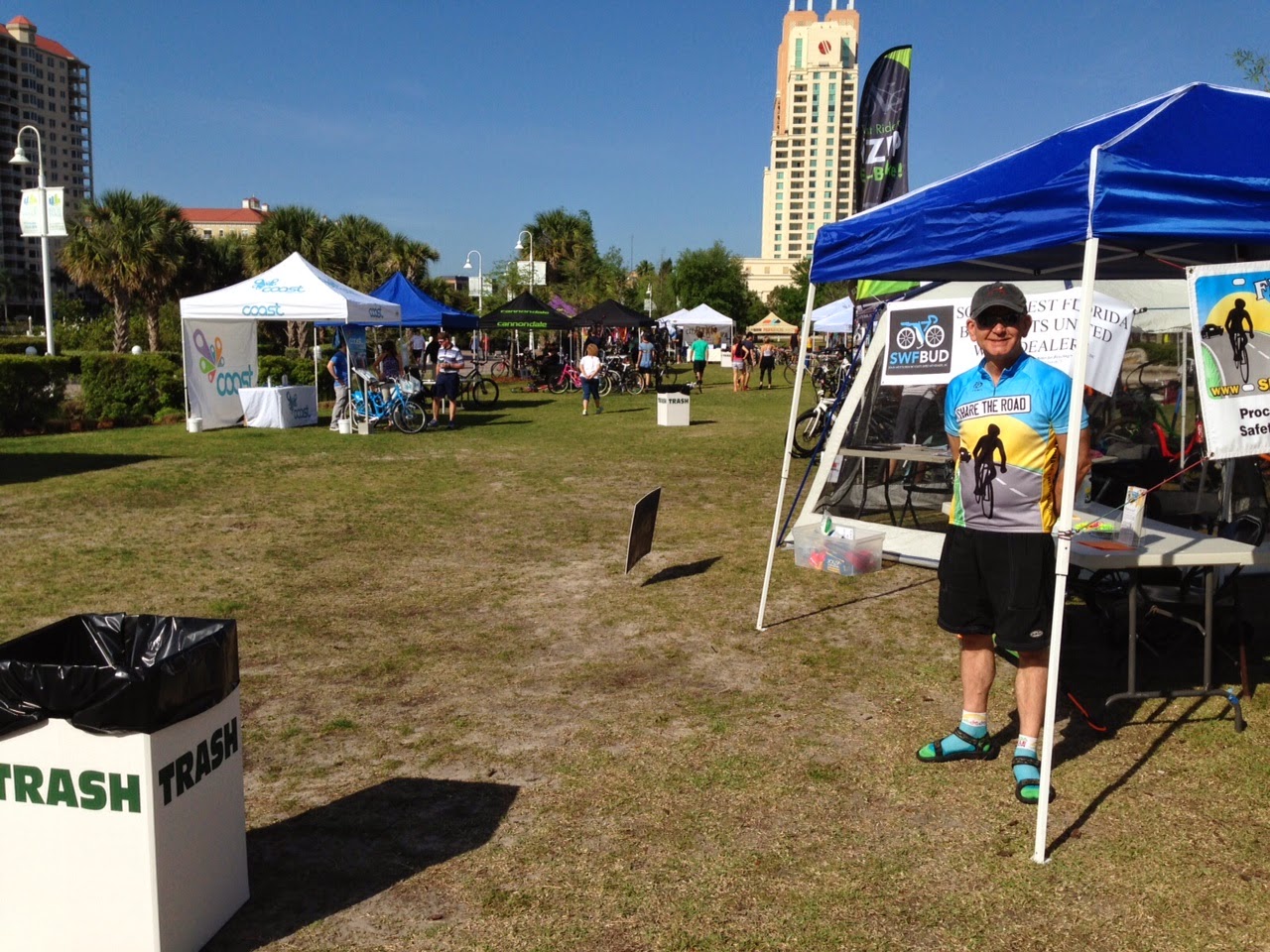 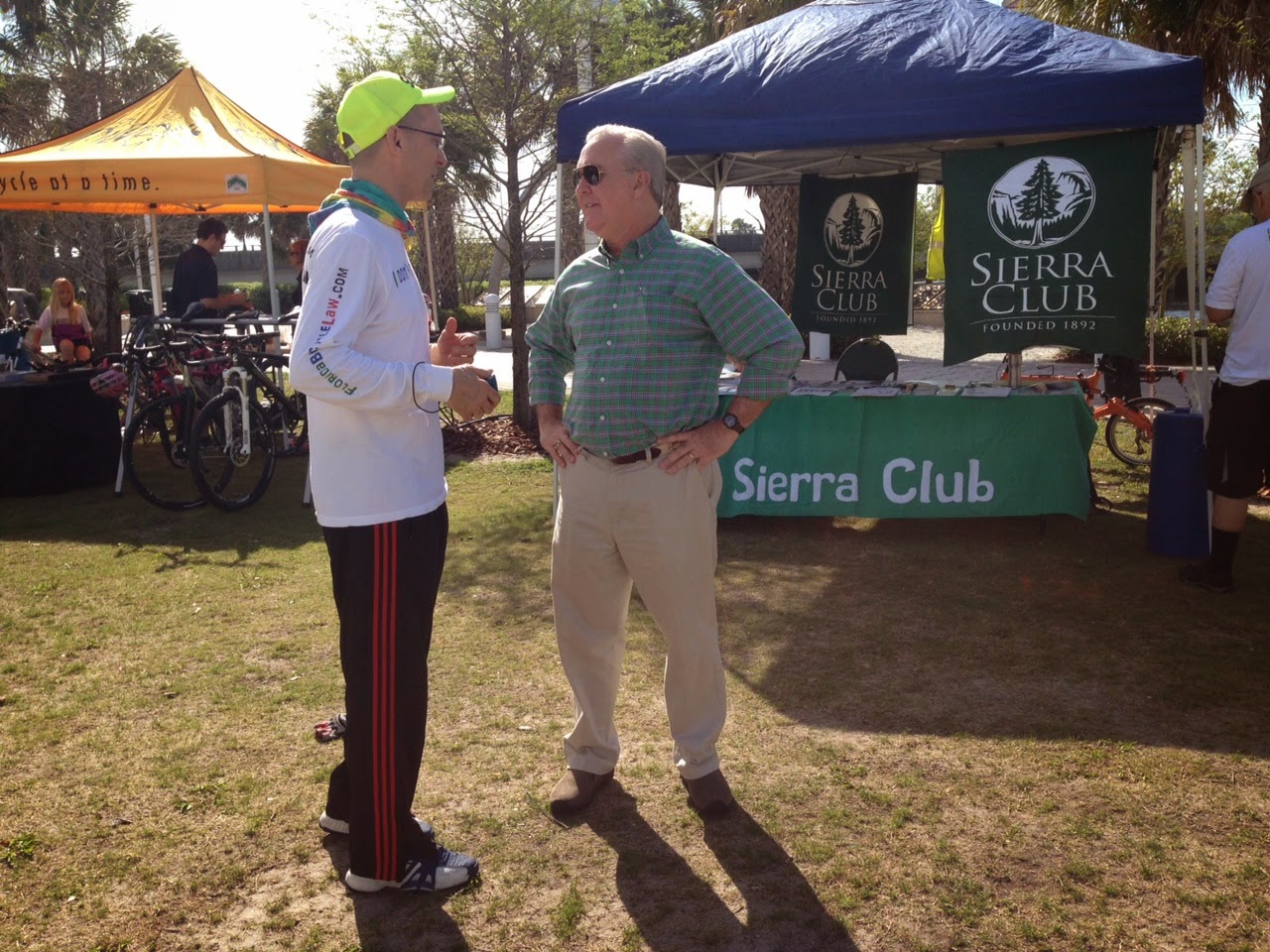 Mayor Bob is chatting with J. Steele Olmstead, who worked his ass off to put on the Bash. 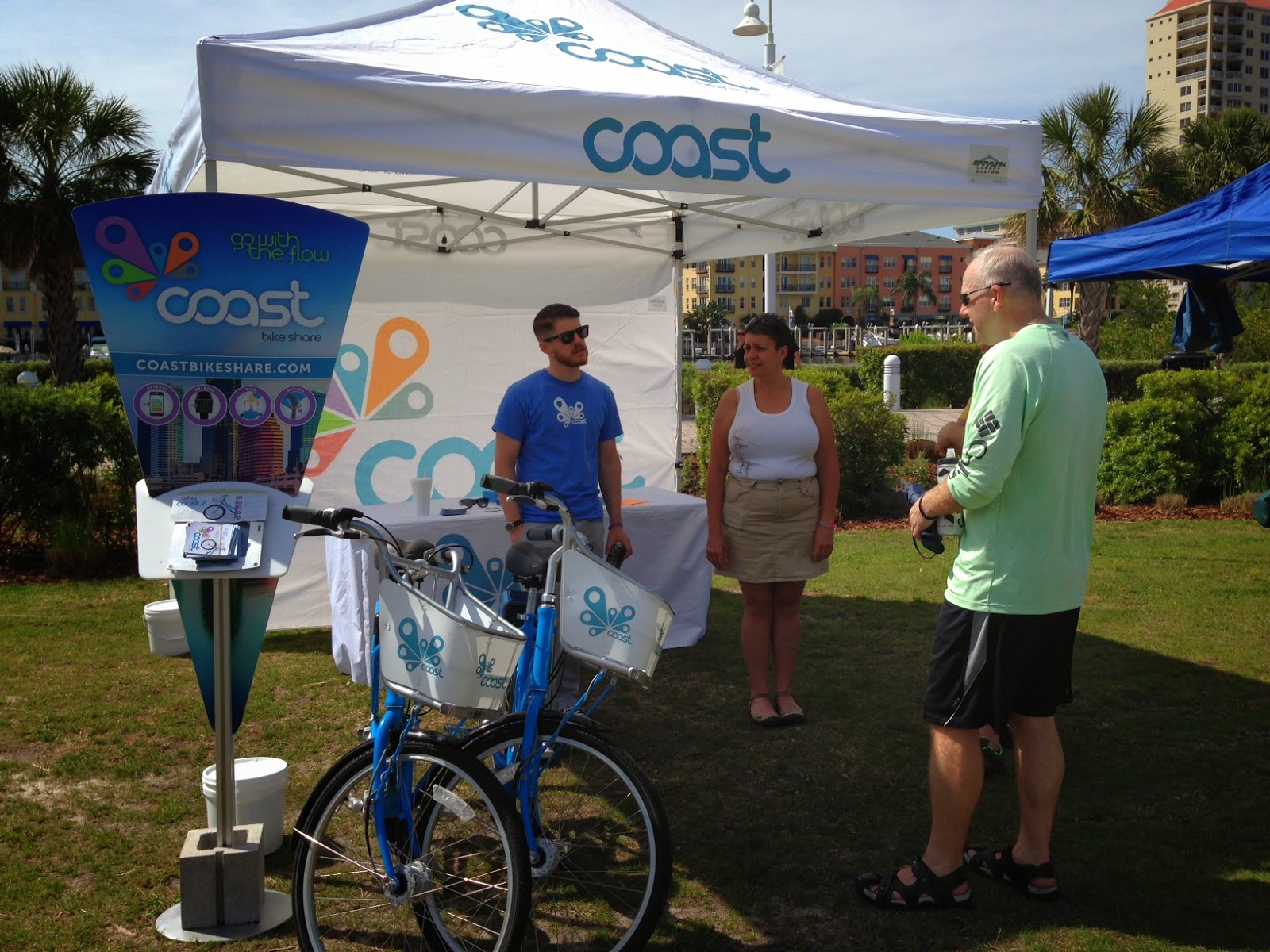 Michael Edgerley is here, checking out the Bike Share people.
Posted by Alan at 11:00 AM