Biking To The Motley Brews Beer Tasting At Container Park 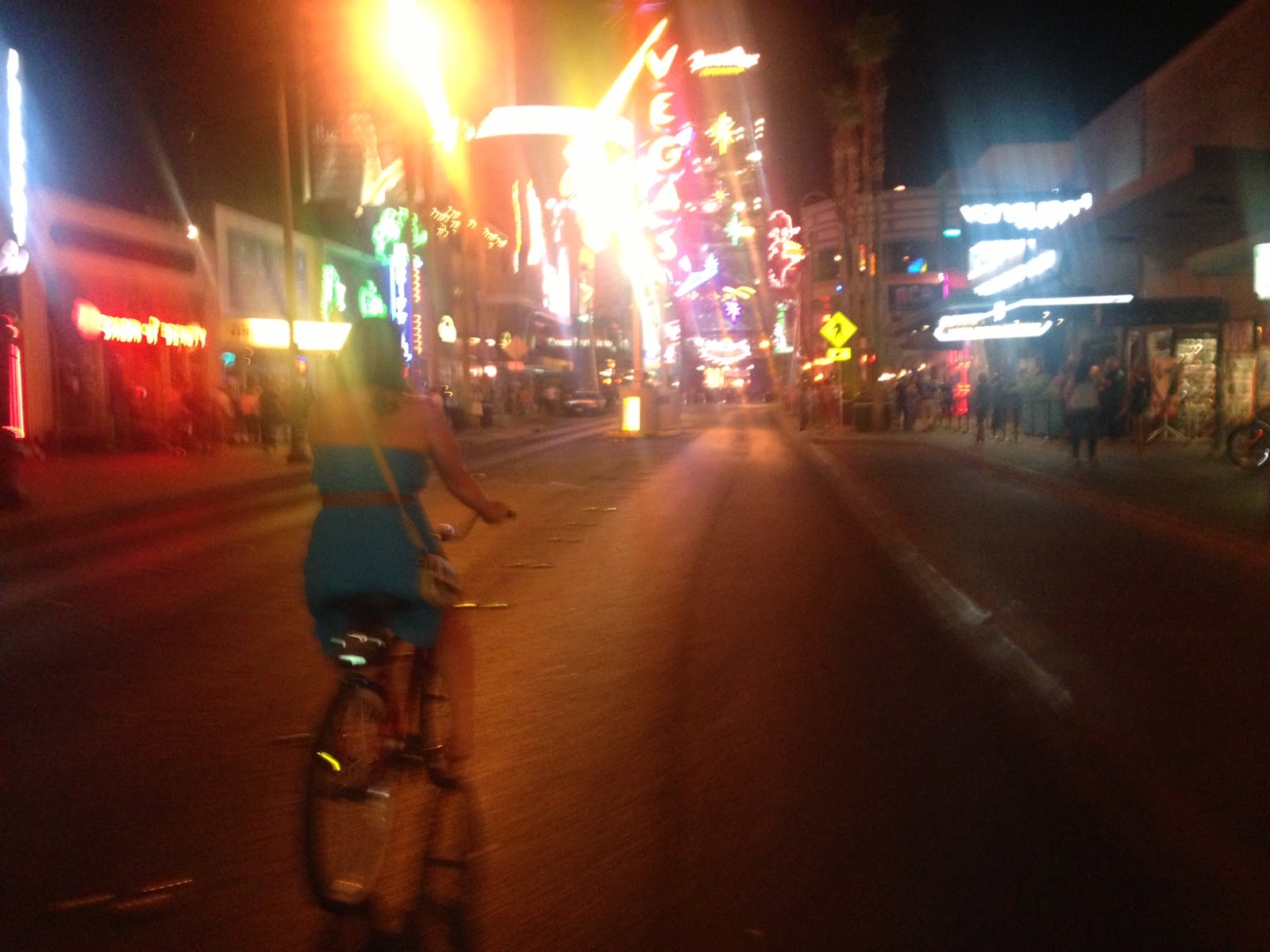 There's only one way to get to a beer tasting.

And it's by bicycle.

The beautiful Beth, my bicycle-loving cohort, and I pedaled from Symphony Park on the edge of downtown Las Vegas to Container Park on East Fremont Street for the inaugural last-Friday-night of-the-month beer-tasting event at Container Park staged by Motley Brews.

Motley Brews are the same folks who put on the spectacular downtown craft beer festival a mere two months ago, drawing thousands of beer lovers to the 80 some beer tents along East Fremont and Sixth Streets. They are the go-to craft beer event organizers in this town.

Brian Chapin, who I profiled for a story in March, is the head brew man at Motley Brews and he killed it again with the boutique-style beer tasting event at Container Park last night. There were only 20 beers being sampled, about a half-dozen beer tents, and several hundred people tasting the suds in the closed-off area of Container Park near the stage. 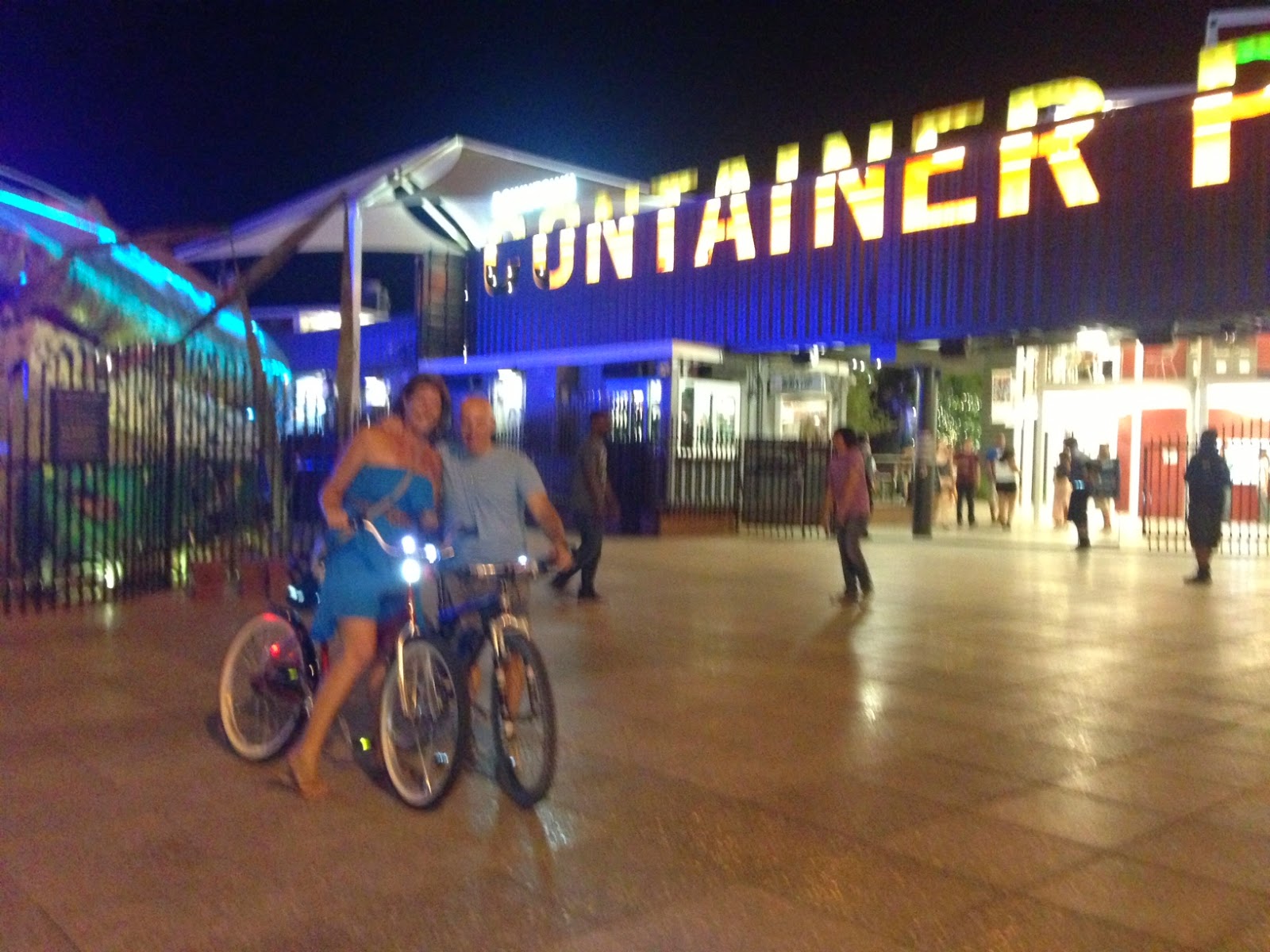 One of the craft beer companies was Las Vegas' own Banger Brewing, located just a few blocks away in the Fremont Street Experience. Banger Brewing has a ton of fans, including Gov. Sandoval who slipped into the brewery early one morning to chat with the five guys who own Banger.

Nick and Banger from Banger Brewing were in fine form at the beer tasting, killing it in a cool second-level space overlooking the stage with a trio of great offerings, including its signature and award-winning El Hefe, a jalepeno hefeweizen.

Here, Beth checked some of the Banger Brewing head gear on display. 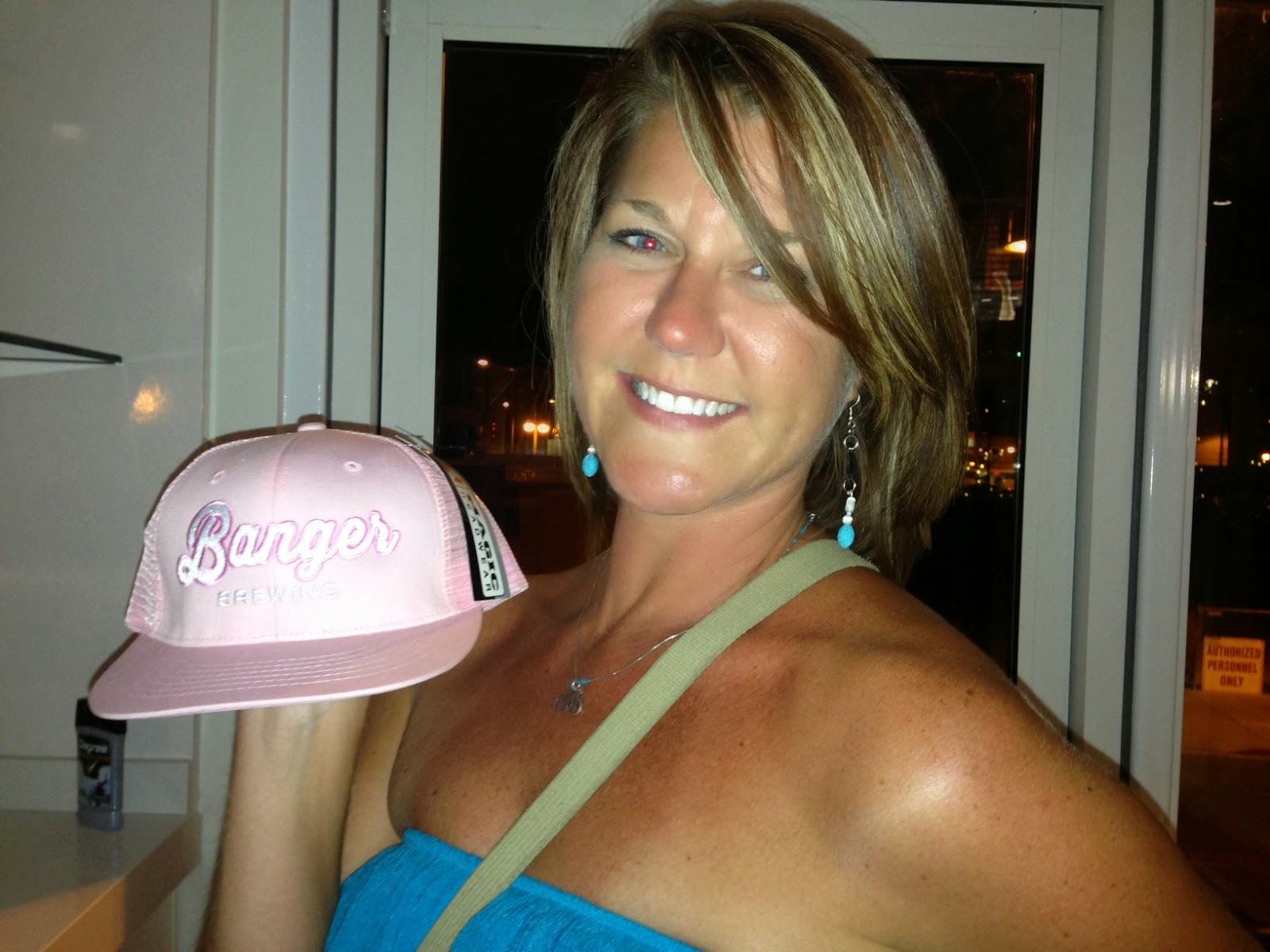 Score a huge win for Chapin and Motley Brews by partnering with Container Park, developed by Zappos CEO Tony Hsieh and his East Fremont gang.

It was impressive to see the Las Vegas-based critical mass of Hsieh's Downtown Project, which built Container Park, Chapin's Motley Brews and the boys at Banger Brewing pulling together in one direction at the first last-Friday beer tasting event that will run through the summer for July and August.