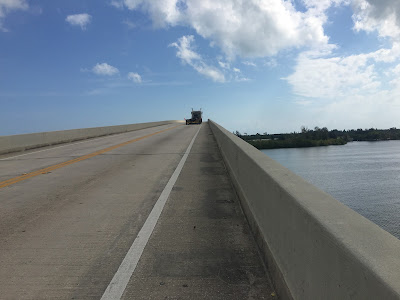 Whenever I biked across the lagoon-spanning Wabasso Bridge north of Vero Beach, I always was amazed at two things -- how beautiful the Indian River looked below and how low the bridge’s concrete barrier stood.

I thought that if a motorist hit a bicyclist crossing the bridge, the cyclist would be pitched into the Intracoastal lagoon below and likely drown. 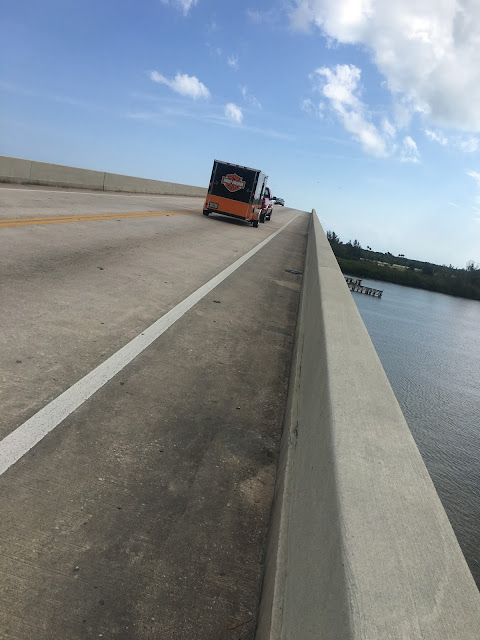 And I asked myself, how did the Florida Department of Transportation get away with building that bridge with such a low barrier?

Well, I was not the only one who feared that the bridge’s low barrier and lack of span space imperiled the safety of bicyclists.

Hugh Aaron, founder and executive director of the non-profit Bike Walk Indian River County group (Disclosure: I am a member of the group’s board), also saw the dangers on that bridge several years ago and his group prompted the Florida DOT to conduct a safety audit of the Wabasso Bridge.

And here’s where things go sideways.

The report, which included a variety of recommendations to deal with the safety concerns, has a January 2016 date on it.

So, state transportation officials withheld the safety audit report on the Wabasso Bridge for 13 months from the public.

After making several inquiries last year about whether the safety study was ready, Bike Walk Indian River County and Vero Cycling (the local bike club) received a copy of it only two months ago.

Aaron did not mince words. He told Bicycle Stories, “They have done absolutely nothing to make the bridge safer.  Now they are saying they have to evaluate any safety improvements in the context of a district for wide study of every bridge in the district.  There are something like 80 bridges in district 4.

“It seems to me that they were just looking for a way to shelve this report and that's what they came up with. For whatever reason, it seems like they do not want to make that bridge safer.” 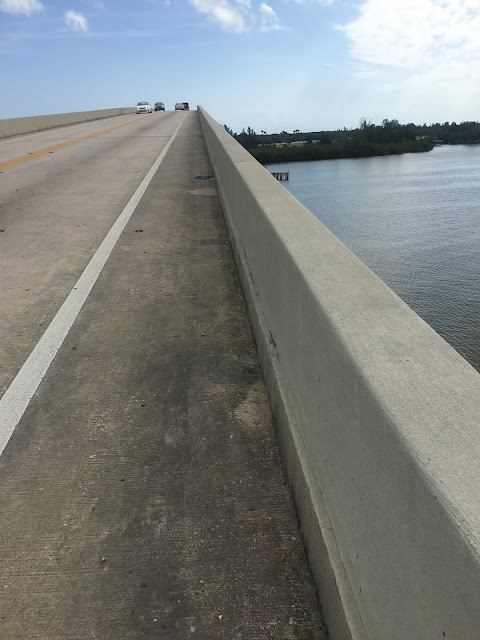 In a November 2016 email to Aaron and two Indian River County planning officials, Carmen  B. Pullins, community traffic safety program manager for FDOT District 4, said the report was not ready.

In August 2015, Aaron had prepared a paper for Vero Cycling that outlined its bridge safety concerns.

It raised concerns about the low barrier wall on the bridge and the State Road 510’s shoulders, which are so narrow that they do not meet the Florida DOT standards for the width of a bike lane. State Road 510, or Wabasso Beach Road, uses the Wabasso Bridge to connect the mainland with the barrier island and is a popular road for bicyclists.

The bridge wall is only three feet high. It led Aaron to write, “The average bicycle seat is between 2.5 to 3 feet high. Accordingly, if someone riding a bicycle right next to the concrete wall falls (or is knocked off) his or her bicycle in the direction of the concrete wall, he or she could easily go over the side of Bridge. Given the height of the Bridge, going over the side would most likely result in death or critical injuries.”

Interestingly enough, the DOT audit suggested the agency install a fence outside of the current three-foot barrier wall to address the barrier’s low height.

Unfortunately, that recommendation was in a consultant report provided to the public on Feb. 16 -- more than a year after the January 2016 date listed on the report itself.

And the fence has never been installed.

I reached out to FDOT District 4 officials for comments, but they have not responded.

Maybe you will do better -- here are the emails of the people to contact at the FDOT: