I moved from a city where local government has a lot of meetings and powerpoint presentations about bicycling.

But the city of Henderson outside Las Vegas held its own bicycle festival today in addition to building paved trails and dirt trails to go along with its miles and miles of bike lanes as part of its goal of being recognized by the League of American Bicyclists as a bicycle-friendly community.

Henderson's bicycle swap meet and bike safety festival was very impressive. As someone who knows about putting on a community bicycle festival, I know the hard work and time it takes to pull one together, so a tip of the bicycle helmet to the city of Henderson in playing an activist and pro-active role to grow bicycling in its city. 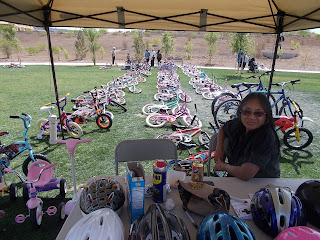 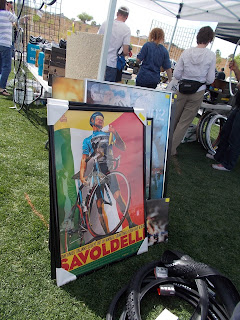 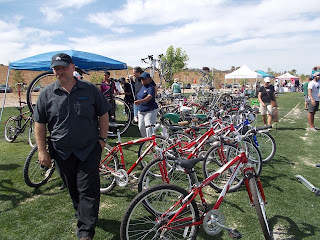 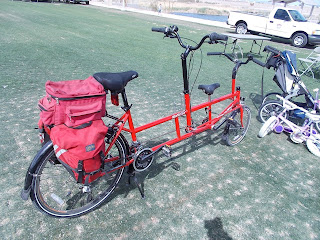 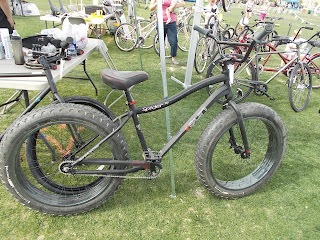 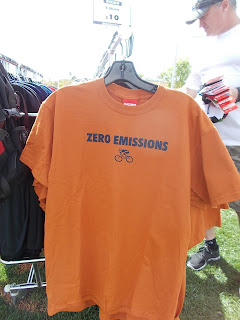 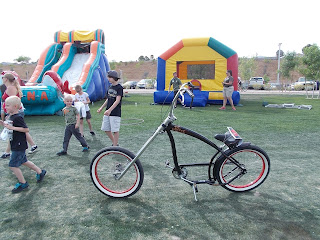 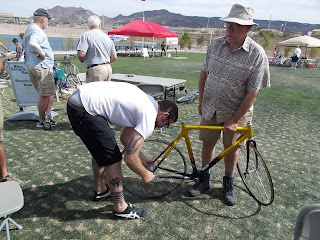 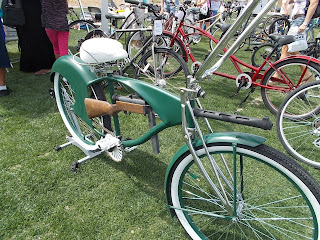 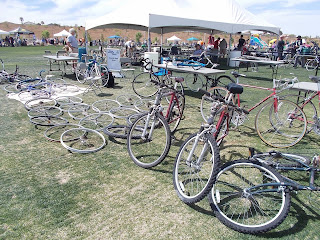 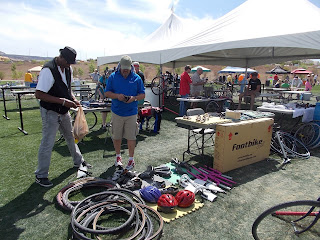 Henderson, NV is definitely a bike-friendly place. Even the courts are nicer. Even the jail is nicer than in Las Vegas. The few police officers I know are good guys too. Maybe it's time for a move?