Yesterday, I suggested that bicyclists thank courteous motorists for great passes and their patience.

But when a selfish moron pulls a bullshit move like this, you have to call him out..

NFL writer Peter King posted this photo on Twitter, bragging that he was able to get his driver to drive in the bike lane to get to the San Diego Chargers' football stadium. 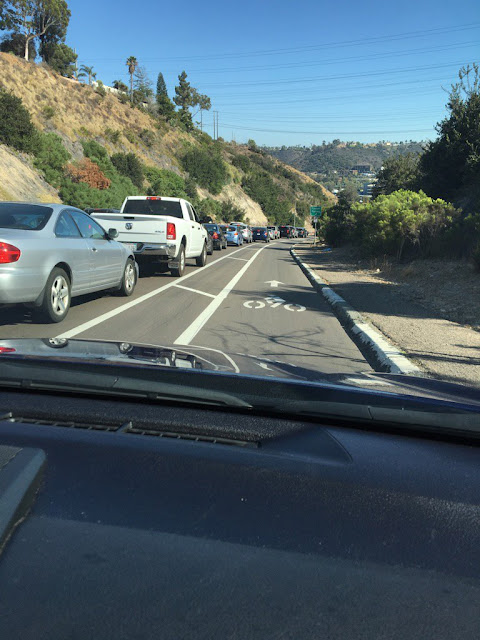 Well, Deadspin wrote all about the fallout here -- and the Twitter responses were not pretty.

Just so you understand -- never drive a motorized vehicle in a bike lane.

Even the San Diego Police weighed in with a Twitter post to advise King that it's not a good idea.
Posted by Alan at 8:13 AM

Funny, I often feel the need to expectorate when I come upon a car parked in a bike lane.

Ugh, there's no excuse. People rarely think of the consequences of their actions...that they could kill a mother and her child, a father, a brother or sister, someone's husband or wife, neice or nephew, granddaughter or grandson using a lane not intended for motorized vehicles to walk, run, or ride a bike.