Ed Collins Talks With Bay News 9 About His Dad's Death 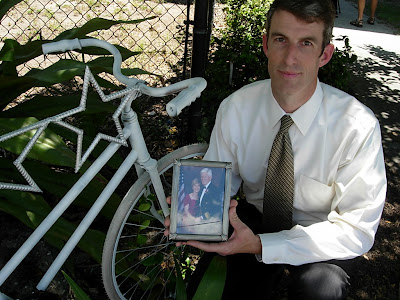 At 1 pm today, Ed Collins met a Bay News 9 TV reporter at the site of where his dad, LeRoy, was killed while riding his bicycle on July 29. There is a ghost bike at the corner of Brorein Street and Hyde Park Avenue, memorializing the loss of a bicyclist's life. Mr. Collins will always be remembered.

I am so proud to be a friend of Ed, who in the aftermath of his dad's death has spoken out for bicyclist safety and for the city of Tampa to start taking real action by installing bike lanes, sharrows, bike signs and a public safety campaign to advise drivers to look out for cyclists.

More and more people are riding bicycles in the Tampa Bay area and the country's top transportation official declared that cities and counties must plan for bicyclists and pedestrians -- not only cars -- when it comes to designing and building roads.

For years, Tampa built roads without bicyclists and peds in mind. The jig is up. Mayor Iorio, start making Tampa safe for bicyclists. 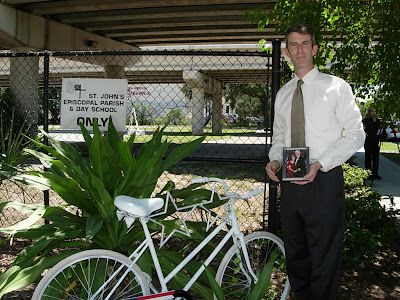 Ed was interviewed by Bay News 0 reporter Jody Lowery. Ed, an accomplished cyclist, still has not been able to hop on his bicycle after his dad was killed while riding a bike. 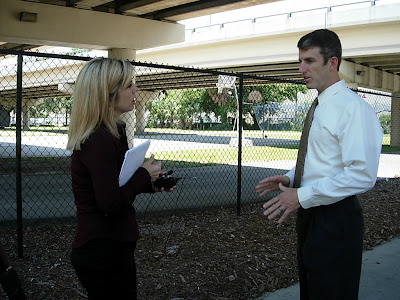 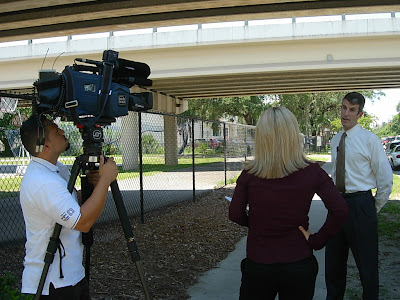 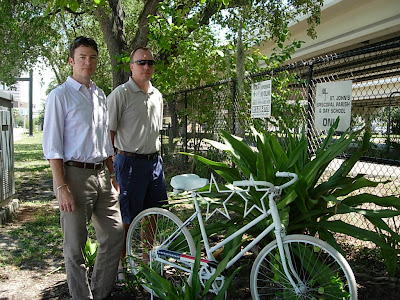 SWFBUD has called on the city of Tampa to launch a bicyclist safety campaign, complete with Mayor Iorio issuing pro-bicycle statements on PSAs, a billboard campaign and using all platforms to advise motorists to watch for bicyclists.
Posted by Alan at 1:00 PM

Everyone should visit the ghost bike left in honor of Adm Collins. Wonderful tricute to a wonderful American.

Appreciate your calling out the mayor, Alan. I was a supporter and believer in her for years, but she has fallen way short when it comes to bike safety and advocacy.