Fletcher Avenue Still Has Sand In The Bike Lane

Bicyclist Ed Hillssman at the Center for Urban Transportation Research at USF called the Hillsborough County Public Works to clear the sand and the debris in the bike lane on Fletcher Avenue.

And Gary Tait, a pro-bicycle guy in public works, even brought it to the attention of his own department.

A guy named Jim from Hillsborough County public works called me to say that the bike lane was cleaned.

But when I biked on Sunday, the sand was still in the bike lane. 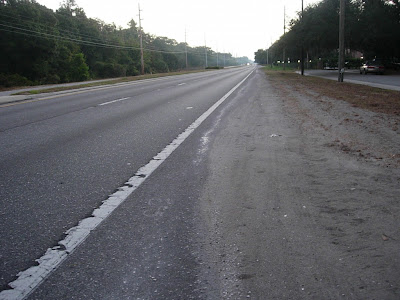 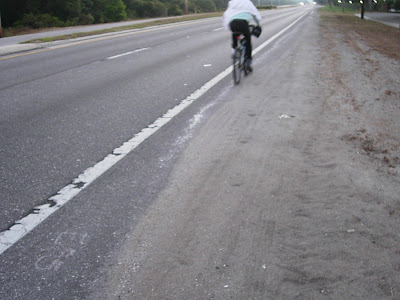 Hopefully they can actually get that taken care of before the weekend event.

Would be nice if they could drive one of those sweeper trucks around the corner by the bike co op. The sand is getting pretty deep. You have to swing wide into the oncoming lane if you want to avoid it now.