1. This is sad news for bicyclists. Former Congressman Jim Oberstar from Minnesota, who for more than two decades brought millions of dollars from Washington, DC to bike projects around the country, has died. He was 79 when he passed away from unknown causes in Maryland. One of my personal highlights was hanging with Congressman Oberstar during the National Bicycle Summit in DC a few years ago. 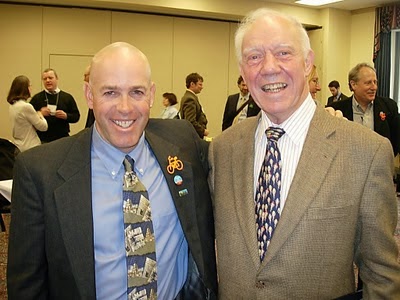 A Tea Party candidate defeated Jim in Nov. 2010, but I will never forget Jim stoking the political juices of bicyclists at previous bike summits. This is a major loss for the bicycle world.

2. Arnold Knightly, who covers the city of Henderson for the Review-Journal, did a story on Henderson bringing back its police bike unit.

3. Well, May is Bicycle Month and we will be seeing a month's worth of bicycle stories. I think bicycle awareness should be 12 months a year, but California Highway Patrol says use caution for bicyclists in the month of May. Shouldn't bicycle awareness be a 12-month, year-round effort?

4. People for Bikes is a wonderful national bicycle advocacy organization in Boulder run by Tim Blumenthal. Cities always complain there isn't money for bicycle projects, but Peopleforbikes.org offers a community grant program -- so check it out.

5. One of my favorite bicycle initiatives in Tampa Bay was launching a restaurant bicycle tour called the Hub Grub Ride in Tampa's Seminole Heights, which inspired several other restaurant tours including one put on by the Trek Store in St. Petersburg, which is owned by Rick and Anne Fidanzato. They are putting on the annual St Pete Bike n' Eat bike tour on Saturday. 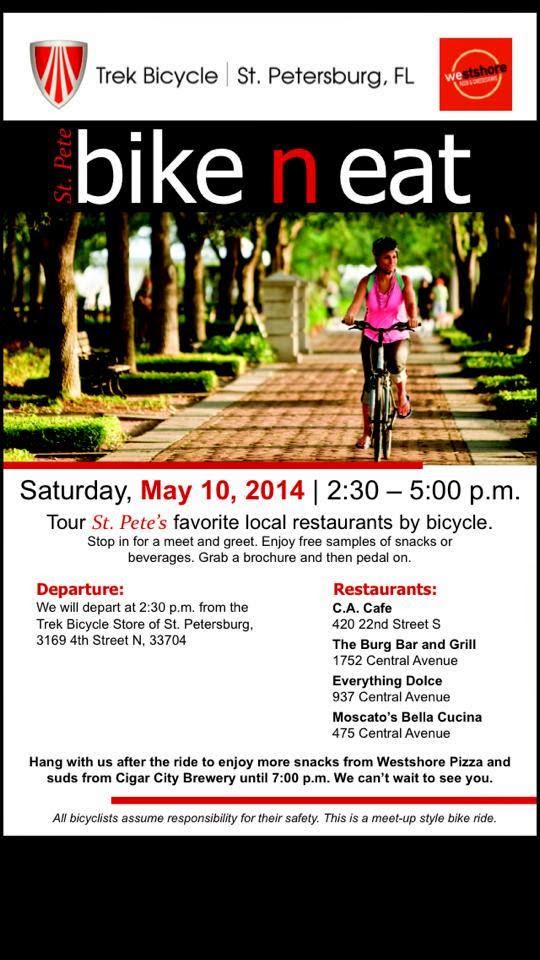