This afternoon I hooked up with bicycle pal Kevin Cannon for a short ride in the center of Las Vegas' western suburbs, where we patched together a mix-and-match route of roads with bike lanes and official trails such as the Bonanza Trail. 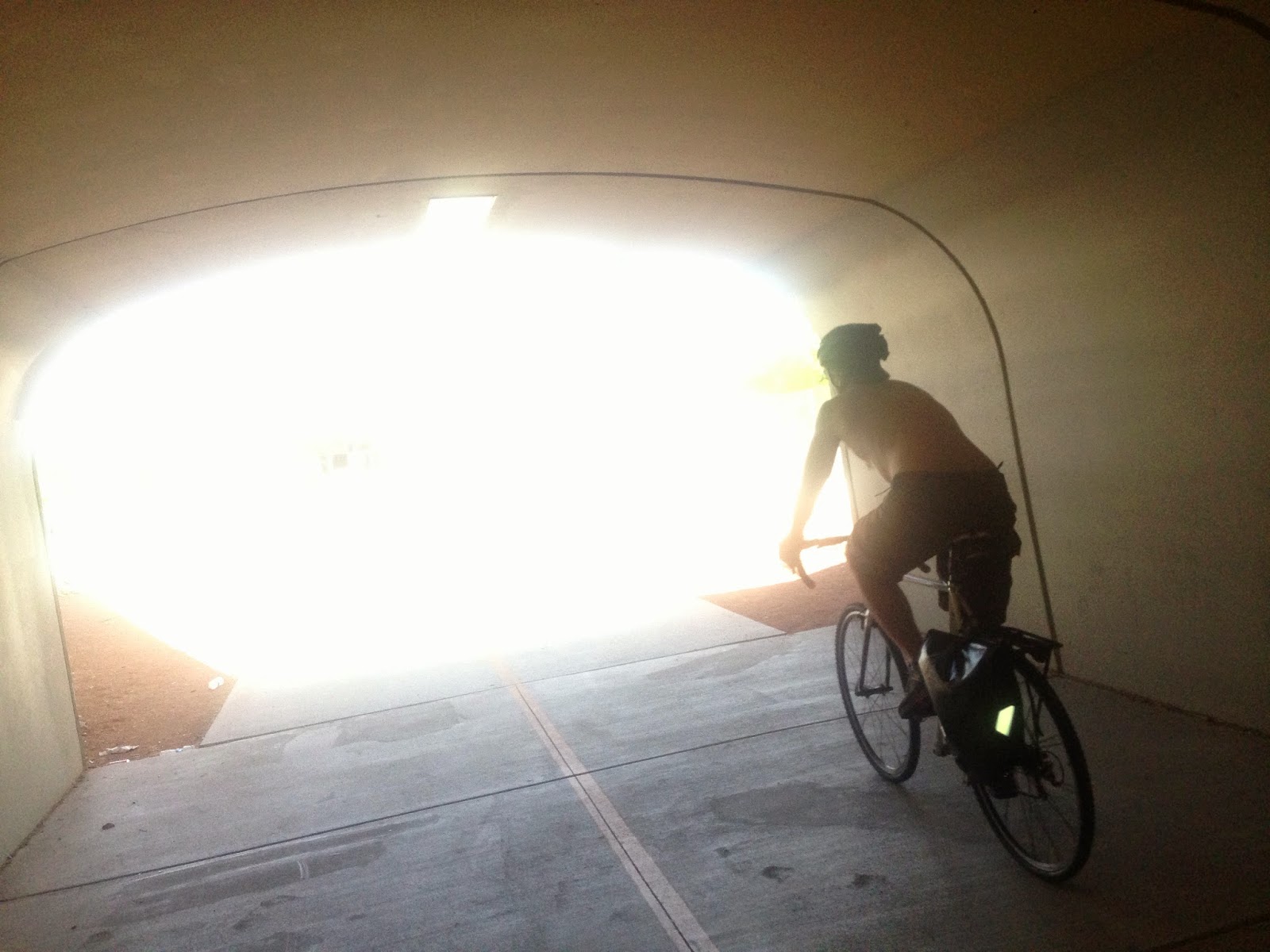 There's a huge emphasis in the bicycle world of training bicyclists to ride on roads and be safe with motorized vehicles -- and that's great.

But the fact is most families and inexperienced and new bicyclists will not want to venture onto a roadway, which is why cities and counties need to build networks of paved off-road trails so that little kids and their parents can bike and even encourage new bicyclists to learn some basic skills.

Above is Kevin heading to the hardware store to get some home supplies during this afternoon's bike ride.