Back On The Secret Trail 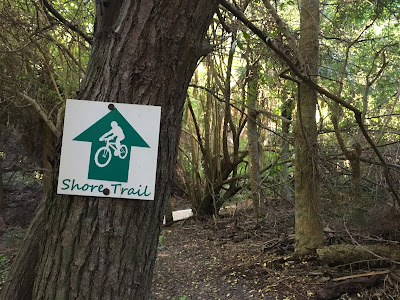 He didn't know about the secret Shore Trail and now he was following the single track trail that was meandering its way between pepper trees and around banked curves and over camel humps.

I led Tom, a bicycle maker from Boca Raton, and his friend Gillian from Fort Lauderdale on the Shore Trail, and then we stopped to check out the ocean. The amazing trail skirts the top of the beach for about 20 feet or so before ducking back into the woods. 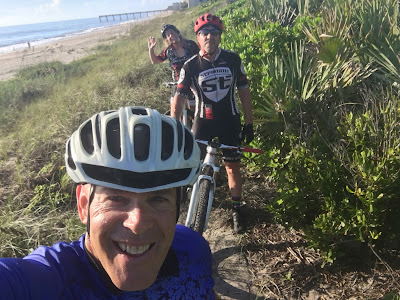 I was biking slowly with my Surly Pugsley, but Tom was ready to break loose. 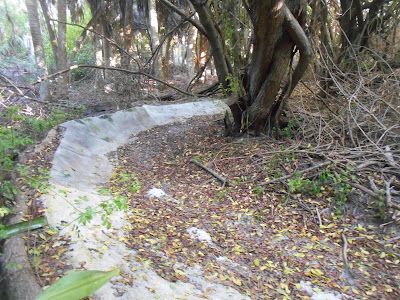 "I'll see you in 30 minutes," Tom told me and off he pedaled with Gillian to dig into the rest of the stealthy trail that's known only to locals. I am not revealing its location to protect its anonymity. 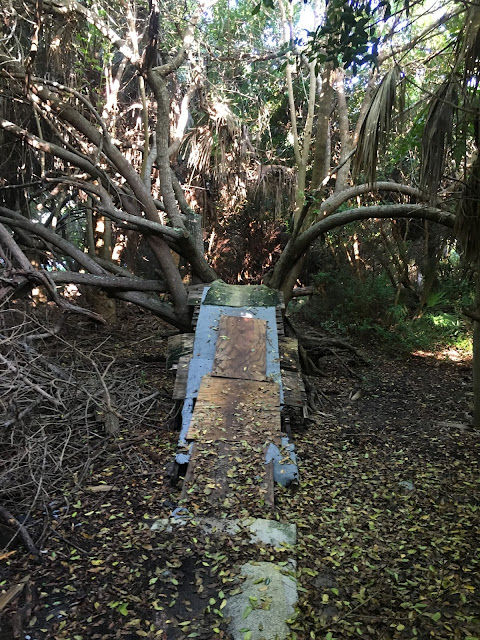 We all got a kick out of this beauty -- a ramp through a three. There was even a teeter-totter on the trail.

He bought a home near the Sebastian Inlet and I met Tom the day before in the Pelican Island National Wildlife Refuge where we chatted one some of the trails there.

Tom was kind enough to treat Gillian and I to breakfast at a Vero Beach city beach cafe, before we started to bike north on A1A toward Jungle Trail, a gorgeous dirt road that hugs the east barrier island side of the Indian River Lagoon.

I biked with Tom and Gillian to a historic dock and we all had a fun time taking pics and saying good-bye. 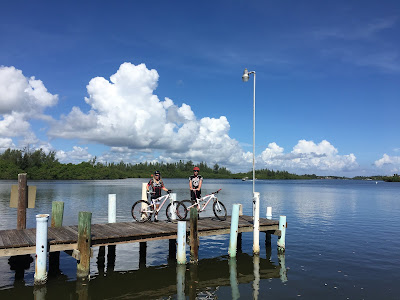 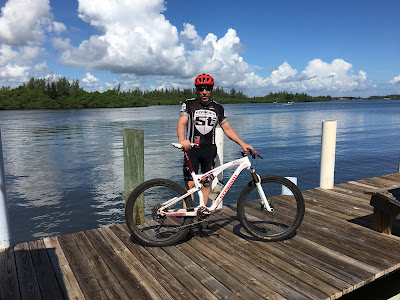 I'm sure I'll be seeing them again. 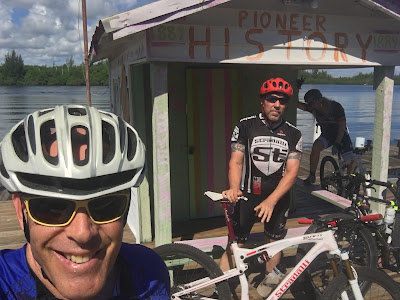