A Bike Ride Down Memory Lane With An American Flyers Reunion 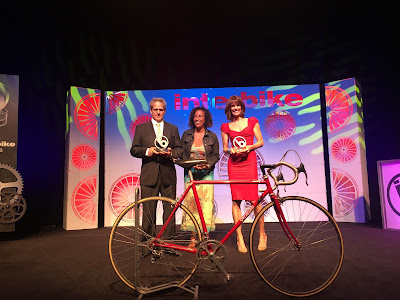 My worlds of bicycling and writing collide at Interbike. Last year was especially sweet when I wrote about the Breaking Away reunion of the Cutters at I-bike. And this year, these were the most joyful 840 words of writing when the Las Vegas Sun gave me the chance to write about the reunion of the American Flyers cast. 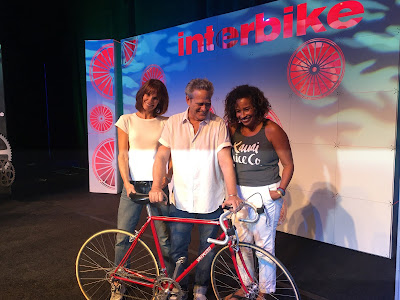 
The bicycling industry's crazy family is wrapping up its annual family reunion called Interbike in Vegas on Friday.

You have the crazy youngins pulling their stunts and tricks on BMX bikes. There's the Baby Boomers making the e-bikes sector a viable category. The rangy older guys with wispy goatees who manufacture and distribute the parts and bikes are out there too. Plus the lean young bucks riding beautifully-constructed road machines..

And one of the nights when they all come together is the Thursday night of Interbike week when there's the annual industry awards dinner.

The fun thing about the bicycle industry is that just about everyone is approachable and they'll give you an honest answer right back to your face. Compared to many industries that are filled with corporate stiffs and phonies, the bicycle world is mostly peppered with many unpretentious people who left that corporate world to work with bicycles. 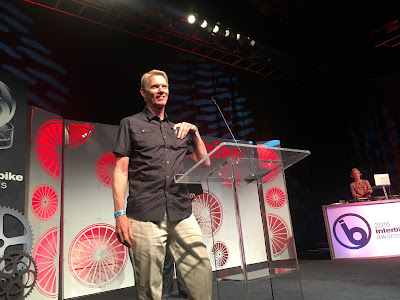 One of the truly super nice guys in the bicycle industry is Steve Flagg, who created a bike part distribution company called Quality Bicycle Products, or QBP, It distributes bike stuff to more than 5,000 bike shops and I recall that Quality sent boxes of free bike stuff like gloves, socks, T-shirts and caps to the SWFBUD bike shops that I organized for our annual bicycle bash festivals in the Tampa Bay area. We used to hand out all those bike goodies to the festival goers and Flagg's bike stuff probably still lives on in homes across the Tampa Bay area.

Interbike recognized Flaff with a lifetime achievement award and there's no better recipient.

She handed out the award to the best women's bike shop this year and Robin has emerged as one of the industry's bright stars. 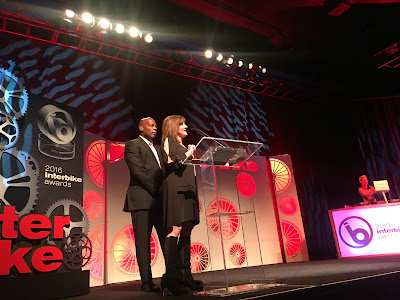 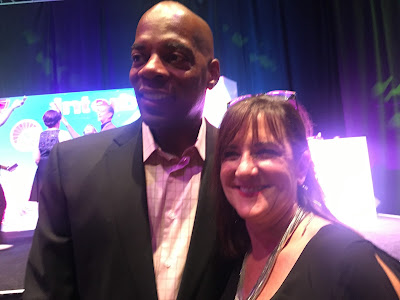 And every industry has a Ray Keener, a super friendly guy who writes about the industry and has a good common sense approach about how the industry products fits the needs of the consumer.

Ray is the kind of guy who knows someone in every sector of the bicycle industry and talks in every day language about bicycling to people outside the bicycle world.

He was also one of the night's award presenters. 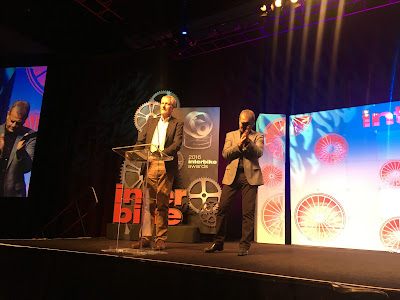