My dad is 79 and enjoys riding his bicycle. 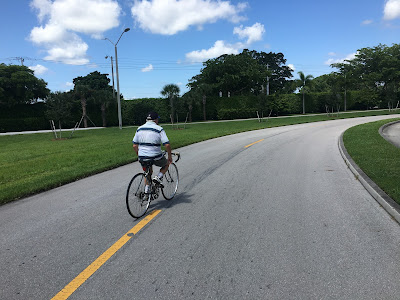 But he's not one of those old guys who wears spandex and a bike jersey and rides in those organized bicycle events where they're blaring, Kool & the Gang's "Celebration," before the start and handing out free packets of GU energy gel.

No, he's wearing plain, ol' shorts with a 15-year-old T-shirt and pedaling a 30-year-old steel Raleigh in his tennis sneakers and ballcap.

One of the highlights of moving back to Florida from Las Vegas is biking with my dad. My mom died three years ago and my dad is getting up there in age, so how many years will I have to pedal alongside my dad? 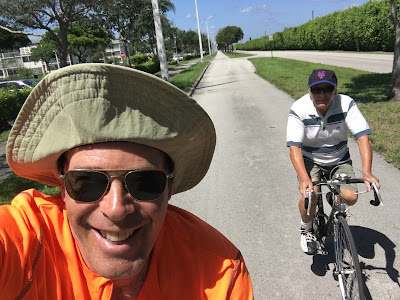 Florida is not the ideal place for me to live. The worst governor in the country is here in Florida and it's muggy with bugs all over the place. I miss the mountains and the three-dimensional terrain of Nevada and the Far West.

But I found a news writing job in a small city called Vero Beach that pays the bills and I get to bike with dad, who lives less than two hours away.

Nothing can replace that. It's priceless.

A few days ago, my dad and I biked around the perimeter of Century Village in west Boca Raon off Lyons Road. I had give that Raleigh road bike to my dad about 30 years ago, so it's a relic compared to the new snazzy equipment that passes for road bikes these days. 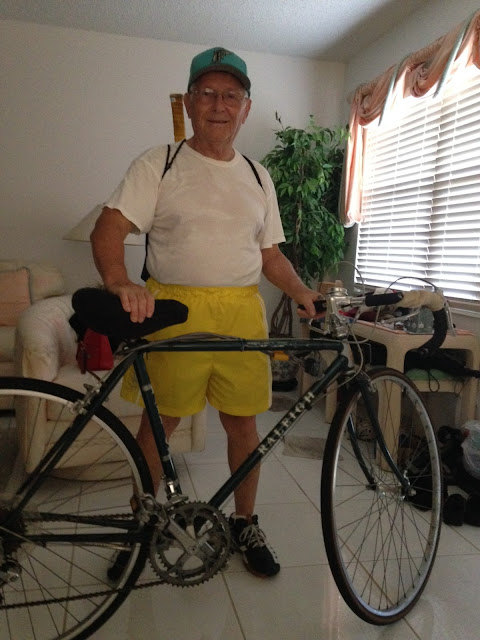 Century Village not only has a regular road but it also has a bus lane and even a walking path. On this quiet Sunday afternoon in early September, when it was not as muggy as usual, we biked 3.77 miles around the edge of Century Village. It might not seem like much of a distance to you but I was caught off-guard by my emotions as my dad and I pedaled together. I have many friends who have lost their dads and they would do anything to experience what I was doing -- riding bikes with dad.

We had biked a few other places, too. When I lived in Las Vegas, I had my dad bike my Surly Pugsley. 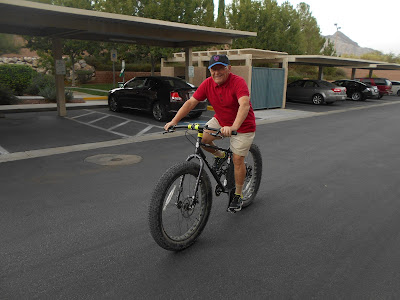 My dad's Raleigh is heavy and I offered to pump up his tires but he didn't want more air in his tires.

He was perfectly happy biking the Raleigh. He uses it to pedal to his daily morning tennis game. 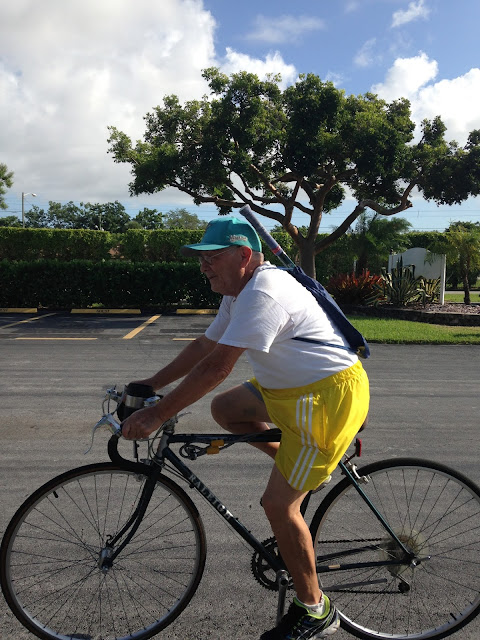 And I respected that. He was perfectly content riding the bike he was using.

And when you're happy with what you have, you live life in peace.