Bicycle Bash Posters Through The Years

It's hard to believe SWFBUD's Bicycle Bash is in its fifth year in 2010. Through the years, we have had talented poster designers offer their skills to come up with attractive posters. This year, Steve Turner has stepped up and provided our primary and secondary posters. 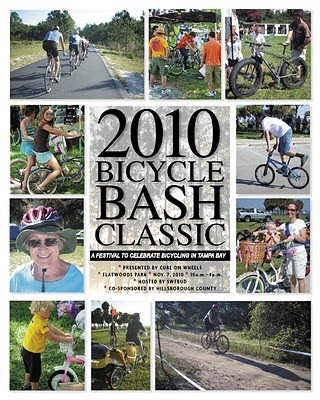 In 2009, the talented velo-loving Chip Haynes of Clearwater came up with this poster. We moved the Bicycle Bash to North Straub Park, around the corner from Vinoy Park, in downtown St. Pete. 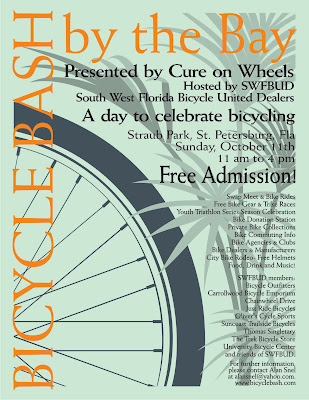 And Sara Quinn, a talented and gifted designer at the Poynter Institute, created this cool poster as well for the 2009 event.

In 2008, Steve Turner, my Seminole Heights neighbor and a designer at the Tampa Tribune, came up with these two Bicycle Bssh posters to complement Chip's poster work. The Bicycle Bash was at Vinoy Park again. 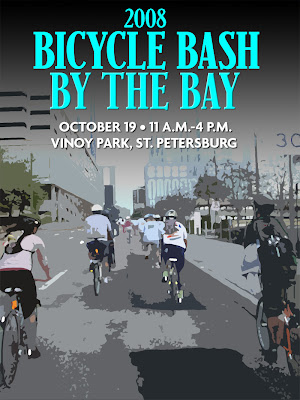 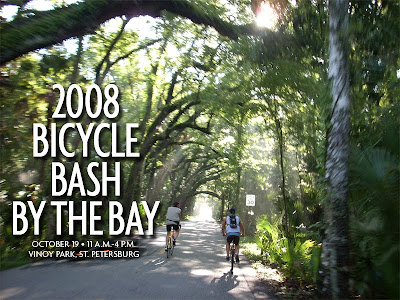 In 2007, SWFBUD moved the Bicycle Bash to Vinoy Park on St. Petersburg's downtown waterfront and the Chip did the first of his Bicycle Bash poster. 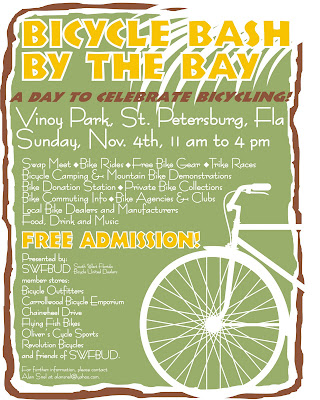 In 2006, I worked with David Luppino -- then-owner of Carrollwood Bicycle Emporium -- to put on the first Bicycle Bash. It was held on the plaza outisde of the St. Pete Times Forum in downtown Tampa before a Sunday afternoon Lightning game.