RIP Britt Hardy, A Voice For Bicyclists At The Florida DOT 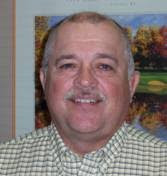 Only a few weeks ago I was chatting bicycling with a friendly Midwestern guy who also happened to be a road engineer and designer for the local Florida Department of Transportation office.

Britt Hardy, who loved to commute on his receumbent bicycle from his Brandon area home to the DOT office in Tampa, was talking about roads in Hillsborough County he loved to bike on. We were both sharing pizza and soda pop at a party at Splitsville held by the Tampa BayCycle folks.

Britt was a vital voice for bicyclists at the DOT, not exactly known as a bastion of bicycle progressive thinking.

So I was saddened deeply after I came home this afternoon from a county bicycle map meeting to learn that Britt our DOT bicyclist had died only two days ago on Saturday.

The Tampa Bay area lost a champion for bicyclists and I will allow Scott Collister of the local DOT office to elaborate:

"It is with great sorrow that we share with you that our Design and District Seven family has lost a cherished employee and friend. Mr. George Britton Hardy passed away on Saturday, June 19, 2010. Britt was an exceptional family man who always shared stories about his family and their dinner table lectures with his district family. Britt was very active at his church, Nativity Catholic in Brandon, as a member of the church choir and as a key player in planning and executing their annual community “Novemberfest”.

"Britt joined the district team on May 20, 2005 as the District Roadway Design Engineer and built a strong roadway production section for District Seven. Britt was well respected by Central Office design staff, and the consultants he worked with for his engineering judgment and practical approach to design challenges. Britt shared his culinary skills during the Thursday Roadway Design breakfasts with us, with the aroma from his cooking lingering for everyone to envy.

"Britt enjoyed commuting to work on his bicycle. He was truly a champion of bicycle lanes and pedestrian facilities, and he was always ready to cite the Florida Statutes regarding pedestrians and bicyclists to district staff and consultant engineers. He enjoyed his annual fishing trips to upstate NY for salmon and reuniting with lifelong friends.

"He is survived by his wife, Marianne, children Aaron, Stephanie and David, three grandchildren, and his mother and sisters.

"He will be dearly missed by everyone who was fortunate to have known him."
Posted by Alan at 12:08 PM