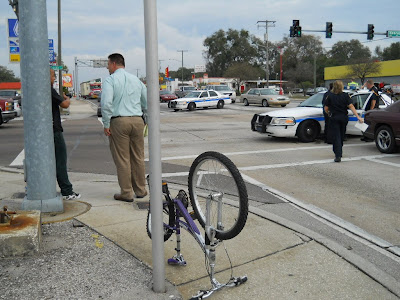 The car driver sat at the Nebraska-Hillsborough Avenue intersection in Seminole Heights and asked someone for a cigarette. Just before, the maroon Monte Carlo he was driving struck a bicyclist.

The motorist was heading west on Hillsborough Avenue and had the right-of-way and a green light when he struck a bicyclist dodging traffic AGAINST the red light, an eyewitness told me.

The bicyclist was struck, smashed into the car's windshield and landed across the intersection, the eyewitness said.

The eyewitness said the bicyclist was not wearing a helmet and appeared to have very serious head injuries.

Another bicyclist making a wrong move -- never cross a street against a red light. Especially at an interscetion as busy and as dangerous as Hillsborough and Nebraska.

The rear wheel is wrecked. 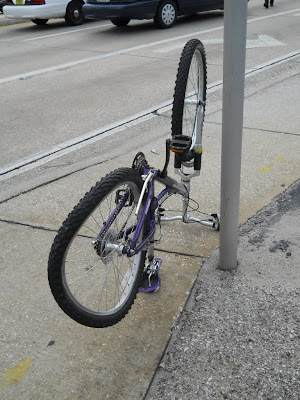 The intersection is closed at 3:30 PM 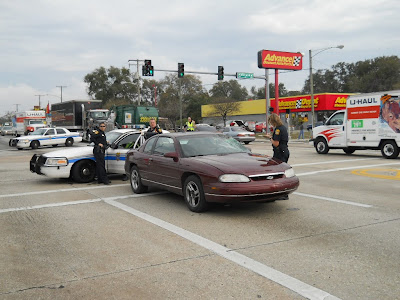 The bicyclist flew into the windshield and landed across the intersection, the eyewitness told me. 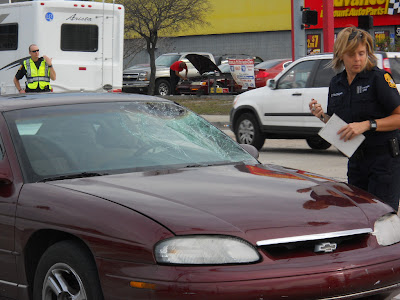 The upset driver sits after talking with a police investigator, who interviews an eyewitness. 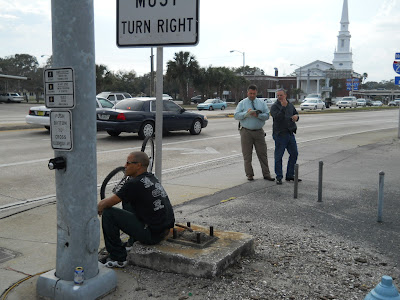 With the intersection off-limits to traffic, this idiot car driver goes right through before stopped by police. 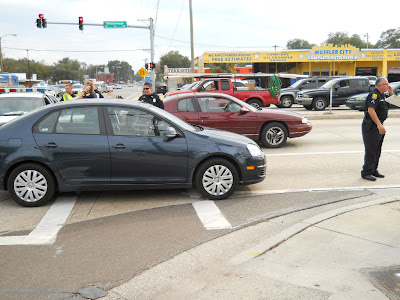 Is the bicyclist ok? I passed by before the intersection was closed and saw the man on the ground. My 9 year old saw him as well and it wasn't something he should have witnessed.

THE GUY WAS RUNNING WITH A BIKE THROUGH TRAFFIC.
HE WAS NOT RIDING HIS BIKE WHEN RUN OVER.


I SAW THIS ACCIDENT COMPLETLY.

the guy ran through 4 lanes of green light traffic and was hit when he popped up in teh center of the road after crossing in front of a box truck.....