With the Tampa city mayor and city council election just three days away, today I broke out the Turanchik For Mayor bicycle trailer and pedaled over to South Tampa, where I met Jason Wilson, candidate for citywide District 3. Jason was working the streets for votes in his native Palma Ceia neighborhood. Then it was off to the Jan Platt Library, where a whole bunch of candidates and supporters held signs and begged people for votes. 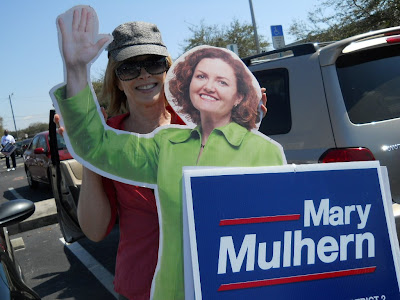 Julie Jenkins biked over to vote == Julie is a pro-bicycle council candidate running in District 4. 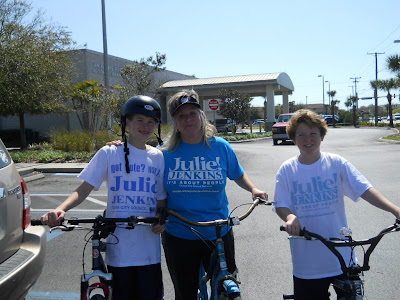 So, I'm bicycling on the ramp from Bayshore to Davis Islands and that's the Chipster with his kayak and his Turanchik sign. 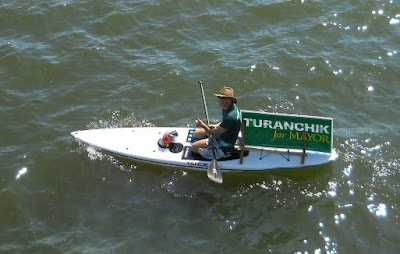 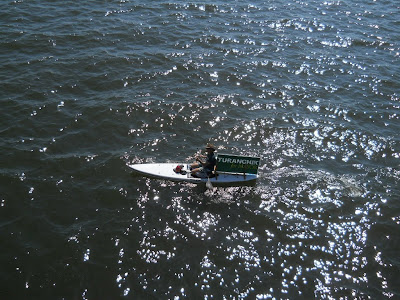 I pedaled over to the Flan Festival and the Fiesta scene in Ybor City and saw Julia with the ghost tour and the Turanchik banner. No bicycles along this wall in Ybor City. Don't think so. 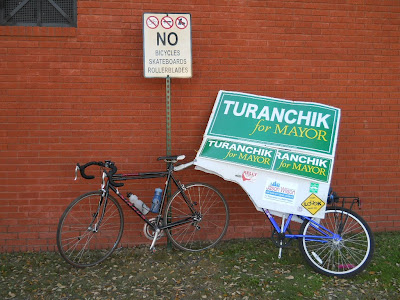 It was bound to happen -- someone had a little too much fun with the Greco Gimme 5 hand. 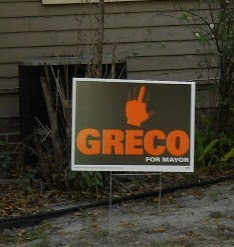