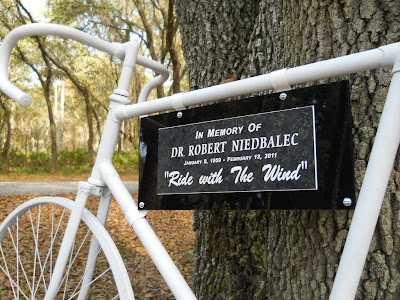 Two weeks have passed since a careless and speeding motorist killed bicyclist Robert Niedbalec, a 52-year-old vet from Temple Terrace who was biking in the bike lane along Fletcher Avenue.

Today, I joined Robert's wife and daughter; his co-workers from the vet's office where he works, his brother Jack and other family friends and some bicyclists to remember Robert with a bittersweet rememberance ceremony and short bike ride at Lettuce Lake Park.

Dan made the ghost bike. Tragically, it's the fourth ghost bike in the Tampa area since last Augist -- and they represent only a fraction of the number of bicyclists who have been killed around the metro Tampa Bay area. 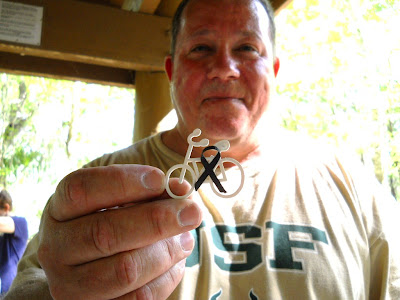 Dan is a new friend who contacted me via email about wanting to make the ghost bike and he showed the initiative and hard work to get an old bike from Mike Olsen at God's Pedal Power, paint it white and install a beautiful plaque.

Courtney at the vet's office along with her co-workers brought T-shirts and bicycle pins painted white with a black ribbon in Robert's memory and we biked and walked about 20 minutes along a paved trail at Lettuce Lake Park.

Before the ceremony, Robert's wife Kathryn and Robert's daughter Kate took photos of the ghost bike and the message. 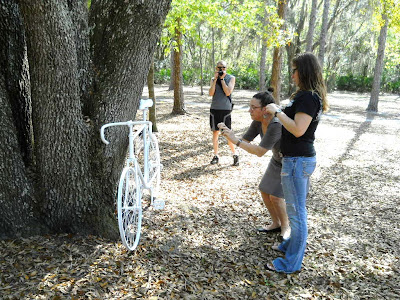 A touching moment: Dan tells Kathryn, "If one motorist sees the ghost bike and slows down and saves a bicyclist's life, then it was worth making this." 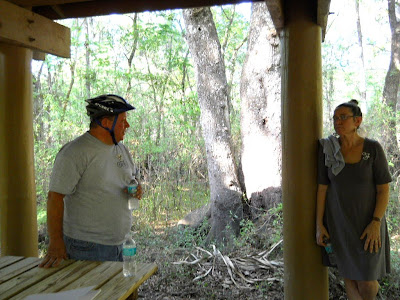 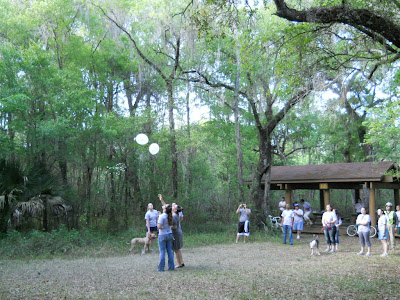 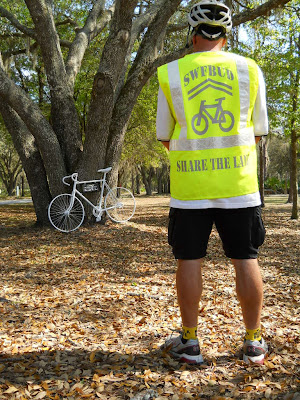 Dan and I plan to install the ghost bike next Saturday.
Posted by Alan at 1:41 PM