Thank you for listening to my concerns today regarding the bike lane on eastbound Fletcher Avenue as it approaches 56th Street.

Generally speaking, the county has done a nice job with the bike lanes on resurfaced Fletcher Avenue. But I ride my bicycle on Fletcher Avenue all the time and it came to my attention recently that the county failed during its resurfacing to properly stripe a bicycle lane straight through the 56th Street intersection as bicyclists travel east on Fletcher Avenue. I have attached photos.

This is especially disappointing when you consider that a workshop consultant for the county's bicycle safety action plan being crafted specifically showed two before-and-after photos of an intersection without a through bike lane and then the same improved intersection with the through bike lane -- which is the proper design. That could and should have been done on eastbound Fletcher at 56th Street.

I hope Hillsborough County can fix the bicycle lane design on Fletcher Avenue at 56th Street so the bike lane runs through the intersection instead of to the right of the right-turn lane.

Thank you for your help and I appreciate your time and efforts regarding this bicycle safety matter.

Here is the story in photos:

As I approach 56th Street, I'm looking for the bike lane to head straight through the intersection. 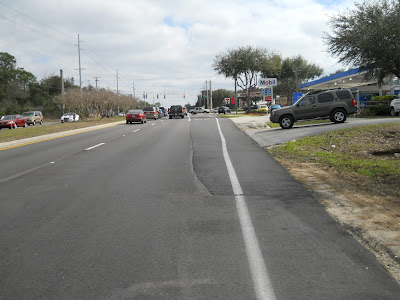 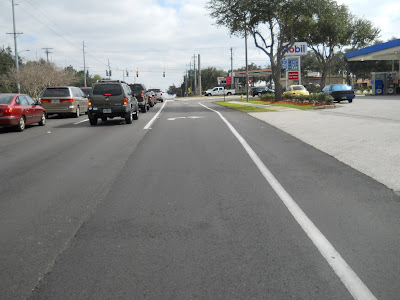 The standard is for bike lanes to continue through an intersection -- but not this one. 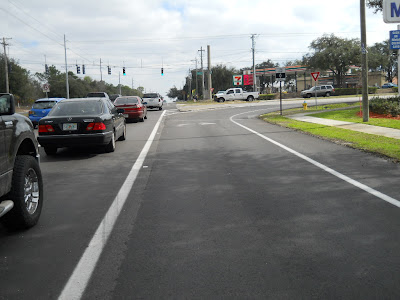 If you follow the bike lane and want to continue through the intersection, you have to bike across the right-tirn lane to get back on track, Potentially dangerous. 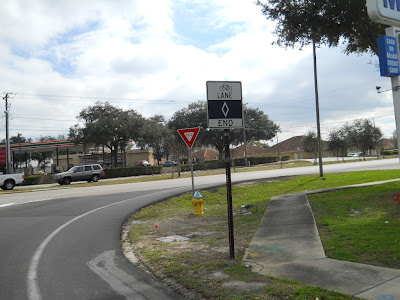