I bicycled the rolling Ed Turanchik For Mayor billboard right into the historic trolley barn at The Heights tonight for the candidates forum sponsored by the Tampa Heights neighborhood association.

Ed posed next to the famed bicycle billboard, which will be featured at Friday's bicycle awareness bike ride being held by Ed. It will start at 6 PM at The Independent and arrive at the Tampa Convention Center at 6:30 PM for a bike awareness rally. 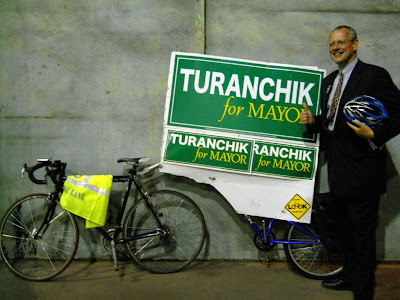 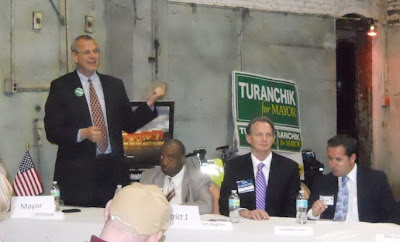 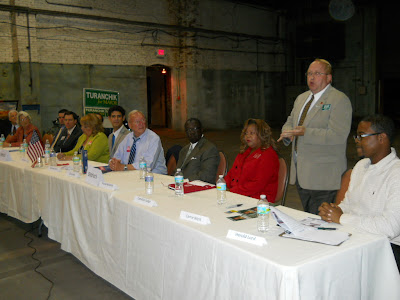 Council candidate Jason Wilson, a pro-bicycle candidate running for citywide District 3, poses next to the rolling billboard tonight, too. 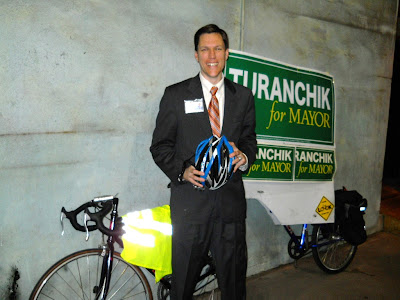