There are some impressive retail bicycle shops out there that look like mini velo cathedrals like Las Vegas Cyclery and Wheat Ridge Cyclery outside Denver.

But there are many hole-in-the-wall mom-and-pop operations like Pro Cycles, a 1,000-square-foot shop in an anonymous strip center among many non-descript strip centers along the wide-paved strip known as U.S. 1 in Stuart, about 35 miles north of West Palm Beach.

John Silvia is a one-man operation in this shop and at age 60 and with more than three decades in the bicycle retail business, he now owns all the inventory in the shop. He sells Jamis and KHS bikes, choosing to sell brands that have been muscled out by the big guns of Trek, Specialized and Giant. 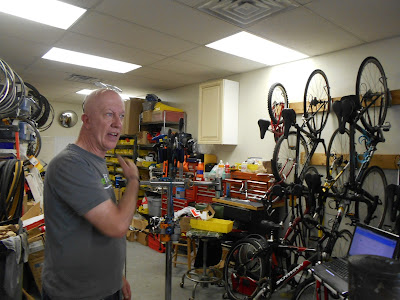 There are about 25 bikes or so in his small shop, So his bread and butter is service. He estimates at least 60 percent of his revenues come from repairs and service.

Silvia is the flip side of the retail bicycle scene that mostly focuses on the razzle-dazzle big shops. Instead of sparkling and brightly lit retail spaces with impressive display shelves and walls covered with outdoor scenes, Silvia's shop offers more of the old-school sheen. He's proud of two case units he brought from his house to display helmets and shoes. 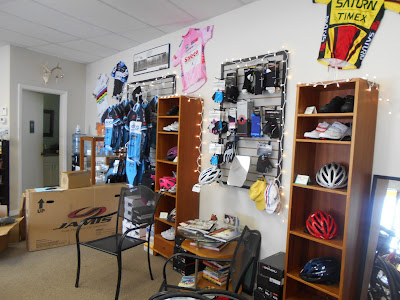 Signed race jerseys on one wall show that Silvia has been around the block in the bicycle industry and he still comes out to Interbike in Las Vegas to hang with some Belgium bike industry folks. 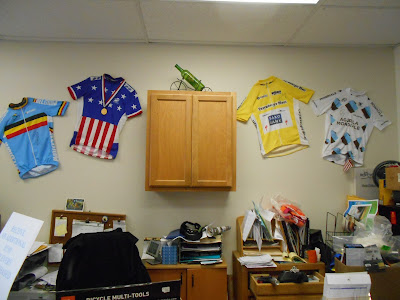 The retail scene is a big tent and it's good to see the John Silvias still getting his hands dirty with chain grease. 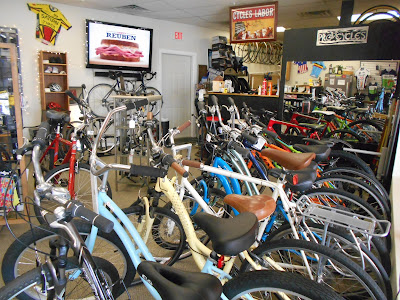 John is one of the best wheelbuilders and mecanics in the industry!passing on his wisdom to young people who he trains in his store or give tips while joining them in his famous grouprides.
A nice store with the highest quality of european and usa brands available. So if your nearby and you love cycling...just stop by and meet his best friend homie and have a fun time talking about cycling and the latest in the industry! Keep up the great work john!! Stijn

Glad to see another independent shop - tell him about how Flying Fish stopped Giant after Giant sold them $200K of "must buy" inventory and then set up a competing company shop less than 1/4 mile away. The judge awarded FF $200K in monetary damages and $2M in punitive damages (under appeal)